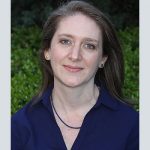 Melissa Caolo (AR 752 – Leadership and Entrepreneurship in the Commercial Performing Arts) is currently managing director for Camp Broadway, LLC, based in New York City. Currently celebrating 25 years as Broadway’s original destination for theater-loving kids, Camp Broadway offers signature musical theater and special event programming in New York City and 10 partner cities throughout the United States, as well as collaborations with international partners in Honduras, Portugal, China, and Korea. Along with overseeing all administrative and creative staff, Caolo manages and implements operations for programming and events in all locations. More 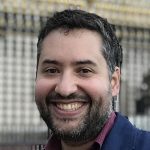 Jason E. Grossman (AR 751 – Commercial Production: The Broadway Model) is a Tony and Olivier award-winning theatrical producer and founder of Plush Theatricals. He is the lead producer of the musical Romantics Anonymous (Shakespeare’s Globe Theatre and US Tour 2020) and co-founder of Radio Mouse Entertainment. Currently, with Radio Mouse he is a co-producer on Come From Away (Broadway, West End, National Tour, Toronto, and Australia). Other credits include Vanya and Sonia and Masha and Spike (winner of the 2013 Tony Award for Best Play), starring Sigourney Weaver and David Hyde Pierce; the Broadway and National Tour engagements of Peter and the Starcatcher (winner of 5 Tony Awards); The Pee-Wee Herman Show on Broadway; and the Olivier Award-nominated West End production of Lend Me A Tenor: The Musical, a new musical comedy based on the international hit play by Ken Ludwig. More 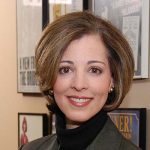 Susan E. Lee (AR 753 – Current Trends in the Performing Arts Industry) has been an innovator and an industry leader for more than 30 years, working with many theatrical producing companies and non-profit arts organizations. She introduced Camp Broadway, LLC, in 1995 and has since managed the brand, business, and program development. In addition to her role as founder and managing member of the company, she served as chief marketing officer for The Nederlander Producing Company of America, where she oversaw new business partnerships and marketing. During her time with the company, she successfully developed and launched Audience Rewards, now the official loyalty program for Broadway; The National High School Musical Theatre Awards, aka The Jimmy’s Awards, named in honor of James M. Nederlander; and InTheatre Network, which is now operating across all Broadway theatres. More 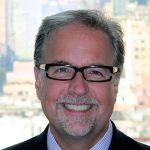