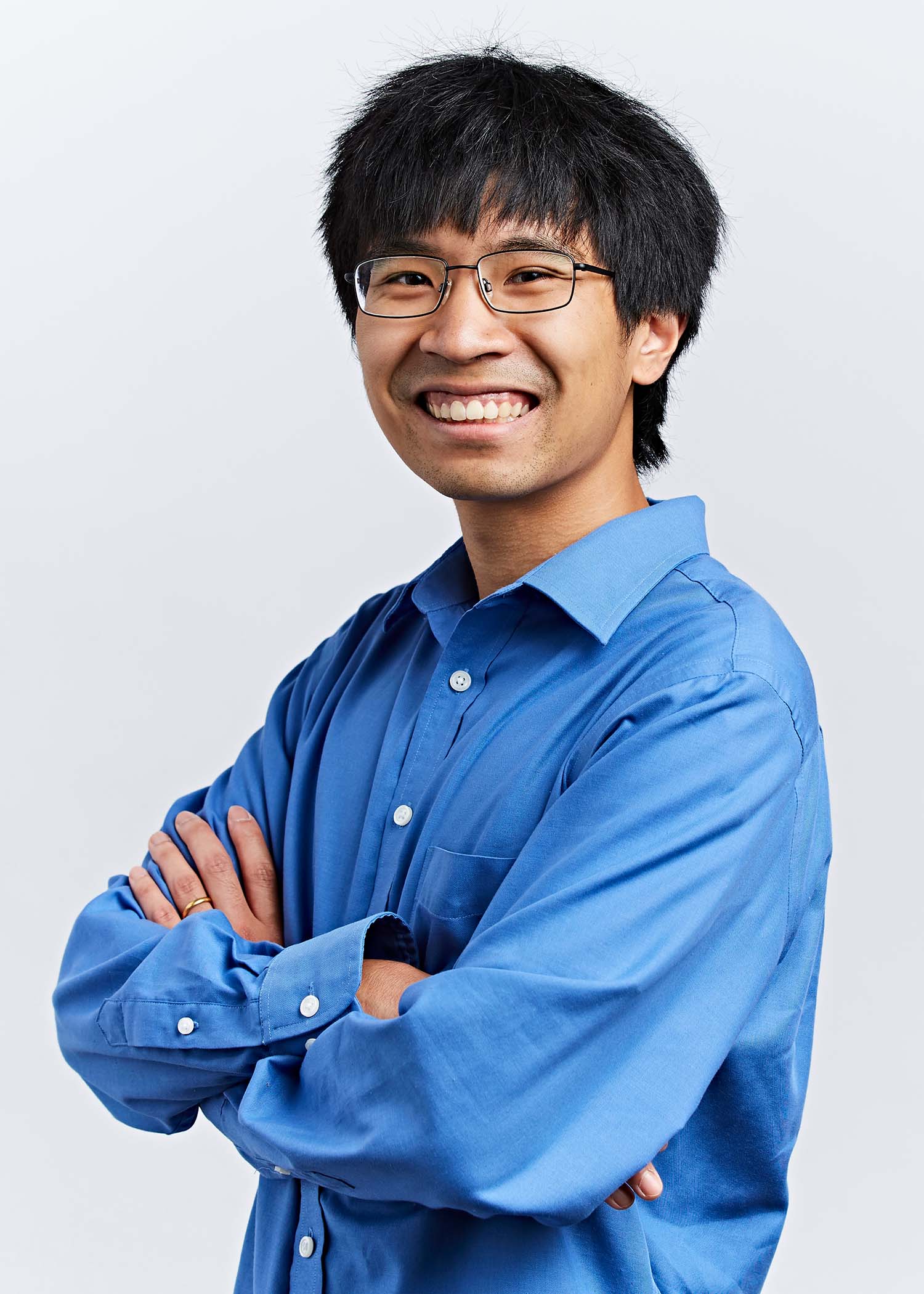 Mark Bun, a Boston University College of Arts & Sciences assistant professor of computer science, is one of 118 early-career scholars to be awarded a respected 2022 Sloan Research Fellowship. The Sloan Foundation, which awards each fellow $75,000 to be spent over a two-year term on any expense supporting their research, says its winners “represent the most promising scientific researchers working today. Their achievements and potential place them among the next generation of scientific leaders in the US and Canada.”

Since the first Sloan Research Fellowships were awarded in 1955, a total of 56 BU faculty—including Bun—have received the fellowship. The Brink asked Bun about his work and what inspires him in his research.

The Brink: Do you remember the first thing you programmed on a computer, and what did you learn from that experience?

Bun: As far as computer scientists go, I think I have an unusual answer to this question—it was whatever the first programming assignment was for the intro to programming class I took in undergrad. I think it was to print out the lyrics to a cumulative song, like “The Twelve Days of Christmas,” except [the song was] about writing code. For a bit of context: I discovered computing relatively late. My dad is a software engineer/data scientist, so I grew up actively resisting anything of the sort, and planned to be an economist. But I guess the apple doesn’t fall far from the tree.

The first personal project I remember working on was to write a virtual planimeter. This is a device that lets you draw the outline of a shape (an oval, a trapezoid, or whatever wacky piecewise smooth closed curve you want) and determines the area of that shape. We learned how and why these things work in calculus—the principle is an application of Green’s theorem—but they struck me as so magical that I had to see one in action. Unfortunately, I remember these things being kind of expensive on eBay and I’m sure I would’ve sawn a finger off trying to build a real one, so programming one was the next best thing. In a small way, this illustrated the power of computing to bring abstract ideas to life and to make knowledge more broadly accessible.

The Brink: The Sloan Research Fellowship rewards creativity. What’s your approach to finding creative solutions to old problems? Any tricks or tips you can share?

Bun: The best way to crack interesting research problems is, hands down, to work with awesome collaborators. But beyond that, here are a few approaches I’ve found useful:

1. Embrace failure. I go into every bout with a problem expecting to fail, and at least 95 percent of the time I do. Then, for the other 5 percent of the time, I can’t even tell I succeeded until a while after the fact. One of my favorite things about mathematical research is how rewarding failure can be—I usually learn more about a problem from repeatedly failing to solve it than from the one time I succeed. And coming up with a systematic explanation for why an approach to a problem is doomed to fail can be more interesting than actually solving it.

2. Old problems are hard to solve for a reason, so I usually try to turn them into new problems. Generally, this means trying to isolate the simplest part of the problem I am confused about and doing whatever it takes to make myself less confused. In the spirit of seeking failure, if I’m stuck on problem X, I ask myself why I can’t solve the harder/more general problem Y, hoping that attempting to solve Y will fail in an instructive way that will help me understand X. But then sometimes if I’m lucky (unlucky?), I’ll fail at failing and actually solve the harder problem Y.

The Brink: How could your research and work impact or improve the life of someone reading this?

Bun: A lot of my work is on the algorithmic aspects of data privacy—how can we analyze sensitive information about individuals while providing meaningful safeguards on their privacy? I contribute to technology that will let an entity—such as the Census Bureau, a tech company, or someone running a research study—analyze your data in a privacy-respecting way, and transparently communicate to you how much risk to you that analysis incurred. Even if one doesn’t really care about their own privacy (I personally am quite blasé—like, I’ll eagerly answer a prying ad survey in exchange for a few cents of app store credit), it still matters insofar as one believes in ideals like an equitable society. For instance, without an expectation of privacy—among other guarantees—it is impossible for marginalized individuals to have full representation in institutions without the fear that their data could be misused against them.

The Brink: The Sloan Research Fellowship is for young trailblazing researchers. When you hit the end of your career and look back, what would you like to have achieved?

Bun: Nothing would be more rewarding than to have everything I’ve ever done rendered obsolete because my students figured out a way to do it all better.

The Brink: What other outlets or hobbies do you have for your curiosity and creativity? How do they shape you and your approach to your work?

Bun: During the pandemic, I began baking more. I’ve always liked to cook, but I used to really not like baking. Unlike other forms of cooking, where you get to taste, season, and adapt as you go, the process of baking always struck me as, “combine these exact quantities of ingredients in exactly this order and bake at this temperature for this long, lest you end up with a tasteless brick or an explosion in your oven.” And I get bored too easily to follow recipes. Only recently did I begin to delve more into the principles behind recipe development and understand how modifying recipes can lead to predictable outcomes. Here’s a simple one I learned from [writer and cook] Samin Nosrat: The type of fat—oil or butter—called for in a cake recipe determines the type of crumb the developer was after. Oil inhibits gluten formation and promotes water retention, leading to a moist and tender crumb, whereas butter gives a denser crumb that’s richer in flavor and texture. I love moist cakes, so I always sub butter for oil and never look back; but I know that should I ever aim for richness instead, I’ll do the opposite.

Understanding some of these principles and discovering how to be creative in baking is what made it so much more enjoyable for me. Riffing on a recipe can be a lot like hacking on a research problem. If I try using technique X (e.g., tomatoes) on problem Y (e.g., chocolate cake), what improvements might I expect? Answer: absurd chocolatyness. What things will break? The pH balance. What other techniques can I throw in to fix them? More baking soda. Can I conclude all of this without actually doing any calculations? Or baking the cake.