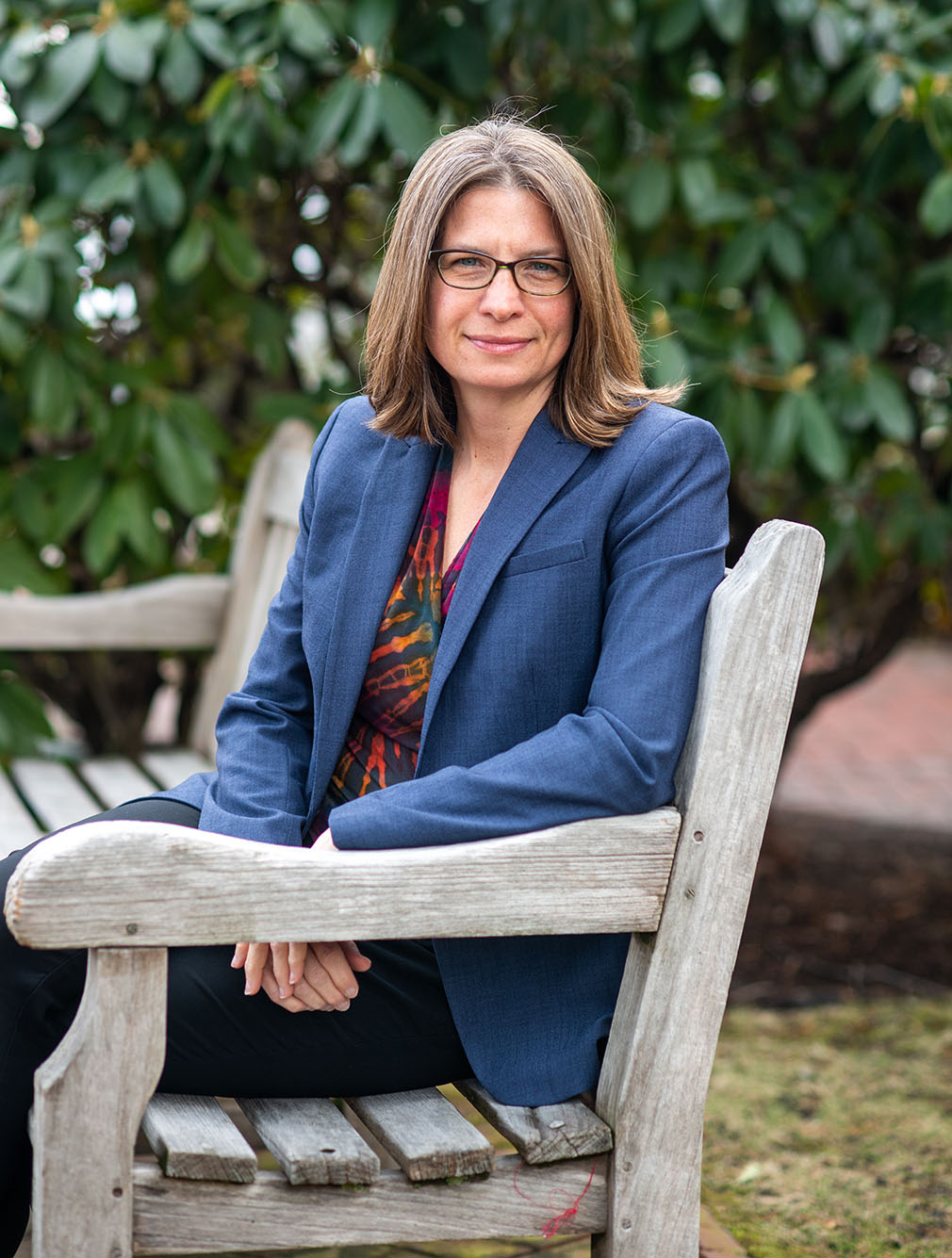 Brenda Phillips started practicing meditation 15 years ago, but it wasn’t until 2016 that she began to scientifically explore its potential for women who have been diagnosed with cancer.

Brenda Phillips, a psychologist and Buddhist chaplain, is working to advance cancer care for women through mindfulness practice and scientific research

Mary Keefe has been meditating for many years, but her dedication to the practice of stepping back and slowing down the mind took on a new meaning after she was diagnosed with stage three ovarian cancer in 2019.

“Cancer is like a trauma for many people, so negative feelings can be intensified,” says Keefe. The Buddhist idea of impermanence—and how negative feelings, emotions, and states of mind don’t last forever—became a comfort, allowing her to concentrate on enjoying time with her husband and children. “I can get into a meditative state, my heart rate and breathing slow down, and I can allow in whatever thoughts or feelings I’ve wanted to ward off—grief, fear, anger, angst, bitterness—and allow myself to feel it.” If an emotion becomes overwhelming, she says, it’s helpful to shift the attention to breathing, and then return to the difficult feeling. “This has allowed me to enjoy my life more fully, despite my diagnosis,” she says.

One of those guiding her in her practice is Brenda Phillips. A meditation teacher, research psychologist, and Buddhist chaplain, Phillips is also a senior lecturer in Boston University’s Department of Psychological & Brain Sciences. Every other Tuesday, she leads a virtual guided meditation for members of the Virginia Thurston Healing Garden Cancer Support Center in Harvard, Mass., including Keefe.

“Mary is the inspiration for much of what I do,” Phillips says. And Phillips’ teaching and guidance through her meditation group, Keefe says, has been instrumental in helping her process her diagnosis and be present in her life.

“Meditation doesn’t have to occur in a religious context,” Phillips says. “It is really about understanding how contemplation and voluntary solitude give purpose and meaning to people’s lives.”

In BU’s Lab for Contemplative Studies, Phillips and her team explore how practices like meditation, prayer, chanting, walking in nature, and other mindful activities may help women cope with cancer.

“Historically, women have been at a disadvantage and prevented from taking time in nature, and sitting alone,” she says. “We should all feel free to do these things and have the time, energy, and resources to take time away relationally, no matter the circumstance.”

The Healing Power of Mindfulness and Nature

Phillips started meditating and attending mindfulness workshops about 15 years ago. But it wasn’t until 2016 that she began to scientifically explore its benefits and potential.

The morning after former President Donald Trump was elected, she biked her nine-mile commute down the Charles River Esplanade, wondering how his election might shape her social psychology class. When a student who’d recently immigrated to the United States with their family began crying, Phillips says, it inspired her to think about how she might use her training as a psychologist and a longtime meditator to not only help people through moments of political and social change, but also study the best ways of doing so.

This meant transitioning to clinical research—and it also meant going deeper into her own practice. She studied at the Upaya Zen Center, a Buddhist monastery and educational center in Santa Fe, N.M., to become a certified chaplain.

“One of the most important things I learned at Upaya is that we need to explore our own suffering and work to dismantle our biases if we wish to serve others wholeheartedly,” Phillips says. “As researchers and clinicians, it is important to greet the world with an open front and strong back.”

Scientists have long known about the health benefits of meditation, with some research suggesting that practicing meditation can help alleviate anxiety, depression, insomnia, symptoms of irritable bowel syndrome, and high blood pressure, as well as lead to better mental health and well-being. There is also mounting evidence about the healing power of nature, with research pointing to the physical and mental benefits of getting outdoors in some capacity. Through her work in the lab, Phillips gets at questions like: How does contemplative practice help people process their cancer diagnoses? How is having access to solitude and time in nature a part of their healing? How can it help them to thrive?

“How can we tend to our minds the same way as we tend to our bodies?” she says. Her interest in helping cancer patients in particular arose while supporting the needs of loved ones as they died of cancer, Phillips says, and was reinforced by her mentor, the late health psychologist Robert Stern, who “talked about the mental and physical benefits that are derived from attending cancer support retreats in nature. I still reflect on his teachings.”

In one survey-based study of 130 women who’d been diagnosed with cancer in the past five years, Phillips found about 90 percent reported that voluntary experiences of solitude played an important or very important role in their lives. Spending time in nature was found to be highly important to the majority of women, and those who practiced meditation or prayer were significantly more likely to feel empowered than those who did not. The researchers are now working to recruit participants from more diverse backgrounds. This is especially needed, Phillips says, to understand the full scope of care needed for women of all races and ethnicities who have cancer.

She’s also collaborating with the John Templeton Foundation and colleagues at BU—including Deborah Carr, director of BU’s Center for Innovation in Social Science and an expert on well-being in later life, and Nicolette D. Manglos-Weber, a BU School of Theology assistant professor, who studies religion and community care—on multidisciplinary studies examining if people can flourish under difficult circumstances, with a focus on community interventions and programs.

It’s Phillips’ hope that the work in her lab will be able to advance clinical understanding in a number of areas, including the relationship between contemplative practices and a person’s ability to emotionally regulate, nature connectedness and mental health, and the emotional well-being of women living with cancer.

“The message she gives us is to have compassion for ourselves, our bodies, and other people,” says Keefe. “And that whatever we’re looking for is inside of us already. She has been helping us all open these doors for ourselves. It is an empowering message.”

There are 2 comments on Can Meditation and Mindfulness Help Cancer Patients Thrive?

Can Meditation and Mindfulness Help Cancer Patients Thrive?
2
share this