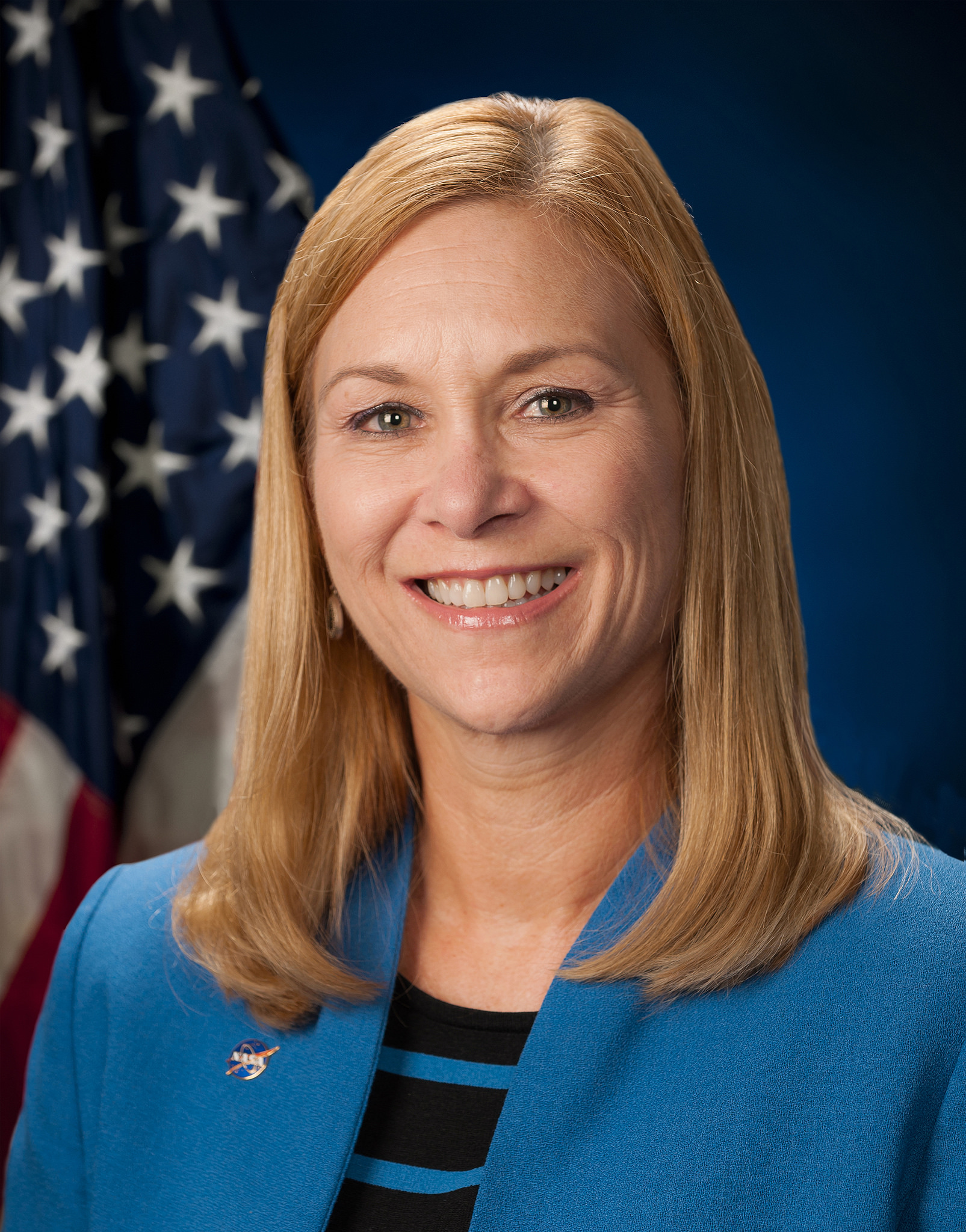 Petro (MET’88), the center’s 11th director, is a 14-year Kennedy Center veteran who had already historically reshaped its mission. Previously, as the deputy director, she helped steer the Merritt Island, Fla., center’s transformation into a launch pad for private space vehicles as well as government craft.

For half a century, the Kennedy Center—NASA’s premier launch site, built for the Apollo program that reached the moon in 1969—handled only the space agency’s missions. It opened to other users in 2015 as cutbacks at NASA freed up some of the center’s facilities. With private “space tourism” in the offing, critics object to the commercialization of space and the billionaires behind it. On news that Jeff Bezos will lift off from New Mexico this month for an 11-minute suborbital ride, tens of thousands signed a petition to keep him up there permanently. (Richard Branson beat Bezos aloft with his successful space flight on July 11.)

Petro, who graduated from West Point in 1981, earned a master’s degree in business administration from Boston University’s Metropolitan College. Bostonia caught up with Petro to discuss her path to NASA, space tourism, and major upcoming launches, among other things.

Bostonia: Some worry about the commercialization of space. How would you respond to those concerns?

Petro: I’m on the opposite side. I joined [NASA] when the space shuttle program was ending, and it was going to be devastating to the Kennedy Space Center in terms of workforce and programs. I was seeing all these great facilities and assets that space companies could use, but that NASA could not.

We are taking advantage of the success of the space industry, starting with [taking] cargo to the International Space Station. If NASA owns and operates all the assets associated with that, you’re going to pay the price for being the sole customer of that one spacecraft. [Now], other users can use that, as well. So the government wouldn’t be the sole funder of that vehicle. The cargo [arrangement] was so successful, that led to us doing something with astronauts the same way with the Commercial Crew Program, [which invests in private companies to develop crewed space transportation].

Bostonia: But do you have any safety concerns about space tourism?

Petro: I don’t really have any safety concerns. Passengers sign an informed consent, so they have an understanding of the risks. I think everybody knows that space is hard. Companies have a vested interest in the safety of their passengers as much as NASA does. They have blueprints from NASA as to what we do for our safety. I was never able to go up as an astronaut, so it’s really exciting that people like yourself and me [have] a possibility, as more companies are able to safely bring people up, to see Earth from high above.

Bostonia: Do you feel like a role model as Kennedy’s first woman director?

Petro: I don’t really think about that till people ask me. I was born at the right time, when there weren’t a lot of women in STEM fields going to West Point, being in the Army. I happen to be the first one leading what I call the crown jewel of this agency, the Kennedy Space Center. I think more about the awesome responsibilities and how I can effectively lead this amazing workforce first. But more and more meetings, I’m not the only woman in the room. Kennedy Space Center has built our senior management team so more than 50 percent of them are women.

Bostonia: When and how did you get interested in space?

Petro: I grew up here on the space coast of Florida. My father moved the family down back in the very early days of the space program. He worked on the test programs leading up to Apollo through the space shuttle. I got to watch those early launches from the beach. Probably my most vivid memory is watching Neil Armstrong step on the moon, watching with my family on the black-and-white TV in the family room. That really put, I think, space in my DNA. I did continue in the military; I flew helicopters, so a little pull toward the flying and air and space. Eventually I worked for aerospace companies where I processed payloads on expendable rocket vehicles as well as the shuttle.

Bostonia: What are the most important upcoming launches from Kennedy?

Petro: I’m going to give you two: Artemis I, which is our deep space exploration vehicle. It’s going to be the largest vehicle; everybody on the space coast is going to hear this vehicle when it lifts off, hopefully later this year. It’s going to be the first one going around the moon; we’re going back to where we haven’t been for more than 50 years. And then the second one, a couple of years out, bringing crew [to the moon].

The other is Starliner. Boeing is going to have their second test flight [uncrewed to the International Space Station] at the end of this month, and then hopefully we’ll get crew on. It’s so tight down here, the flight manifest is quite jammed up, which is kind of a good problem to have. But finding a sweet spot for that Starliner to bring astronauts to the International Space Station—giving us our second capability of bringing crew up there—is going to be a pivotal moment.

Bostonia: Were you as interested as everyone else in the government’s recent UFO report?

Petro: Yeeah! NASA’s always had a mission to see if there’s life out there somewhere. We haven’t found it yet, but that doesn’t mean we’re not going to continue to search for life or evidence that life might have been there. It’s interesting that it has come to the forefront. It’s OK to say, hey, let’s talk about those UFOs and what’s behind them.