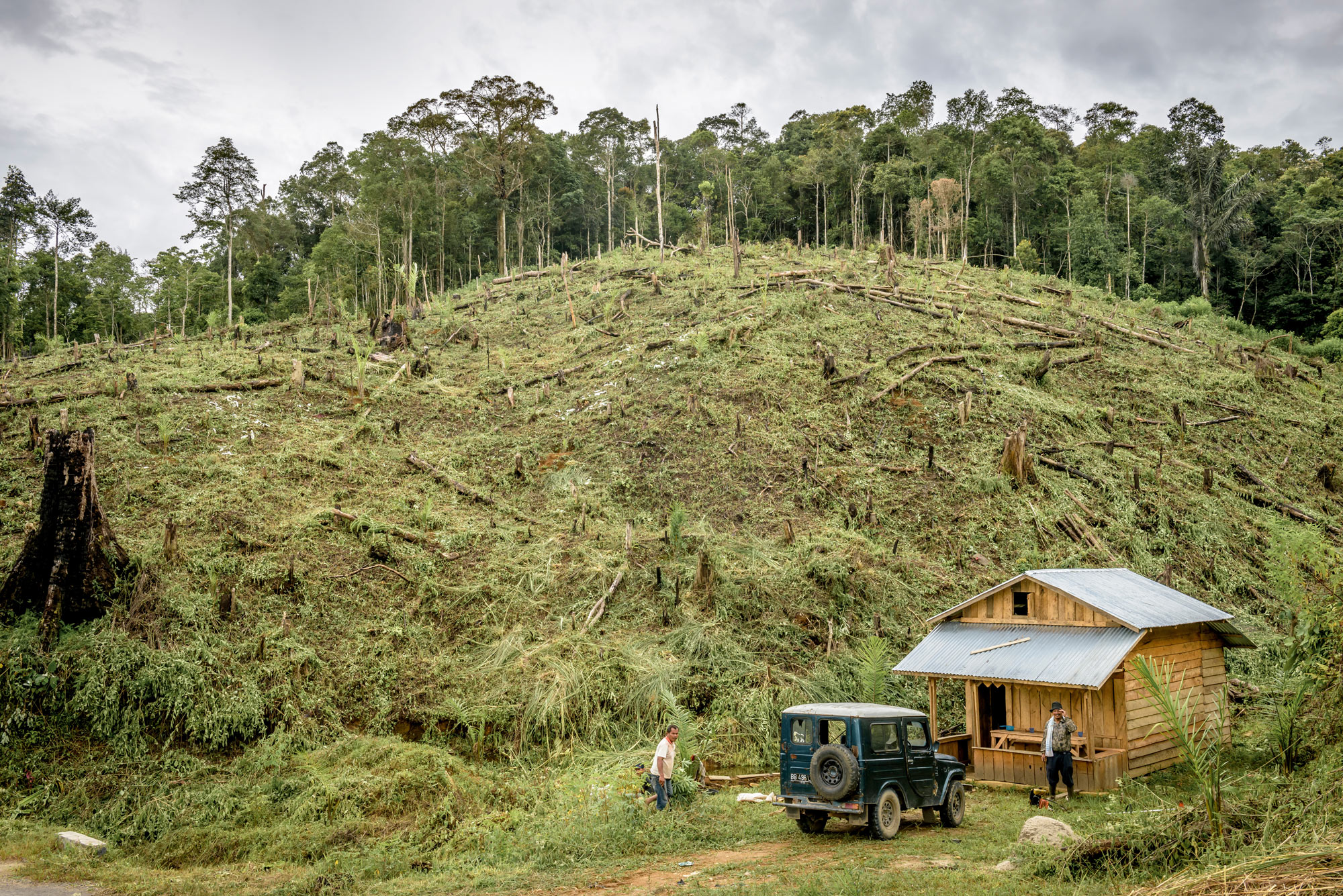 Slash and burn landscapes are common in the Marancar area of Tapanuli Selatan, North Sumatra, Indonesia. This kind of deforestation increases the number of edges of a forest, thus increasing the risk for disease transmission between species that would normally live in different ecosystems. Courtesy of © Conservation International/photo by Tory Read

According to new research, the failure to protect tropical rain forests has cost trillions of dollars stemming from the coronavirus pandemic, which has wreaked economic havoc and caused historic levels of unemployment in the United States and around the world.

For decades, scientists and environmental activists have been trying to draw the world’s attention to the many harms caused by the rapid destruction of tropical forests. One of these harms is the emergence of new diseases that are transmitted between wild animals and humans, either through direct contact or through contact with livestock that is then eaten by humans. The SARS-CoV-2 virus—which has so far infected more than 15 million people worldwide—appears to have been transmitted from bats to humans in China.

“Much of this traces back to our indifference about what has been occurring at the edges of tropical forests,” says Les Kaufman, a Boston University College of Arts & Sciences professor of biology.

He recently brought together 18 experts from Princeton University, Duke University, Conservation International, and other institutions, to better understand the economic costs of reducing transmission of viruses like the novel coronavirus. Looking at existing research, they made a startling realization.

They discovered that significantly reducing transmission of new diseases from tropical forests would cost, globally, between $22.2 and $30.7 billion each year. In stark contrast, they found  that the COVID-19 pandemic will likely end up costing between $8.1 and $15.8 trillion globally—roughly 500 times as costly as what it would take to invest in proposed preventive measures. To estimate the total financial cost of COVID-19, researchers included both the lost gross domestic product and the economic and workforce cost of hundreds of thousands of deaths worldwide. They published their findings in a policy brief in Science.

The researchers say disease transmission from wild animals to humans occurs frequently near the edges of tropical forests, where human incursions increase the likelihood of contact with animals. These incursions take the form of logging, cattle ranching, and other livestock businesses, and the exotic animal trade, among others. Tropical forests are often cut down in a patchwork or checkerboard pattern, increasing the amount of land that lies at the edges of the forest and thus increasing the risk for disease transmission between species that would normally live in different ecosystems.

To reduce disease transmission, Kaufman and his collaborators propose expanding wildlife trade monitoring programs, investing in efforts to end the wild meat trade in China, investing in policies to reduce deforestation by 40 percent, and fighting the transmission of disease from wild animals to livestock.

There are many people who might object to the United States fronting money, but it’s in our own best interest.

In China alone, wildlife farming (a government-monitored effort to sustainably hunt wild animals without overhunting them) is an approximately $20 billion industry, employing 15 million people, say Kaufman and his peers. In many China communities, the purchase of wildlife and bushmeat—meat from wildlife species—is a status symbol.

The researchers also propose to increase funding for creating an open source library of the unique genetic signatures of known viruses, which could help quickly pinpoint the source of emerging diseases and catch them more quickly, before they can spread.

Every year, two new viruses are estimated to transfer from animals to humans, the researchers say. Historically, these have included HIV, MERS, SARS-CoV-1, H1N1, and most recently, the SARS-CoV-2 virus that causes COVID-19. Kaufman and his colleagues hope that their report will spur governments around the world, including the US government, to help fund these preventive measures.

There are some signs of hope, they say, including the February announcement by the Standing Committee of the National People’s Congress that wildlife consumption for food or related trade would be banned in China.

“The pandemic gives an incentive to do something addressing concerns that are immediate and threatening to individuals, and that’s what moves people,” says Kaufman. “There are many people who might object to the United States fronting money, but it’s in our own best interest. Nothing seems more prudent than to give ourselves time to deal with this pandemic before the next one comes.”