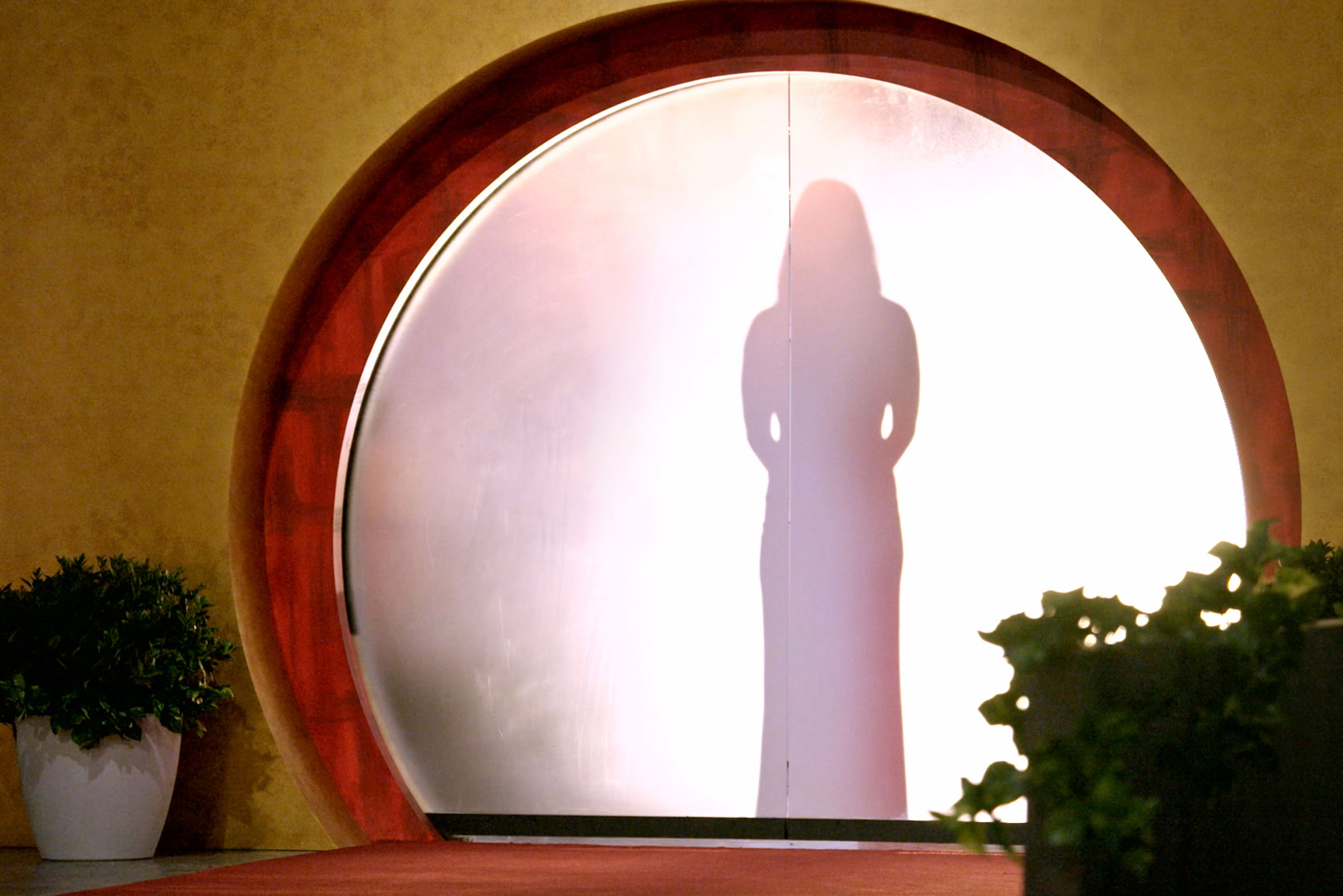 Only two out of five couples committed to marriage on the Netflix reality show Love Is Blind, leading the show’s fans to question whether the show’s love experiment was a success. Courtesy of Netflix

With the Netflix show Love Is Blind topping the charts, a BU anthropologist weighs in on the idea of falling in love without ever setting eyes on someone

Although they were strangers just hours before, five couples on the new Netflix hit series Love Is Blind agree to get engaged to a person they have never seen before.

Over the course of the next 38 days, the couples go through a whirlwind together, including a romantic getaway to Mexico, moving in together, meeting one another’s families, planning a wedding, and finally, walking down the aisle. In many ways, Love Is Blind is like every reality dating show, with inevitable drama and high-flying romance. But the fascination with this one is the creators’ attempt to eliminate the superficiality of dating by having people talk through a thin wall from separate rooms—called pods—and decide to get engaged without ever having laid eyes on each other, a process they call the “experiment.”

“There’s this vicarious fascination,” says Nancy J. Smith-Hefner, a Boston University College of Arts & Sciences professor and chair of anthropology, who researches courtship, marriage, gender, and sexuality; she watched Love Is Blind before our interview for this story. She’s familiar with similar shows, like 90 Day Fiancé and Married at First Sight. “You watch other people trying these radical experiments—in most cases leading to disaster,” she says.

In the end, only two of five couples ultimately make it down the aisle, with the other three falling apart at the altar in front of their loved ones. After the weddings, the creators of the show once again ask the central, driving question: is love blind?

“We’ve known for a long time people have had pen pals and have perhaps fallen in love over a long period of time,” says Smith-Hefner. But in Love Is Blind, the participants don’t have the luxury of time, nor do they know the physical appearance of the person they are talking to from their pod, an important factor of lasting romance that Smith-Hefner says is often  oversimplified.

“In anthropology, we say you fall in love with the person’s habitus, which is another way of saying you fall in love with the person’s embodied dispositions, as a projection of their personality,” she says. A person’s habitus, she explains, is linked to one’s class background, upbringing, and religiosity, whether a person is modest, flirtatious, open, or shy. “All of those things are aspects of personality that come across through appearance, but they’re not necessarily related to conventional aspects of beauty.”

When you’re working with big emotions, it’s imagination working in overdrive. So whether or not it’s lasting love, we don’t know.

There are a significant number of studies indicating that people tend to be attracted to others who share a socioeconomic background similar to their own, she adds, so “what we sometimes might think of as ‘love at first sight,’ or ‘blind love,’ can in fact be that we’re focusing on cues that the person is projecting that say something about their background and upbringing.”

Beyond attraction itself, building a healthy relationship is much more complex. Smith-Hefner has been studying the complexities of relationships and marriage in Indonesia for over 35 years, documenting the country’s massive social, cultural, and religious shifts within the context of interpersonal relationships. Her forthcoming book, Waithood: Gender, Education, and Global Delays in Marriage (Berghahn, October 2020), explores the recent phenomenon of women and men around the world waiting to marry much later in life compared to past generations.

“In the United States, we know marriage still remains an ideal; it’s just that finding someone is becoming more difficult,” she says. “These reality shows focus on the fears that many people have that they’ll never find the ideal partner.”

In the urban areas of Indonesia, where she spoke with hundreds of young people and college students for her book, Smith-Hefner found formal matchmaking services becoming increasingly popular and reliable avenues for finding a match. These services, many with religious roots, ask myriad questions about a person’s background, education, economic stability, spiritual beliefs, and other personal qualities that are more practical than emotional.

“The assumption is that you may know much less about this person sexually or emotionally before you marry,” she says, “but that love will grow out of sharing basic elements of background,” adding that this applies to matchmaking services across different cultures and religions. On Love Is Blind, many of the participants didn’t mention having debt, tough family dynamics, or a preferred living situation until just a few days before the wedding.

“I don’t know if this is because of the producers’ influence or the editing, but a lot of the focus of conversation is on emotion…big emotions and sharing emotions and feeling emotions,” with very little focus on compromise, decision-making, or how to work through problems together, Smith-Hefner says. It’s something she found puzzling, but also reflective of today’s dating culture in the United States, which centers on the need for deep emotional bonds more than other societies she’s researched around the world.

“Americans in some ways have reified this idea of big emotions and emotional connection, and the discourse of Love Is Blind is somehow [suggesting that] the focus on physical appearance is what’s getting in the way,” she says.

Yet, the participants seem to care a lot about their own appearance and conform to the beauty ideals typified by American television and film. This, Smith-Hefner says, does not set the stage for a successful experiment and only reinforces the societal focus on conventional beauty standards—not to mention the show’s emphasis on heterosexual marriage to the exclusion of other possibilities.

Despite the faulty experiment, one of the two couples who got married, Amber and Barnett, are still together a year after filming the show, crediting their bond to the unconventional way they met.

“When you’re working with big emotions, it’s imagination working in overdrive,” says Smith-Hefner. “So whether or not it’s lasting love, we don’t know.”