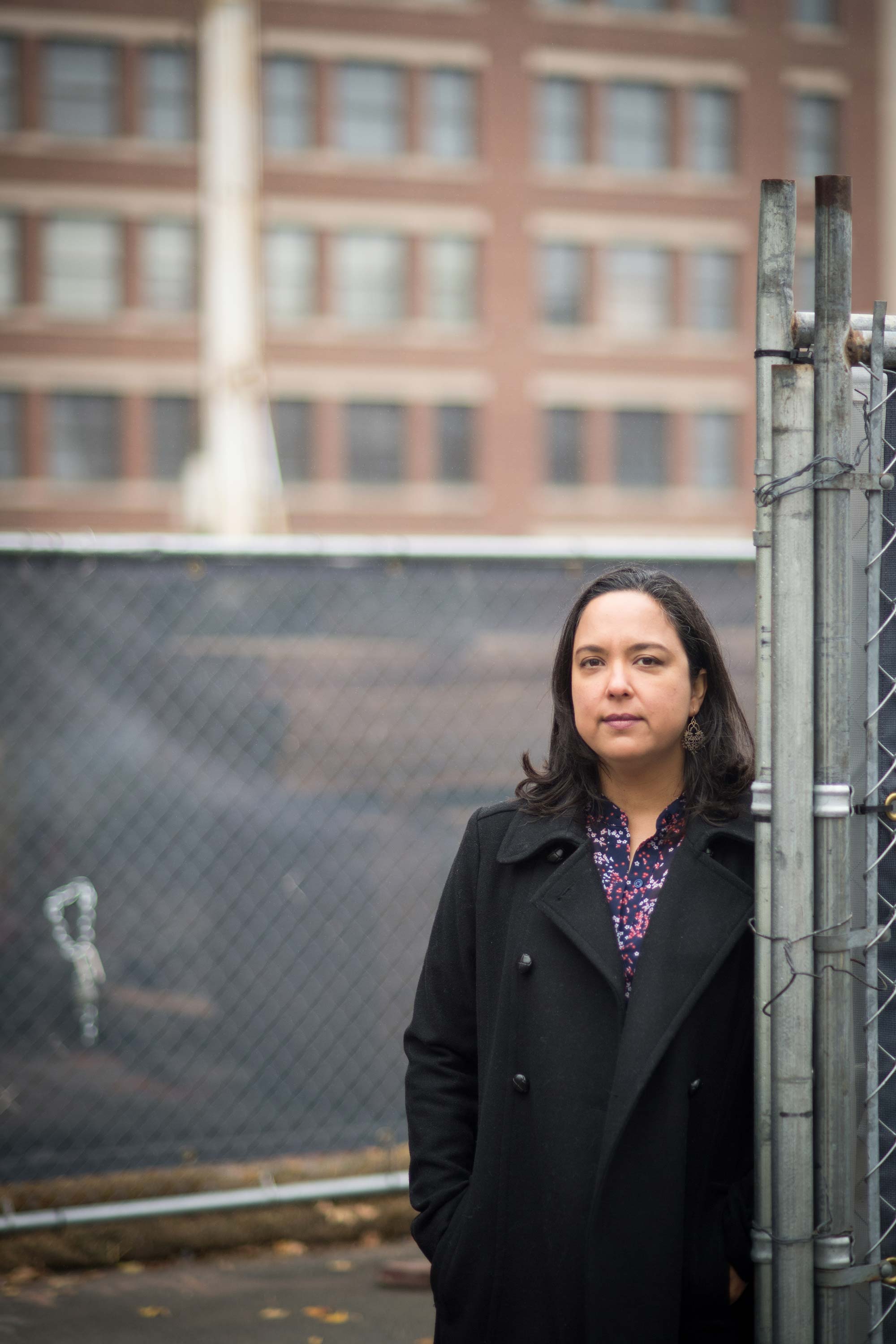 Diana Ceballos, Boston University School of Public Health assistant professor of environmental health, is leading a project to curb lead levels in children who live in homes with construction workers.

Coming into contact with dangerous heavy metals like lead can, unfortunately, be a part of the daily job for construction workers across the country. Side effects of lead exposure are well documented, and can cause severe health problems like anemia, weakness, and kidney and brain damage. Very high lead exposure can even cause death.

But construction workers themselves aren’t the only people at risk—so are their loved ones at home, including their children, whose small bodies can be disproportionately affected by lead exposure. In October, a Minnesota manufacturing plant was ordered to shut down after inspectors found that children of its workers had been poisoned by lead in dust carried home from the plant.

“Lead poisoning in children is a public health issue nationwide. Pre- and postnatal lead exposures have been clearly correlated with cognitive and neurodevelopmental health issues,” says Diana Ceballos, a Boston University School of Public Health assistant professor of environmental health. As an industrial hygienist at the Centers for Disease Control and Prevention (CDC) from 2010 to 2015, Ceballos investigated cases of child lead poisonings related to the workplaces of their family members. She found that most interventions to prevent lead exposure occur “in workplaces or happen only after the children are found already poisoned, which is much too late,” she says. “It is clear that prevention interventions are needed to avoid these problems from ever happening in the first place.”

Here in Massachusetts, most children tested have levels of 0 to 4 micrograms of lead per deciliter of blood (microg/dL), which is below the level of concern according to CDC standards. But there is no “safe level” of lead, according to Ceballos. Across the state, there were about 3,500 cases of lead poisoning recorded in 2016 alone. In most cases when children are poisoned by lead, they occur in low- to medium-wage families, many in environmental justice communities, which are defined as areas that disproportionately face environmental burdens, like air pollution from power plants or highways. These areas are largely low-income communities of color. Advocates have been pushing for bills to address environmental injustices that occur in Massachusetts neighborhoods like Chelsea and East Boston.

And Ceballos also plans to do something about it. As part of a nationwide effort to curb household contamination from toxins and harmful substances, Ceballos will lead a team of BU researchers working to illuminate new ways to reduce lead levels in children who live in homes of construction workers.

In a study funded by the US Department of Housing and Urban Development (HUD), Ceballos’ team will recruit participation from 60 families within the Greater Boston area, especially focused on homes where a person performs building renovations, bridge constructions, welding, metal work, demolition, or construction work at high risk for metal exposure, and who are living with at least one child.

“This project is very dear to me,” says Ceballos. “It attempts to address overlapping vulnerabilities typical of these families that make this such a tough problem to tackle.”

Her study aims to identify which environmental and educational interventions can empower construction workers and their families to prevent lead poisoning. Participants in the study will be assigned to three groups which will carry out different combinations of interventions, including having home inspections and cleanings, completing an in-home education workshop, or training workers on the best ways to reduce their exposure to lead on the jobsite. Meanwhile, Ceballos and her team of researchers will look for lead and other metals in blood, toenail, and urine samples from workers and their family members—both before and after interventions are used. By the end of the study, Ceballos hopes to advise each of the families on the most comprehensive prevention techniques they can use to reduce lead exposure.