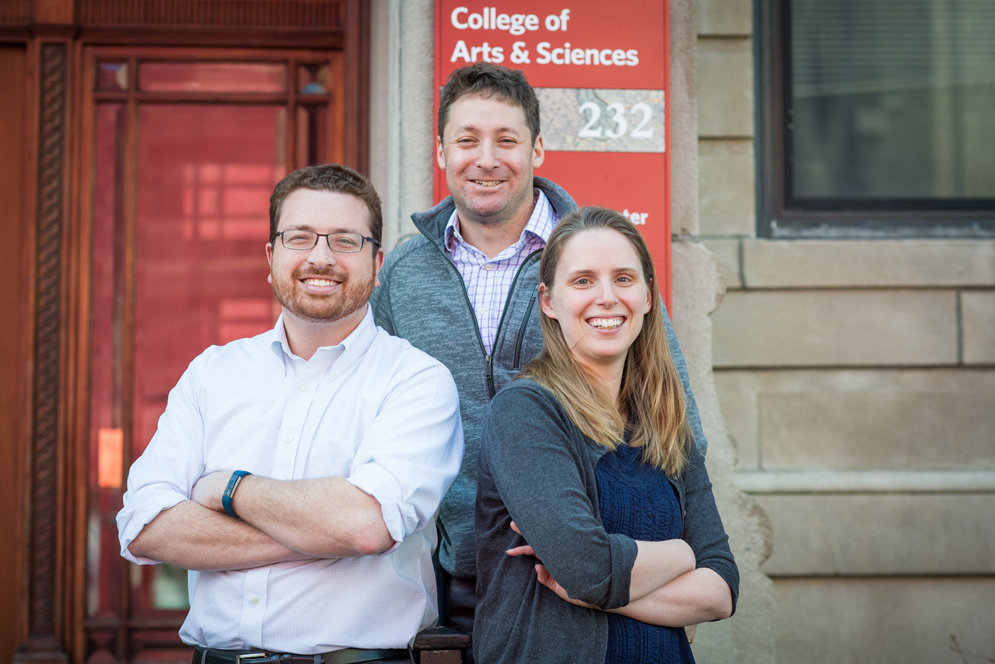 “Proven employee with administrative experience and history of marketing well with the public. Promotion sought: Nah.”

That would make an odd résumé line for most of us, but not for at least one group you’d expect to be more ambitious: big-city mayors. Fewer than one-fifth of them seek higher office, recent Boston University research found.

Their study, published in the journal American Politics Research and funded by BU’s Initiative on Cities, relied on two data sources. One was the career histories since 1992 of every mayor of the 165 cities with 150,000 people or more, plus the mayors of the 24 state capitals below that population threshold, as well as those of 7 largest-in-their-state cities below the threshold.

The second source was interviews in 2016 with 94 then-incumbent mayors of cities with populations exceeding 75,000.

No one whose highest elected office was mayor has been elected president, although a few have tried, most recently New York City Republican Rudolph Giuliani in 2008. The research found that most mayors aren’t interested in a governor’s office, let alone that of commander-in-chief—and that gender and race have some influence on that lack of interest.

Einstein says the researchers’ interviews with women mayors disproved a prevailing theory that few women are recruited to run for high office. “Female mayors at least reported that they were as likely to get recruited to run for higher office,” she says. “Where we see the huge gender gaps are in interest in running,” notably for Congress, service few women mayors aspired to.

“You have to run every two years” for the US House of Representatives, notes Glick, explaining why mayors of both genders forgo a try. The House is also a comedown for the many mayors whose cities may have more people than a congressional district, and after being their municipality’s top executive, they would be merely one of 435 House representatives, according to the study, which added that mayors aren’t interested in the famous partisan animosity in the lower chamber.

Senator and governor—statewide offices with a higher profile and more power—also hold little appeal. Both are hard jobs to win for mayors whose electoral base is confined to their city. “It’s not going to be a sure shot,” Einstein says. Urban executives face unfamiliar turf in appealing to voters in rural areas of states, and the problem is exacerbated in red states, she says, as on average mayors of big cities are Democrats.

“Being the Democratic mayor of Birmingham, Ala., is probably not a great launch pad to becoming a senator for the state,” she says. “Birmingham is going to be a relatively small share of the population…and the state as a whole is a hard-right place.”

Strong mayors, as in Boston, have a good deal of executive authority, she continues, with a hand in things like K-12 schools. “In contrast, Massachusetts Governor Charlie Baker has to work with the state legislature to get policies passed much more than Boston Mayor Marty Walsh has to work with the city council.”

Although the study didn’t consider the question, the researchers say mayoral disinclination to seek a higher office is a loss for the public and bespeaks a broader problem with our politics.

Glick says that while it might benefit cities to have leaders committed to staying and focusing on the job rather than aspiring for a promotion, “in most organizations, if people don’t want the next job up the ladder, you should be a little worried.”

“To me, hearing these mayors say they don’t want to run—it’s bad for democracy,” she says, adding that it’s particularly bad for the Democratic Party, which claims most mayors’ allegiance. “This is their obvious bench,” she says, “and they’re losing it.”

Why Some Politicians Shun Promotions