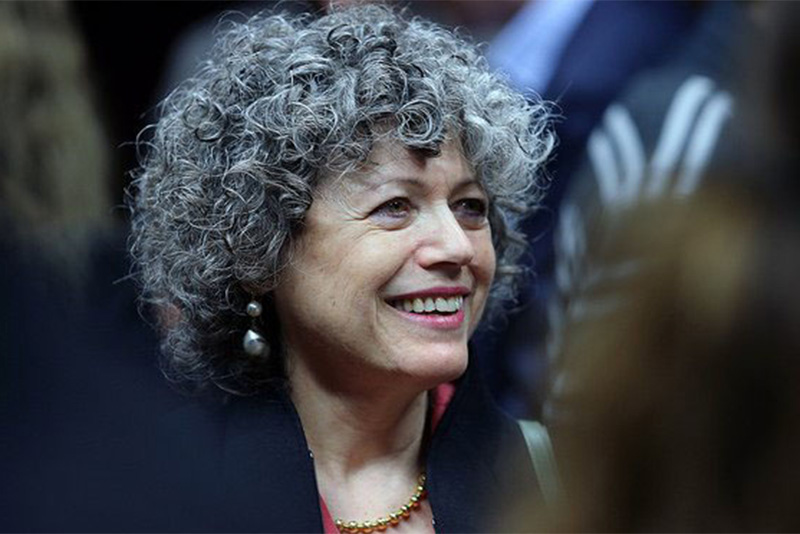 Vivien Schmidt, professor of international relations and political science at the Frederick S. Pardee School of Global Studies at Boston University, has been awarded the prestigious John Simon Guggenheim Memorial Fellowship for her continuing research on the “rhetoric of discontent” through a transatlantic investigation of the populist revolt against globalization and Europeanization.

According to the announcement made by the Guggenheim Foundation, fellows are “appointed on the basis of prior achievement and exceptional promise” and come from a “great variety of backgrounds, fields of study, and accomplishments.”

Vivien A. Schmidt is Jean Monnet Professor of European Integration and a professor of international relations in the Frederick S. Pardee School of Global Studies and a professor of political science at Boston University, as well as founding director of BU’s Center for the Study of Europe. Schmidt’s research focuses on European political economy, institutions, democracy, and political theory—in particular on the importance of ideas and discourse in political analysis (discursive institutionalism). Her latest books include the forthcoming Europe’s Crisis of Legitimacy: Governing by Rules and Ruling by Numbers in the Eurozone (2019), Resilient Liberalism in Europe’s Political Economy (coedited, 2013), Debating Political Identity and Legitimacy in the European Union (coedited, 2011), Democracy in Europe (2006)—named in 2015 by the European Parliament as one of the “100 Books on Europe to Remember”—and The Futures of European Capitalism (2002).

Schmidt is a visiting professor at LUISS Guido Carli University in Rome and at the Copenhagen Business School. She has also been a visiting professor or visiting scholar at the Free University of Berlin, the Free University of Brussels, Sciences Po in Paris, the European University Institute, and Oxford University, among others. She is former head of the European Union Studies Association (EUSA) and sits on a number of advisory boards, including the Wissenschaft Zentrum Berlin, the Vienna Institute for Peace, the Foundation for European Progressive Studies (Brussels), and the Sheffield Political Economy Research Institute. Her additional honors, awards, and fellowships include an honorary doctorate from the Free University of Brussels (ULB), the Belgian Franqui Interuniversity Chair for foreign scholars, a Rockefeller Bellagio Center Residency, and Fulbright Fellowships to France and the UK. Her current work, supported by the Guggenheim Fellowship, focuses on the “rhetoric of discontent,” through a transatlantic investigation of the populist revolt against globalization and Europeanization.

“These artists and writers, scholars and scientists, represent the best of the best. Each year since 1925, the Guggenheim Foundation has bet everything on the individual, and we’re thrilled to continue to do so with this wonderfully talented and diverse group,” said Edward Hirsch, president of the John Simon Guggenheim Memorial Foundation, in a statement. “It’s an honor to be able to support these individuals to do the work they were meant to do.”

Adil Najam, dean of the Pardee School, said “Vivien Schmidt is one of our most productive and prolific scholars and the Guggenheim is a very well-deserved recognition of her path-breaking research on the changing nature of Europe’s political economy. Her work exemplifies the spirit of rigorous policy-relevant research that is the hallmark of the BU Pardee School.”

Since its establishment in 1925, the foundation has granted more than $360 million in fellowships to over 18,000 individuals, among whom are scores of Nobel laureates, Fields medalists, poets laureate, members of the various national academies, and winners of the Pulitzer Prize, Turing Award, National Book Awards, and other important, internationally recognized honors.

Susan Eckstein, professor of international relations and sociology at the Pardee School, previously received a Guggenheim Fellowship in 2015 for her research on what she calls “Cuban immigration exceptionalism.”