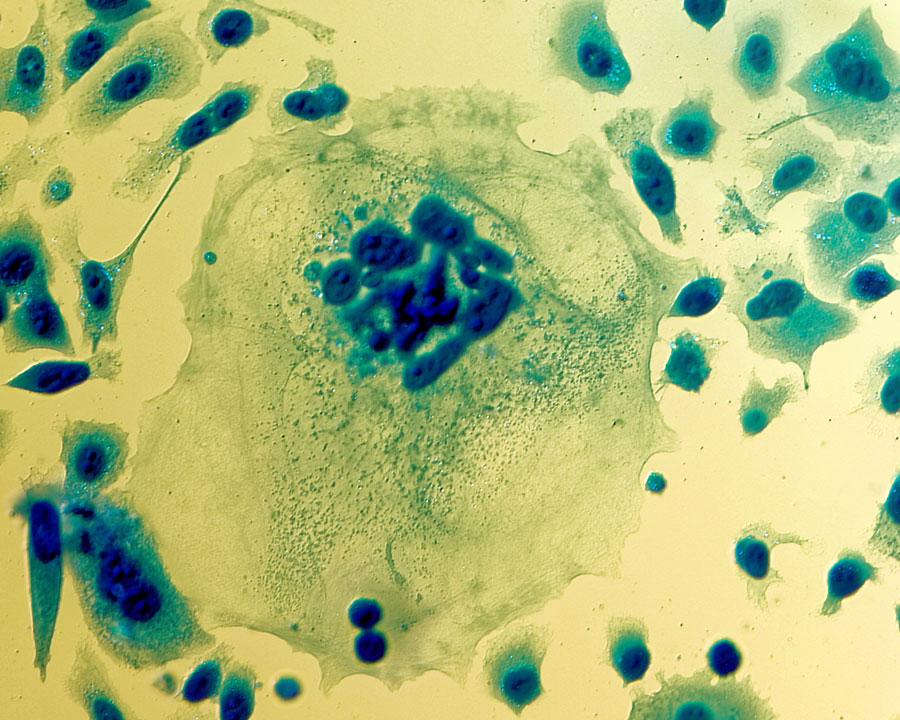 The research found an association between higher rates of ejaculation and cells producing more citrate. Lower citrate production is a distinguishing feature of prostate cancer.

Higher frequency of ejaculation is associated with lower risk of prostate cancer, as a previous study led by a Boston University School of Public Health researcher confirmed.

Now, Jennifer R. Rider, BU assistant professor of epidemiology, and her colleagues have found a clue as to why, identifying molecular-level changes in prostate tissue.

The study, published in European Urology, finds evidence that more frequent ejaculation affects the expression of 409 genes and six biological processes. The study may support the “prostate stagnation hypothesis,” where carcinogens accumulate in the prostate between ejaculations and affect cells’ genome and metabolic processes.

“These molecular changes in the prostate persist for many years,” says Rider, who served as senior author on the study. “Understanding the biological links between ejaculation and prostate tumor development could lead to new behavioral or medical strategies for prevention.”

As in the previous study, the researchers used data from participants in the Health Professionals Follow-Up Study (HPFS), a prospective study of 31,925 men. This time, the researchers looked at the tumor tissue and adjacent normal prostate tissue of 157 participants who were diagnosed with prostate cancer between 1992 and 2004 and subsequently had part or all of their prostates removed. In 1992, participants had self-reported ejaculation frequency for when they were 20–29 years old, 40–49 years old, and in the previous year, 1991.

Next, focusing on ejaculation frequency in 1991, the researchers found associations with six different biological processes at the cellular level. The most significant association was with ubiquitin-mediated proteolysis, which is involved in cell cycle regulation. The researchers also noted an association between higher rates of ejaculation and cells producing and exporting more citrate, a component of semen, because lower citrate production is a distinguishing feature of prostate cancer.

Rider notes the study used sample tissue only from men with a prostate cancer diagnosis. Next, she says, “we are interested in looking at whether expression of the genes and processes identified in the current study are able to predict future risk of prostate cancer development.”