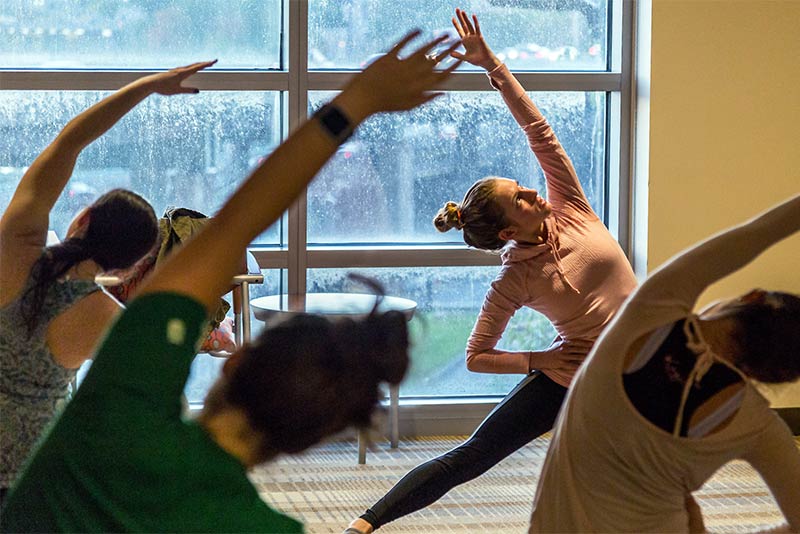 Yoga is as effective as physical therapy to treat mild to moderate chronic low back pain (cLBP), including among underserved patients with more severe functional disability and pain, according to a study coauthored by Janice Weinberg, a Boston University School of Public Health professor of biostatistics.

Previous research has already shown yoga is effective for cLBP, the authors write, but its effectiveness compared to physical therapy was unknown. Likewise, little is known about yoga’s effectiveness for minority and low socioeconomic status (SES) patients with more severe functional disability and pain. “Despite pain’s disproportionate impact on minority and low SES groups, few cLBP studies and even fewer yoga and PT trials have targeted these populations,” the authors write.

“Finding that yoga is as effective as physical therapy for chronic low back pain is important in that yoga can be performed long-term at home or in group settings where there is social support, it has additional mental health benefits, and may be a cost-effective alternative,” says Weinberg.

Yoga as Good as PT for Chronic Low Back Pain