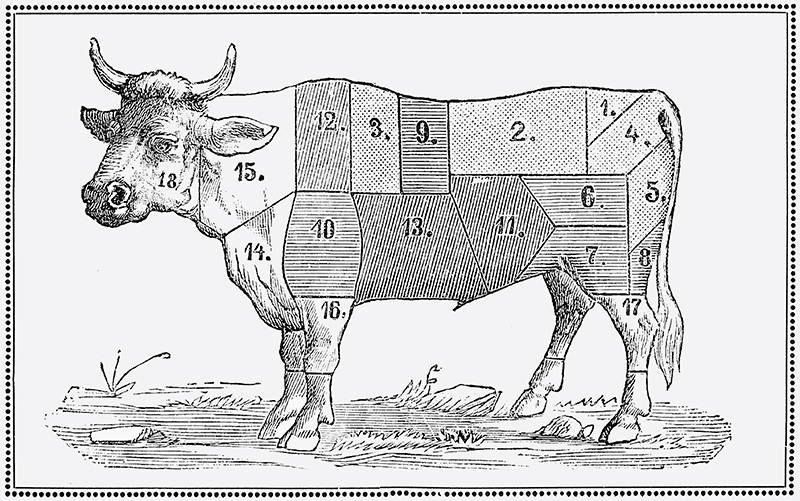 Nearly one-third of Americans suffer from high blood pressure. The condition is so common that we sometimes forget that it’s also serious and may lead to heart disease, stroke, and kidney failure.

Some risk factors for high blood pressure, like obesity and smoking, are well established. But there’s been increasing controversy about how our diets make our blood pressure go up or down. The National Heart, Lung, and Blood Institute (NHLBI) recommends an eating plan called Dietary Approaches to Stop Hypertension—better known as the DASH diet. Devised in the 1990s by Thomas Moore, a Boston University School of Medicine (MED) professor and associate provost of the Medical Campus, the DASH diet contains plenty of fruits, vegetables, and low-fat dairy products, and is also lower in saturated fats and salt. But now, a team of MED researchers has published a study in the American Journal of Hypertension, finding that a crucial nutrient—protein—may have been overlooked, and could offer a surprising level of protection. Omelets, peanut butter, and chicken stir-fry may be our new weapons against high blood pressure.

“The protein and blood pressure story has been not particularly clear and there really hasn’t been that much information about it,” says Lynn Moore (SPH’87,’93), senior author of the study as well as co-director of the nutrition and metabolism graduate programs at MED and a member of the Section of Preventive Medicine and Epidemiology. “I started thinking about it because of the DASH diet study results. When low-fat dairy was added to a diet that included lots of fruits and vegetables, the blood pressure lowering effect was almost double what was seen in the fruit and vegetable-rich diet alone. There have been a lot of questions about why that is, and one possibility was protein.”

Plant proteins had been previously suggested to lower blood pressure. Moore and her colleagues set out to investigate whether all types of protein might have beneficial effects. Using data from the long-running Framingham Offspring Study, the researchers found that adults who consumed more protein, whether from dairy, eggs, meat, or plant sources, had lower blood pressure levels after four years of follow-up. People with the highest protein intake—on average 102 grams a day—saw the biggest benefit, with a 40 percent lower risk of developing high blood pressure.

In the Framingham Study, when the higher protein-eaters ate lots of fiber, too, the benefit was even more dramatic: a 40 to 60 percent reduction in risk of developing high blood pressure. This was true for both obese and normal weight people. While plant proteins did have a slightly stronger benefit, all types of proteins seemed to work.

Moore notes that dietary variety is important, so people should try to eat protein from many different sources. For example, a tuna fish sandwich for lunch, a small handful of nuts or yogurt as a snack, and grilled chicken for dinner is a better choice than 17 eggs or 5 protein bars.

How can protein lower blood pressure? The regulation of blood pressure is a complex process, involving the heart, kidneys, blood vessels, and numerous hormones interacting throughout the body. Scientists don’t know all the details yet, but they’ve found that dairy proteins contain certain compounds that act as natural ACE inhibitors, one of the major types of blood pressure medications. Other animal proteins, especially eggs, contain high levels of arginine, which dilates blood vessels and lowers blood pressure.

“It was a little bit surprising. We expected to see a reduction associated with the protein—I was thinking in particular of eggs and dairy products—because of those known mechanisms. But I didn’t expect to see as strong an effect as we did,” says Moore. “There may be other mechanisms that we’re not even aware of. It’s still an active area of investigation.”

Doctors and nutritionists don’t usually tell people with high blood pressure to avoid protein, per se. But our culture’s pervasive (and oversimplified) “low-fat” dietary message may have caused some people to inadvertently cut out protein.

“Fat was considered sort of an evil thing for many years. The message became: don’t drink milk, don’t eat eggs, don’t eat meat—that way you would reduce your fat intake. The belief was that if we reduced the fat in the diet, obesity would go away and heart disease risk would dramatically decline,” says Moore. “And so what you were left with was low-fat products—often higher in sugar—and that led a lot of people to reduce their overall protein.

“But there’s good evidence that protein is beneficial throughout the lifespan,” she adds. “In older adults, it’s important in maintenance of muscle strength, and there’s no evidence that it’s harmful in terms of blood pressure.”

For her next round of research, Moore is taking a closer look at some of the individual protein foods, like eggs, to get a better handle on how they affect blood pressure. She’s also investigating minerals like sodium, potassium, and magnesium and how they help regulate blood pressure. “Some of the best sources of protein are also sources of these minerals,” says Moore, “but different foods contain nutrients that may affect blood pressure through totally different pathways. This is just another reason why dietary variety is important.”