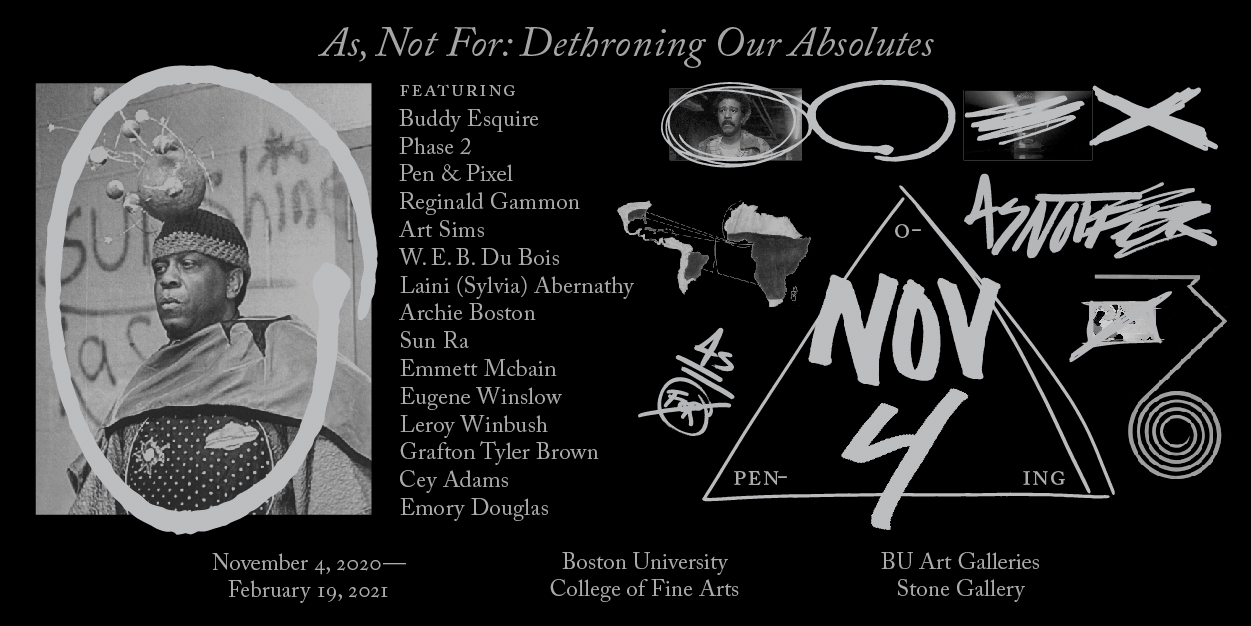 As, Not For: Dethroning Our Absolutes

November 4- February 19
As, Not For: Dethroning Our Absolutes

As, Not For is an incomplete historical survey of work created by African-American graphic designers over the last century. These practitioners are absent in too many classroom lectures, and their methods mostly invisible or uncredited in the field. This exhibition aims to promote the inclusion of neglected Black designers and their developed methodologies and challenge the ubiquity of White and anti-Black aesthetics in our designed world.

Join us on Tuesday, November 10 at 7:30 for a talk given by curator Jerome Harris in partnership with the School of Visual Arts Tuesday Night Lecture Series. Jerome Harris is a graphic designer, educator, and curator from New Haven, CT, currently based in Richmond, VA. He is the Design Director at the non-profit organization, Civic Nation, which focuses on developing initiatives that activate communities and promote social change. Harris’ research on twentieth-century African-American graphic designers has grown into a touring exhibition, with its next stop here at Boston University. He holds an MFA in graphic design from Yale University and a BA from Temple University.

Register for the webinar here