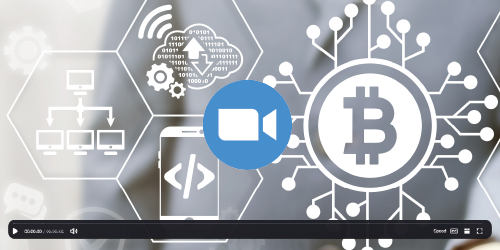 To view the recording, click the image above or visit this link.

Boston University is proud to present to the alumni community a timely discussion with Sveinn Valfells, Ph.D. (GRS’93, ’97), a financial technology entrepreneur, and Co-Founder and CEO of Monerium, an Iceland-based company founded in 2015 with the mission of making digital currency accessible, secure, and simple to transact. Mr Valfells, was interviewed by Mark T. Williams, a Finance Faculty Member, (Questrom’93), and past recipient of the James E. Freeman Lecturer in Management Chair. Williams teaches a graduate level FinTech course, is the faculty advisor to the BU FinTech Club and has provided congressional testimony on cryptocurrencies.

Monerium was founded by Valfells and a group of repeat entrepreneurs with experience ranging from central banking to global web services.  Their shared belief was that the global financial system required rebuilding, and that blockchains, e-money, and cryptocurrency play a foundational role in making finance more efficient and reliable. Monerium became the first electronic money institution with regulatory approval to provide fiat payment services on a blockchain.  This platform is used throughout Europe.

Many timely topics were discussed such as the future of digital currencies, the role of blockchain and how it will impact the global financial systems and services offered to average consumers.

About our featured speaker:

Sveinn Valfells has advised, worked for, co-founded and invested in companies in biotech, bioinformatics, financial services, telecoms, mobile software, and venture capital. He first transacted Bitcoins in mid-2011 and has since given numerous presentations and interviews about blockchains and cryptocurrencies, including on the BBC, at CoinSummit, Scaling Bitcoin, MIT DCI, Stockholm Fintechweek, and the IMF. Sveinn completed a B.S. in applied physics (Columbia), a M.S. in economic systems (Stanford), and a Ph.D. in physics (Boston University).

Monerium is an Algorand- and ConsenSys-backed financial technology company with the mission of making digital currency accessible, secure, and simple to transact. Monerium is the first and only company authorized to issue regulated e-money on blockchains. Using e-money issued by Monerium, individuals and businesses can store and send programmable digital currency online without going through traditional financial institutions and payment providers. More information can be found at monerium.com.

Mark T. Williams is a risk-management practitioner and academic with three decades of experience. Since 2002, he has been on the finance faculty at Boston University, teaching at the graduate and undergraduate levels. Previously, he worked as a senior trading floor executive, a bank trust officer and as a bank examiner for the Federal Reserve Bank. His areas of expertise include risk management in banks, hedge funds and Fintech, including virtual currencies and blockchain. In addition to his teaching duties his expertise is called on frequently by national media. He has also been a guest columnist for the Financial Times, Bloomberg, Reuters.com, Forbes.com, The Boston Globe, Foreign Policy magazine and The New York Times. In 2010 he published Uncontrolled Risk (McGraw Hill), a book examining the root causes of the financial crisis and the rise and fall of investment banking giant Lehman Brothers. This book has also reprinted in Chinese. In 2014 he provided congressional testimony on the risks associated with virtual currencies. He also presented on virtual currencies to The World Bank and at The Bretton Woods Committee.

Senior VP at Kasikornbank shares her perspective on banking & fintech in Thailand.

BU alumni experts weigh in on what they believe the future holds for the US economy and fiscal policy.

Learn more about digital disruption and innovation through Questrom Digital at BU.

Hear firsthand about initiatives that are changing the landscape in digital health.