A timeline of the past decade

The “twenty-tens” were a time of transformation for Boston University, with campus buildings and academic rankings on the rise. Scroll through the timeline to see how far we’ve come.

The Rafik B. Hariri Institute for Computing and Computational Science & Engineering was initiated with then-trustee Bahaa Hariri’s (Questrom’90) pledge of $15 million for interdisciplinary collaboration. 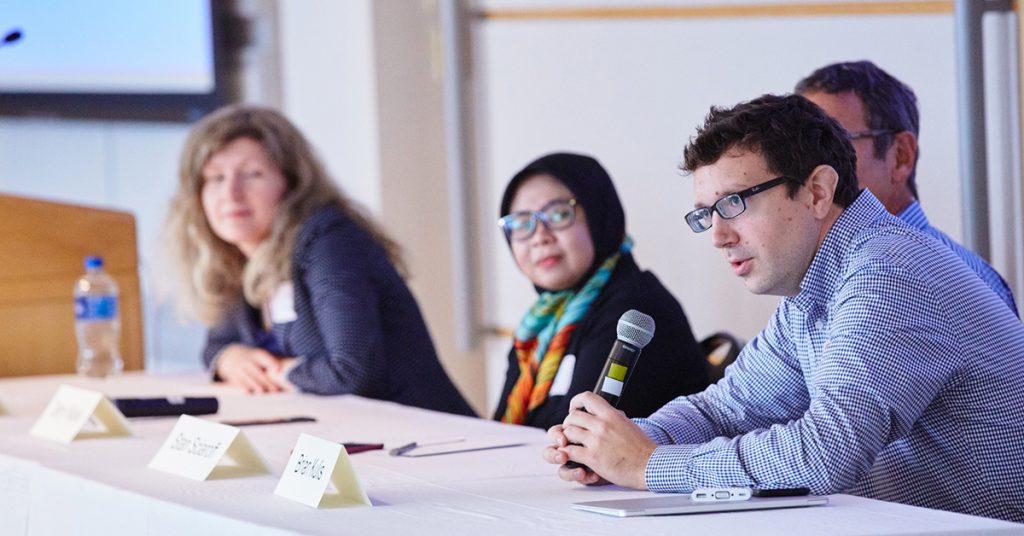 Arvind and Chandan Nandlal Kilachand Honors College welcomes its first class of 75 entering freshmen, thanks to an historic $25 million pledge by Dubai-based entrepreneur Rajen Kilachand (Questrom’74, Hon.’14), who named the new school in honor of his parents. Students study in cross-disciplinary classes and intensive seminars and tackle a senior research project. 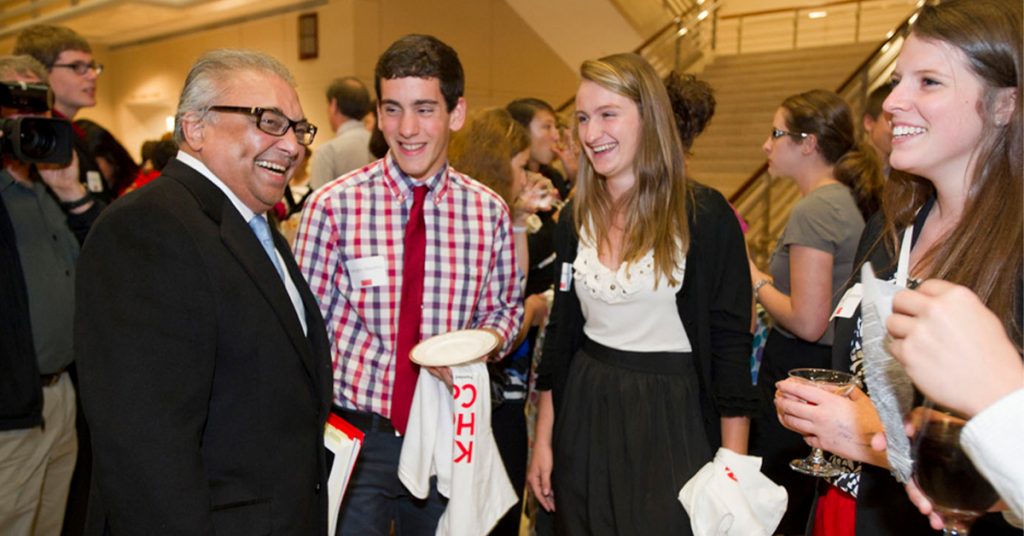 The School of Medicine opens a game-changing, nine-story residence hall for medical students. Members of the MED Dean’s advisory board contributed more than $11 million toward the project, which makes living near campus far more affordable for 208 MED students each year. 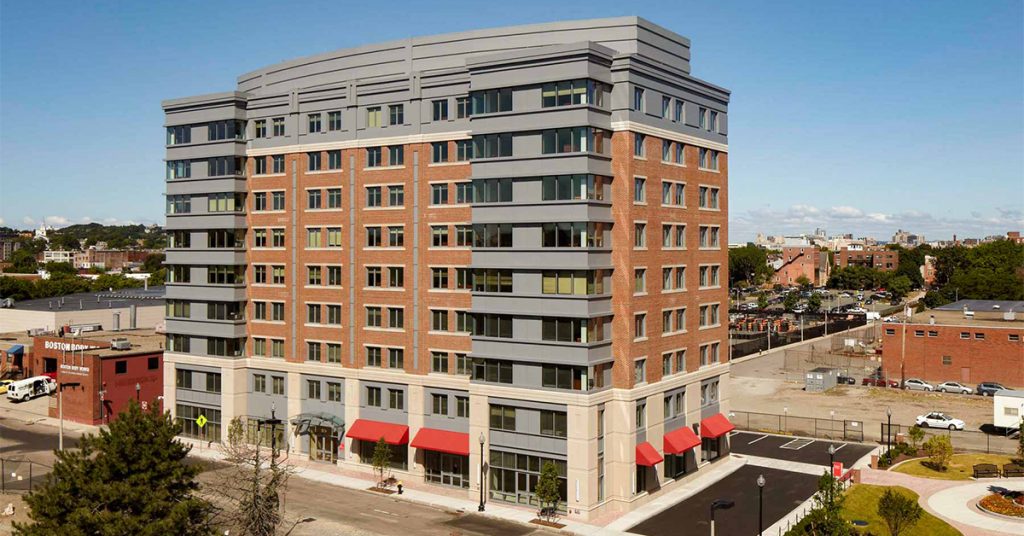 The University publicly launches The Campaign for Boston University—BU’s first major comprehensive fundraising effort. With the goal of raising $1 billion for financial aid, faculty support, research, and facility improvements, the campaign sets out to elevate the University’s academic standing, extend its global impact, and make the BU experience more accessible for students across the 2013 socioeconomic spectrum.

Thanks to support from more than 1,300 people across the globe, a $1 million scholarship fund named for Lingzi Lu (GRS’13)—the BU graduate student killed in the Boston Marathon bombing on April 15, 2013—is established in record time. 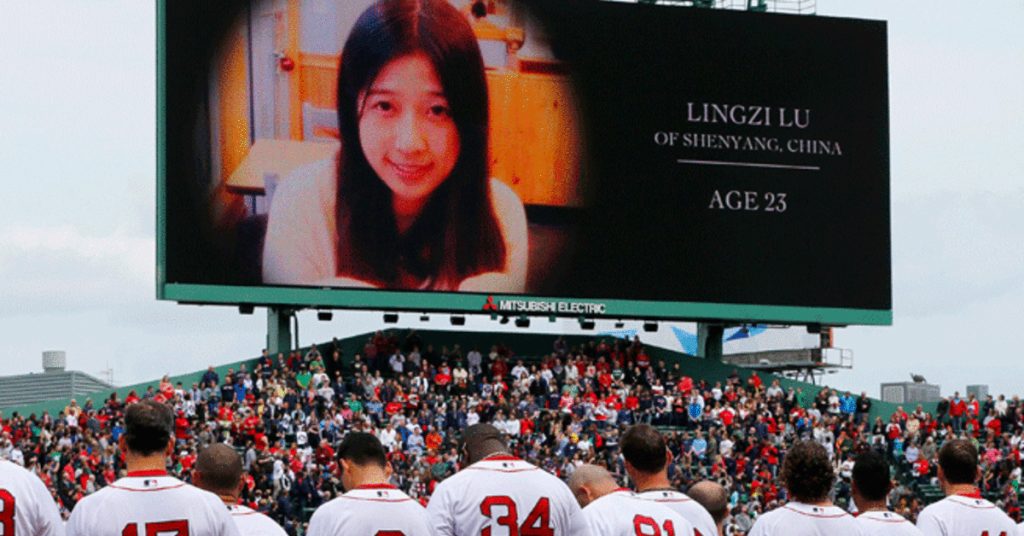 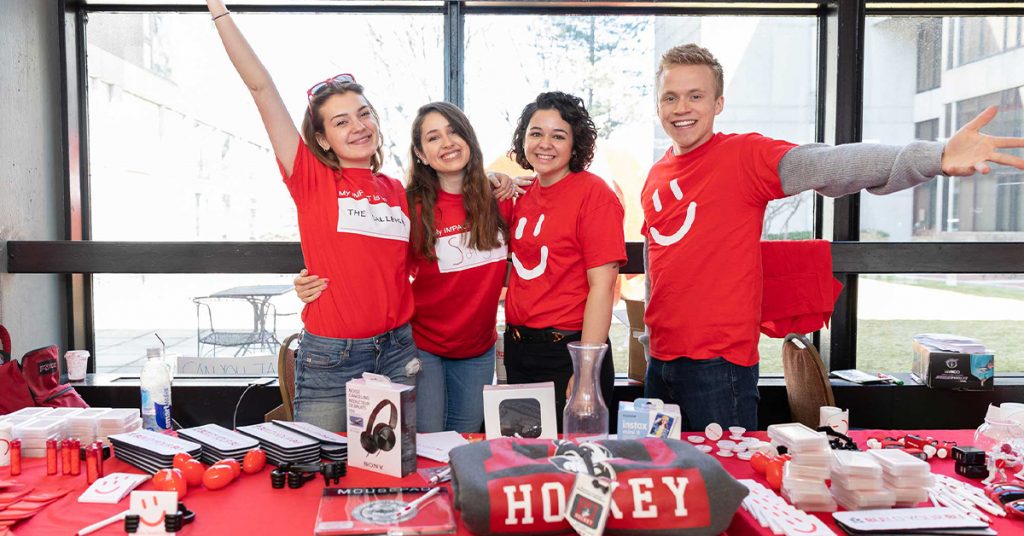 SMG is renamed the Questrom School of Business with a $50 million gift from Allen (Questrom’64, Hon.’17) and Kelli (Hon.’17) Questrom. The gift endows 10 professorships, and launches plans for a new graduate business program facility. 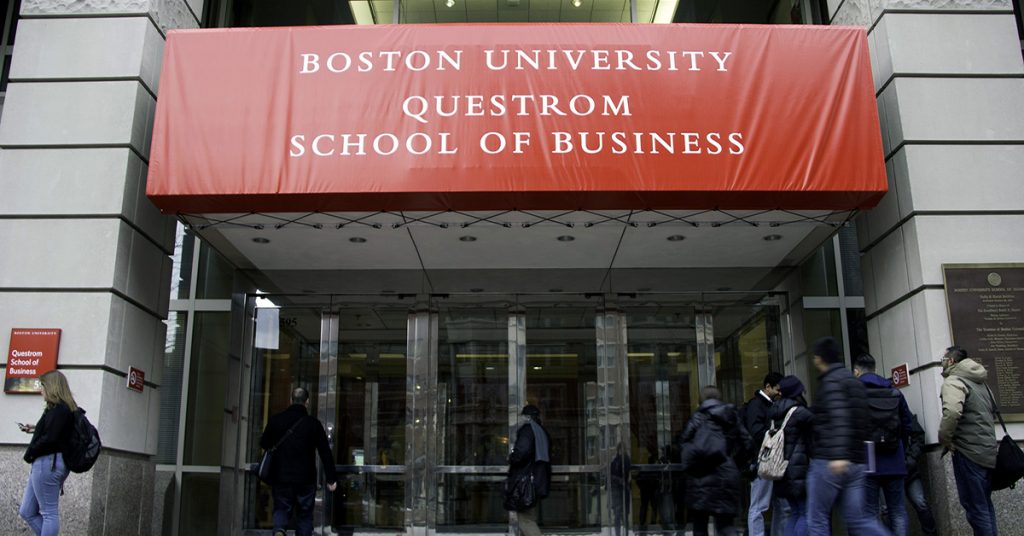 The tenth annual Asian Alumni Festival—held in Seoul, Korea, and attended by more than 250 alumni from 15 countries—becomes the largest–ever gathering of BU alumni outside the US. 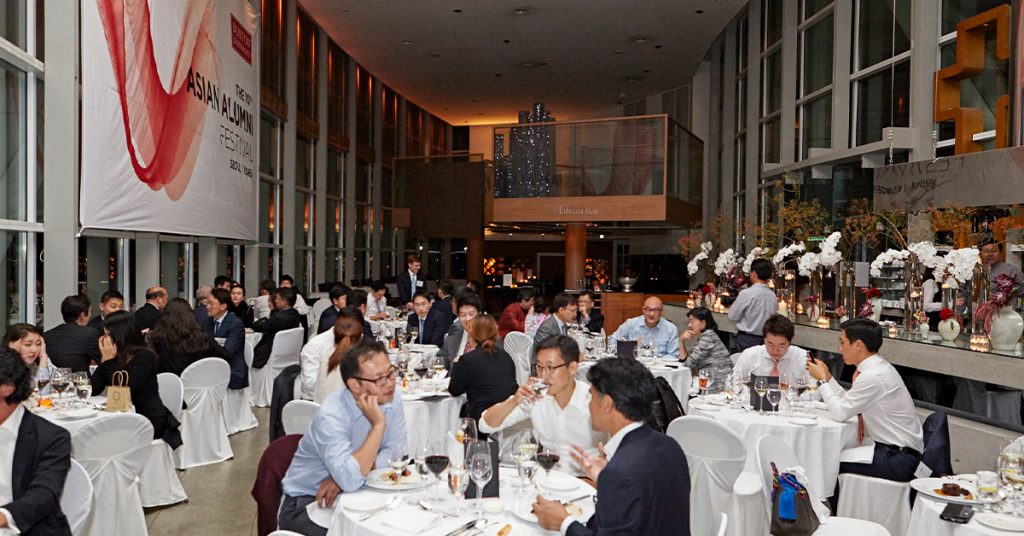 The Board of Trustees approves a broad strategy to curb the impact of climate change and authorizes a Climate Action Plan for greater energy efficiency, green energy use, and climate research and education on campus.

After a $115 million gift from Rajen Kilachand (Questrom’74, Hon.’14), BU opens the Rajen Kilachand Center for Integrated Life Sciences & Engineering, a state-of-the-art research facility that brings together life scientists, engineers, and physicians to speed life-changing developments in the fields of human health, environment, and energy. 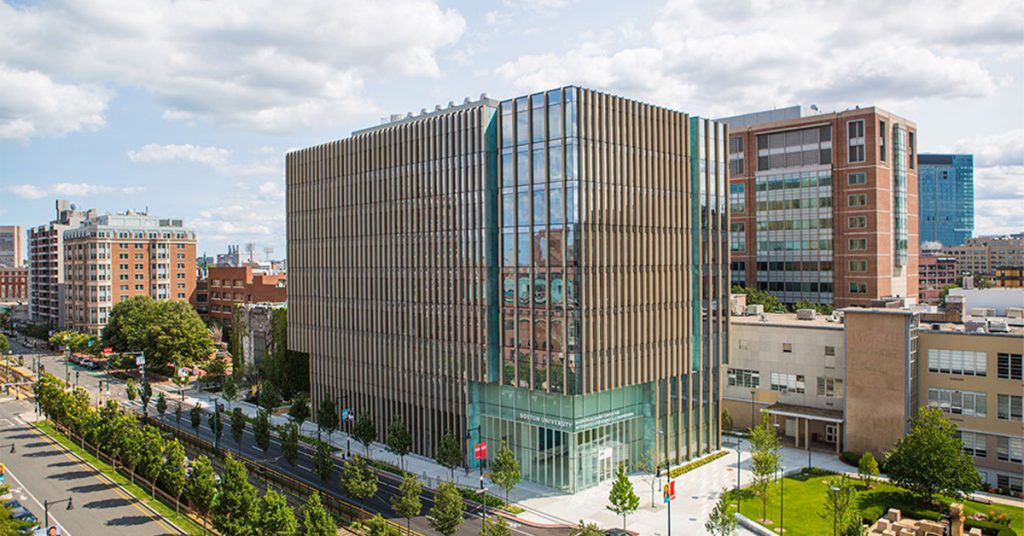 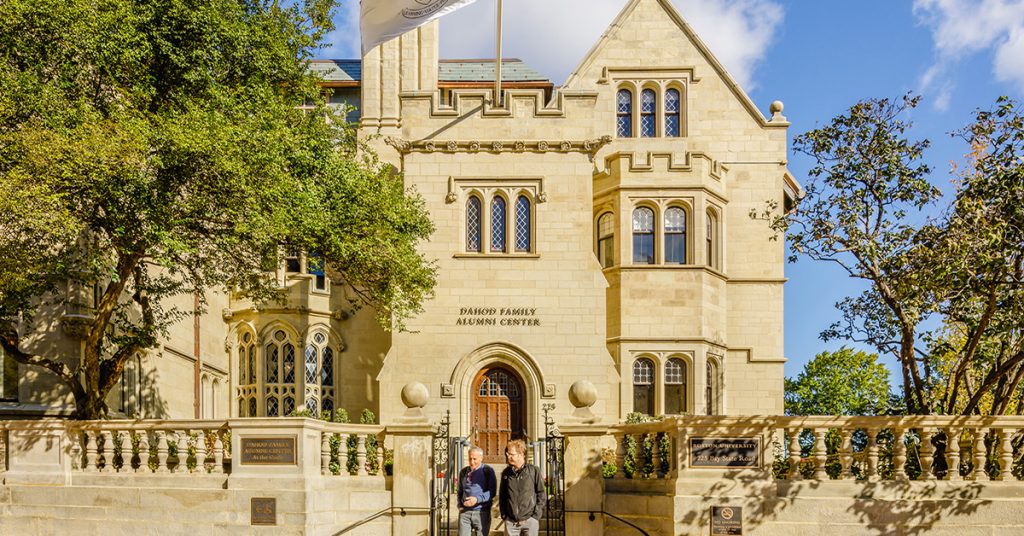 BU relaunches a Young Alumni Council to represent, engage, and connect recent graduates and advise the University on ways to advance the interests of this community.

The Cohen Challenge is successfully met as more than 3,300 donors give $1.2 million in support of undergraduate need-based financial aid. BU Trustee Richard Cohen (CGS’67, Questrom’69), who endowed 10 Cohen Scholarships at BU in 2009, matches their support with a $1 million gift. 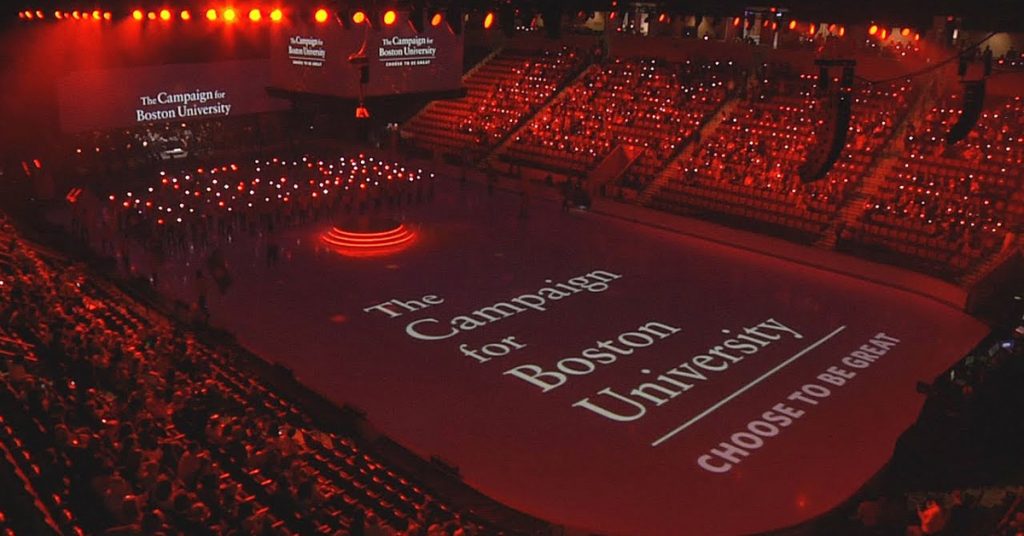 We ended the year by highlighting alumni, faculty, friends and students who achieved some pretty amazing things.

See what giving has done

The Campaign for Boston University: Choose to Be Great transformed every corner of campus.

A boost for antiracist research

Terriers of 2017: Alumni that defined the year

There are tons of moments that have us #ProudtoBU.

While at BU, support from donors empowers and motivates first-generation college student Maddie Thomas (SHA’19) as she balances responsibilities between school, work, and extracurricular activities – experiences that will…