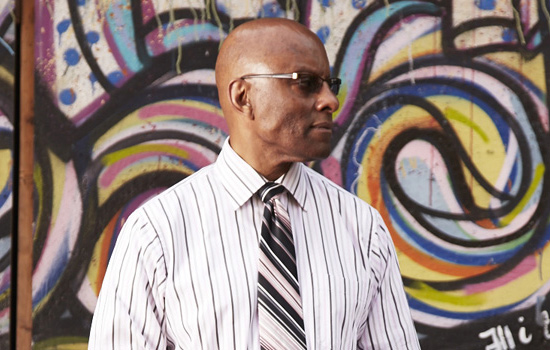 A fight broke out on the first day Walter Middlebrook attended a newswriting class at BU. When it was over, the professor asked the students, “What just happened? Write about it.” The brawl had been staged “to open our eyes to the idea that news can happen at any time, any place, and that we should be prepared to record and tell what we’ve seen,” says Middlebrook (’76). The lesson stuck.

Middlebrook, now an assistant managing editor of the Detroit News, came to BU determined to pursue journalism. He’d been studying science at MIT but “fell in love” with his work at the student newspaper and radio station, where he was a late-night DJ. He says he entered BU after quitting MIT and working as a copyboy at the Boston Globe.

COM “was what I was looking for,” says Middlebrook. “I had some pretty wild teachers, and they challenged us, and it did more to fan the flame that this was what I wanted to do.”
Middlebrook has held editing roles at publications including USA Today, Newsday and the New York Times. In 2012, UNITY Journalists for Diversity named him a top journalist of the past century, and he’s the current president of the Society of Professional Journalists in Detroit.

“I owe a lot to BU,” says Middlebrook, who has donated to COM for decades. Having grown up in “a very poor neighborhood” in Memphis and worked his way through BU, he hopes his support will especially help aspiring minority journalists. He’s never had deep pockets, Middlebrook says, but “I will always feel like, if I can [give], I will.”—Julie Butters

COM Advertising Students Excel at the Young Ones Creative Awards

How to Navigate the Job Search During the Time of COVID-19: Advice from Alums to Recent Grads