Sarah Frederick’s areas of specialization are in 20th-century Japanese literature and history and relationships among mass media, modern literature, gender, and culture. She has worked extensively on 1920s and 30s women’s print culture, image and text in literature of the 1930s-1950s, and gender and sexuality in modern literature and culture. She teaches courses in all periods of Japanese literature, film, and popular culture, as well as comparative courses on topics such as melodrama as a genre in fiction and cinema. She has received fellowships from the NEH, Fulbright-Hays, Javits, Hakuho Foundation, BU Center for the Humanities, and Japanese Ministry of Education for her research. She has also received a BFRI (Bunka Fashion Research Institute) and MEXT Collaborative Fellowship for research on representations of kimono in literary modernism and the modernist and cosmopolitan aspects of kimono wearing and representation. 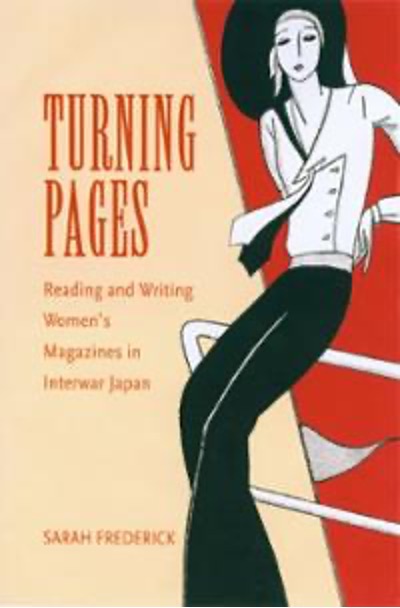 Professor Frederick is the author of Turning Pages: Reading and Writing Women’s Magazines in Interwar Japan (University of Hawaii Press, 2006), and articles in positions: East Asian Cultures Critique, US Japan Women’s Journal and Japan Forum. She was also a contributor to Bad Girls of Japan, Laura Miller and Jan Bardsley, eds. and recent book chapters in Japanese from Seikyusha Press. She is a member of the BU Travel Literature Studies group and has published on the travels of Yoshiya Nobuko and Isabella Bird in Japan in volumes published by the group and available from Harvard University Press.

Professor Frederick is currently working on a book project that looks at 20th-century Japanese literature and history through the voluminous works of Yoshiya Nobuko (1896-1973), one of modern Japan’s most commercially successful authors who is also seen as formative of many aspects of girls’ culture (shōjo culture) and a major figure of lesbian literature. The project deals with materials from throughout Yoshiya’s writing life, from the 1910s to the 1970s, including her travel writings in Asia during and after the Pacific war, as well as her afterlife in popular girls’ culture, including manga and anime. Professor Frederick has translated and published Yoshiya’s work Yellow Rose.

Professor Frederick is also currently working on a joint Digital Humanities project with Alice Tseng (BU, History of Art and Architecture) “Mapping Kyoto” funded in part by the Hariri Institute for Computational Research and a related paper mapping Soseki’s travels in Kyoto. She has also translated Soseki’s essay about traveling to Kyoto and published it in a multimedia format.

She was Kyoto Consortium for Japanese Studies Professor in 2008-09 and Fall 2015 and is faculty representative to the board of the consortium of which Boston University is a member. She was elected to the Association of Asian Studies New England Representative to the Council of Conferences in 2021. She also serves on the General Education Committee for the BU Hub general education program.