Boston University is not accepting applications to the Beckman Scholars Program for 2021. We plan to reapply and hope to fund students in future years.

Each student named as a Beckman Scholar performs research part-time during two academic years and full-time over two summers. The Beckman Scholar Award consists of a stipend ($4,600 per academic year, $6,800 per summer), a travel and supplies allowance ($2,800), and a mentor allowance for travel and supplies ($5,000). The award also includes a trip to the Beckman Scholars Annual Research Symposium, held each summer in Irvine, CA, where each student will present his or her research to a group of Beckman scholars, mentors, scientists, and administrators. Competition for this award is open to Boston University sophomores who are US Citizens or Permanent Residents and who are majoring in Biology, BMB, Chemistry or Biomedical Engineering. For more information on the award and the application process, please click here.

The 2019 Beckman Scholars are pictured below. 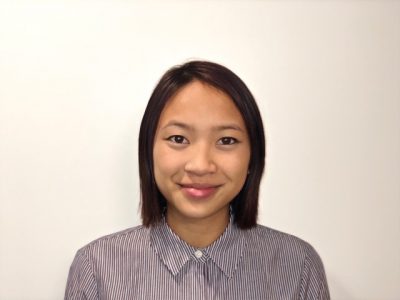 Oxidative stress is involved in a wide range of human diseases such as cancer, diabetes, and Alzheimer’s disease. High levels of reactive oxygen species (ROS) cause oxidative damage to DNA and other molecules vital to cell function, such as membrane lipids and proteins. Kelch-like ECH-associated protein 1 (Keap1) is a primary regulator of the natural defense system against oxidative stress. In the absence of oxidative stress, Keap1 binds a single molecule of transcription factor nuclear factor-like 2 (Nrf2), facilitating Nrf2 ubiquitination and degradation. Oxidative stress causes Keap1 to release Nrf2, allowing the transcription factor to translocate to the nucleus, bind to Maf protein, and activate the production of antioxidant enzymes by binding to the antioxidant response element (ARE). Blocking the protein-protein interaction (PPI) between Keap1 and Nrf2 could have great therapeutic value because the antioxidant enzymes upregulated by free Nrf2 provide an efficient, catalytic detoxification of ROS. However, as PPIs frequently take place between large, flat interfaces on the two participating proteins, these interactions can be difficult to block. Previous work with our collaborators at UCSF identified 43 thiol-containing compounds, or monophores, that can be covalently tethered to Keap1 at a cysteine near the Nrf2-binding site. In this project, we will characterize the interaction between Keap1 and one of these benzotriazole compounds (monophore #917261) using X-ray crystallography. Towards this goal, we have optimized the formation of monophore-bound protein adducts. Obtaining a structure of the protein-monophore adduct will allow us to judge whether the compound is suitable for scaffold optimization, a technique in which a larger molecule is expanded to form additional interactions with its target, thereby increasing potency and specificity. The ultimate goal of the project is to design an effective drug that blocks the Keap1/Nrf2 interaction. 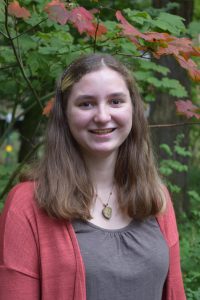 Estrogen is more than just the female sex hormone, it has profound effects on a wide variety of organs, and thus plays an important role in both male and female physiologies, developmental biology, and disease. There exist several types of estrogen receptors (ERs) that have both genomic and non-genomic signaling pathways. Recent studies have shown that there is a connection between the mechanisms of estrogen signaling and epigenetic modification. This is unsurprising given that both are essential to the regulation and maintenance of both cell and tissue homeostasis. The primary focus of this project will be to design a biomaterial capable of binding to estrogen, xenoestrogens, and other estrogen-mimicking molecules in order to modulate their effects. This biomaterial would most likely be a bioengineered structure, such as a nanoparticle, to which an ER ligand binding domain is tethered, giving the structure the ability to bind free estrogen and estrogen-like molecules. To investigate the bio-material’s effects on estrogenic endocrine disrupters (EEDs), a microfluidics system will be developed to expose mammalian cells in the presence and absence of nanoparticles to different EEDs of various concentrations to determine their effects

Information on past Beckman Scholars is available here.

Getting Involved in Research