“B.U. Phil [the Department of Philosophy] remained committed to philosophy as a morally earnest quest for understanding, not as an exercise in virtuosity, remarkably free of pretensions, open to a plurality of views and options.”  – Erazim Kohák

A Remembrance of Things Past

In his beautiful essay, “Remembrance of Things Past,” (see below) former Professor Erazim Kohák (1933-2020) explores the history of the department from its conception to the early 1990s. Professor Kohák shares in his essay the trials, successes, and beautiful ideals that have led the Department of Philosophy to become what it is today: one of the top places to study philosophy in the country. The stories Professor Kohák collected as he taught here include the history of the department; the opportunities for academic growth that BU offered to members of the community no one else would help; a trial for heresy; the study of metaphysics while swimming in Boston Harbor; and time with some of the most notable minds in the field of modern philosophy.

Click here to read Dr. Kohák’s “Philosophy at Boston University: A Remembrance of Things Past”

On Not Knowing Where You Are Going

I had chosen almost by accident to join a remarkable philosophy department… the Boston University department in the 1970s had three striking characteristics. First, it was a meeting place for philosophers of radically different points of view. Secondly, an unusually large number of its members were also at work in some other discipline or practice. And thirdly, and consequently, the conversations between us, some generated by conflict, some by cooperation, enabled us to learn a great deal from each other. My education began all over again.

In February 2010, Professor Emeritus Alaisdair MacIntyre delivered the Dewey Lecture, “On Not Knowing Where You Are Going,” at the 107th Annual Central Division Meeting of the American Philosophical Association in Chicago. The Dewey Lecture, established in 2006 in honor of philosopher & psychologist John Dewey, invites “a prominent and senior (typically retired) philosopher… to reflect broadly and in an autobiographical spirit on philosophy in America as seen from the perspective of a personal intellectual journey.” In his address, Dr. MacIntyre reflected on his time at BU and the unique community of thinkers he found that expanded his own work and understanding of philosophy.

Click here to read Dr. MacIntyre’s “On Not Knowing Where You Are Going” 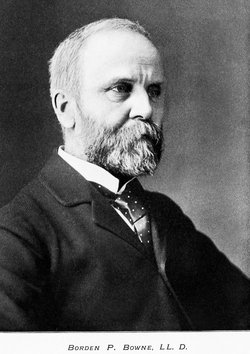 Borden Parker Bowne was an American Christian philosopher, clergyman, and theologian in the Methodist tradition who became the first professor of philosophy at Boston University in 1876. Bowne taught at BU for more than thirty years, helping to found the department on the philosophical structure of theistic personalism, a philosophical branch of liberal theology that is also called Boston personalism, and of which Bowne was a major contributor. Bowne was influenced by Hermann Lotze as his student, and in turn influenced the work of a line of personalists such as Edgar Sheffield Brightman, Peter Bertocci, Thomas Buford, and beyond. Bowne’s seminal work, Metaphysics (1882) was also influential in the work of Martin Luther King, Jr., who spoke of having gained “a metaphysical basis for the dignity and worth of all human personality” through study at BU. Bowne was nominated for the Nobel Prize in Literature nine times over the course of his life. 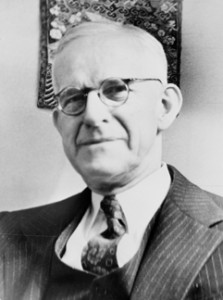 Edgar Sheffield Brightman was an American philosopher and Christian theologian in the Methodist tradition, the student of Borden Parker Bowne. Brightman received his Ph.D. from BU in 1912, and after traveling internationally and teaching at Wesleyan University and Nebraska Weslayan University, returned to BU as a professor in 1919;

Brightman taught at BU utnil his death in 1953. From 1925 onward, Brightman held the Borden Parker Bowne Chair of Philosophy. Brightman continued the work he had begun with Bowne and developed the philosophical approach towards personality, self-image, and the expression “transcendental empiricism” that continued to shape Boston personalism. Brightman also worked in liberal theology and developed a finitistic theism, a metaphysical component of the philosophy of religion. Brightman was a teacher, dissertation advisor, mentor, and philosophical influence to Dr. Martin

Luther King, Jr., his influence in King’s work appearing most obviously in King’s writings on the philosophy of nonviolence. Brightman continued to deeply influence students and perpetuate Boston personalism until his death in 1954. 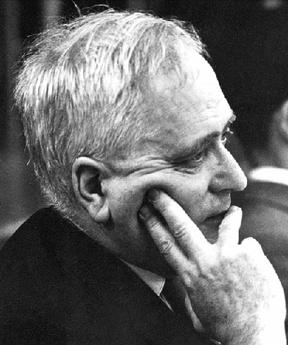 John Niemeyer Findlay was a South African philosopher in the school of Analytic Philosophy whose work explored Husserl, Hegel, Wittgenstein, metaphysics, ethics, and the concept of Rational Mysticism that he coined and expanded upon in his writings. Initially a follower of Meinong and at one time a member of Wittgenstein’s seminars, Dr. Findlay joined BU as the Borden Parker Bowne Professor of Philosophy in 1972, teaching classes on Plato, Plotinus, and Hegel, and remained here as an educator until his death. His legacy is celebrated with the John N. Findlay Visiting Professorship, a funded opportunity for outstanding philosophers and educators to work and teach at BU for up to one academic year. 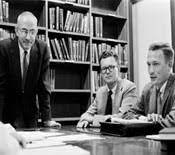 Peter A. Bertocci was an American philosopher and the Borden Parker Bowne Professor of Philosophy, notably one of the students of Edgar Sheffield Brightman and a president of the Metaphysical Society of America. 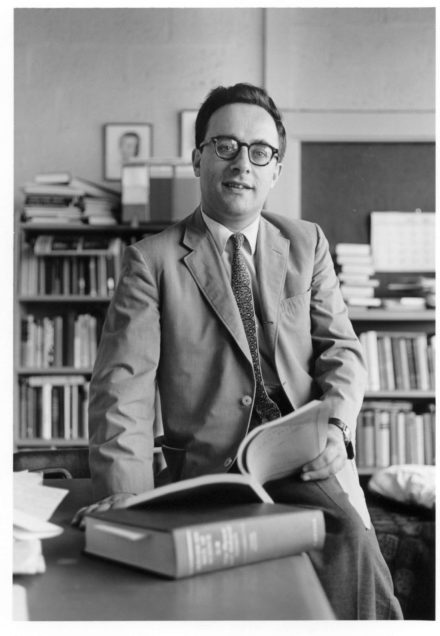 Robert S. Cohen was a Professor of Philosophy and Physics at Boston University and co-founded the BU Center for Philosophy & History of Science, which he directed for thirty three years. Dr. Cohen, described by his colleagues, was a philosopher, physicist, historical sociologist of science, a critical social thinker, “a writer of clarity and wit, genial critic, prolific editor,” a humanist, political activist, and world ambassador for the philosophy of science. Dr. Cohen first served as an Associate Professor of Physics at BU before joining the Philosophy Department; he later served as the Chair of the Physics Department from 1959-1973 and as the Chair of the Philosophy Department from 1986-1988, then as the Acting Dean of the College for 1971-1972. Dr. Cohen was also a visiting scholar and professor at the Polish, Yugoslav, and Hungarian Academies of Science, MIT, Brandeis, UC San Diego, and Yale, and was a research fellow in the history of science at Harvard. Dr. Cohen went on to found the Boston Studies in the Philosophy of Science book series, for which he edited over 100 books, and which still regularly publishes new volumes today. 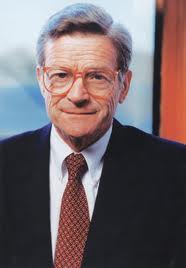 John Silber was an American philosopher, administrative leader, and political candidate who served as Professor of Philosophy at BU before going on to serve as President of Boston University, Chancellor of Boston University, and a Democratic candidate for governor of Massachusetts in 1990. Dr. Silber’s areas of philosophical concentrations include the history of philosophy, philosophy of law, Kant, and ethics. He received his Ph.D. at Yale University and served academic and administrative roles at the University of Texas at Austin before joining BU. Though Dr. Silber lost his gubernatorial bid to Governor William Weld, Governor Weld selected Dr. Silber to lead the Massachusetts Board of Education and worked to build policy for public education in primary and secondary education for the state. Dr. Silber’s writings explored philosophy with a wide lens, but focused on Kant and education, social, and foreign policy, and his work was published in philosophical journals such as Philosophical Quarterly, Kant-Studien, Philosophical Review, Ethics, and the Proceedings of the Aristotelian Society; his work trancended academic publications to be shared nationally in the Atlantic, Harper’s Bazaar, the New Republic, the New York Times, and the Wall Street Journal.

Click here to read John Silber’s discussion of his life, commitments, academic career, and tenure as President of Boston University. 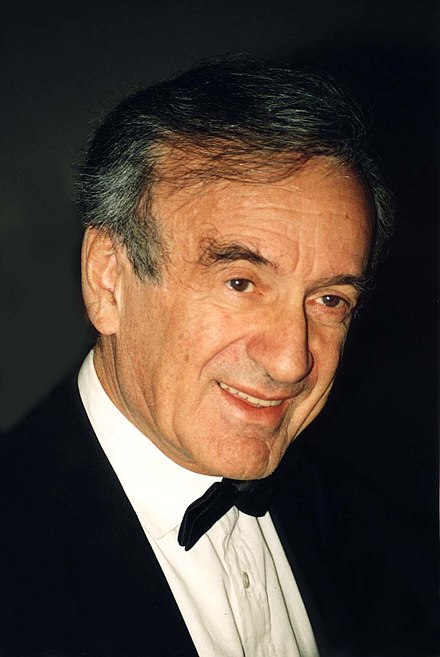 Elie Wiesel was a Romanian-born American author, professor, political activist, Nobel laureate, and Holocaust survivor who served as the Andrew W. Mellon Professor in the Humanities and Professor of Philosophy and Religion at Boston University. Wiesel worked tirelessly in Jewish and human rights work to help establish the United States Holocaust Memorial Museum in Washington, D.C., and actively campaigned for victims of human rights violations on a global scale while writing and teaching across the humanities at Boston University. Wiesel taught in both the Philosophy and Religion departments, and BU created the Elie Wiesel Center for Jewish Studies in his honor. 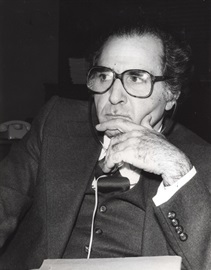 Marx W. Wartofsky was an American philosopher who specialized in historical epistemology, served as the Department Chair of the BU Philosophy Department in the 1970s, and co-founded the BU Center for Philosophy and History of Science with Robert S. Cohen. Dr. Wartofsky served as a Professor of Philosophy whose areas of research expanded with an interdisciplinary exploration of the visual arts, the psychology of perception, the philosophy and history of science, critique, scientific models and metaphors, and epistemology. 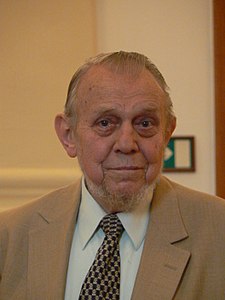 Erazim Kohak was a Czech philosopher whose areas of concentrations included phenomenology, existential and humanistic philosophy, epistemology, metaphysics, and moral philosophy. Dr. Kohak joined BU Philosophy as an Assistant Lecturer, eventually working to Professor of Philosophy, teaching alternately at BU and at Charles University in Prague after the 1989 Fall of the Communist Regime in Czechia, before returning to Prague full time. “As a philosopher,” writes the Prague Resident in his obituary, “Kohak warned of boundless consumerism and called for the society to redistribute the world welfare, because ‘at present, the ecological problem is a social problem of poverty and abundance. The antibody against wealth is solidarity.’” 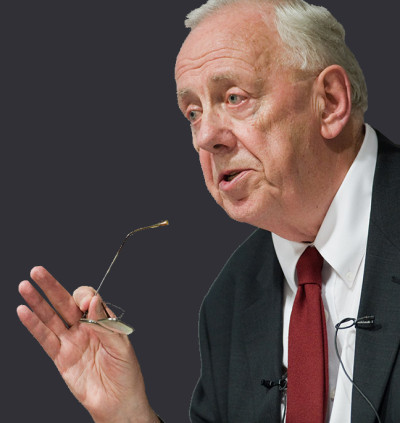 Alasdair MacIntyre is a Scottish-American philosopher who has contributed to moral and political philosophy, exploring, in his words, “where political science and sociology overlap in philosophy.” Dr. MacIntyre’s work After Virtue (1981) is considered one of the most important works of Anglophone moral and political philosophy in the 20th Century, and his work is considered a major tenet in modern and contemporary Christian philosophy. During his time at BU, he served as Professor of Philosophy and Dean of the College of Arts & Sciences, while also teaching throughout his career at Brandeis, Wellesley, Vanderbilt University, University of Notre Dame, Yale, Princeton, and Duke. Dr. MacIntyre is a former president of the American Philosophical Association, and holds memberships and honors in the American Catholic Philosophical Association, the American Academy of Arts and Sciences, the British Academy, the Royal Irish Academy, and the American Philosophical Society. 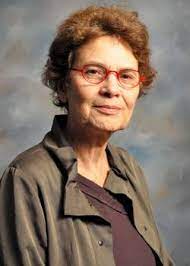 Elizabeth Rapaport is a philosopher and law expert whose scholarship and teaching career has spanned ethics, moral psychology, gender and capital punishment, empirically informed work on the capital punishment system, theoretical approaches to gender and the law of homicide, topics in feminist jurisprudence, and the pursuit of gender questions beyond condemnation into post-conviction determinations of sentence reduction. In addition to teaching philosophy at BU, Dr. Rapaport has taught at Duke, North Carolina Central University, University of Connecticut, Rutgers, and the University of San Francisco, before settling at the University of New Mexico until her retirement. Despite her emerita status, Dr. Rapaport still occasionally teaches classes on criminal law, constitutional criminal procedure, international criminal law, national security law, jurisprudence, and legal ethics. 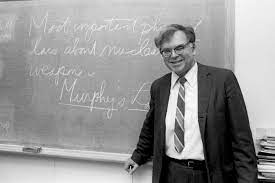 Abner Shimony was an American physicist and philosopher whose work specialized in quantum theory and the philosophy of science. Dr. Shimony studied for his Ph.D. at Yale University under the mentorship of Rudolf Carnap, and after serving in the U.S. Army, he went on to receive his second Ph.D. in Physics from Princeton under the supervision of Eugene Wigner. Dr. Shimony moved between the philosophical and physics areas of academia, teaching the philosophy of science at MIT until he transferred to Boston University for a dual appointment in the Physics and Philosophy departments. Dr. Shimony taught at BU for 26 years before his retirement, going on to co-author one of the most important papers published on particle physics.

Bernard Elevitch was an American philosopher with a specialty in Modern Philosophy, ethics, and Philosophy of Mind, serving as a Professor of Philosophy from 1968 and as Associate Chair from 1990 until his retirement in 1995. Dr. Elevitch explored philosophy and psychoanalysis throughout his publishing career in philosophical, psychological, and literary journals, and edited the Philosophy of Mind journal, published in 2000.

The Department is pleased to welcome two new visiting scholars into our...

The Department would like to wish warm congratulations to Professor and Department...

The Department of Philosophy would like to congratulate Vanessa Hanger, a Philosophy...