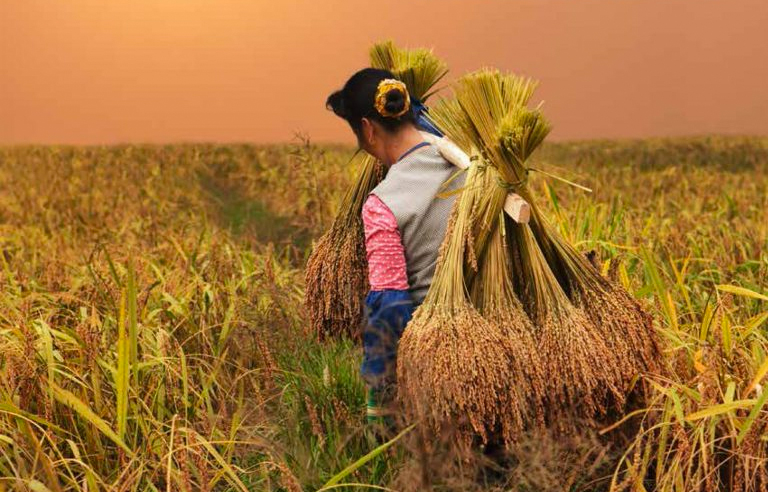 The late Pardee Center Director Anthony Janetos led an effort, supported by former post-doctoral associates John Connors and Irene Monasterolo and Earth & Environment PhD student Yasmin Romitti, that sought to understand the potential consequences of crop productivity failures in the world’s major breadbasket regions. The initial emphasis at the Pardee Center was the use of the integrated assessment model, GCAM, to explore scenarios in which drought or other climate shocks reduce agricultural yields simultaneously in different regions of the world, under different policy scenarios. The results for land allocation, food security, food prices, and terrestrial carbon emissions can be analyzed for a preliminary evaluation of the systemic risk from such events. With Monasterolo, the Pardee Center developed new models using concepts from systems dynamics and agent-based modeling to explore how the evolution of decision making in various actors in the agricultural and energy sectors might mitigate such risks.

The Pardee Center hosted an international workshop in the fall of 2014 to develop an overall research agenda, and published the results as a Research Report titled “The Risks of Multiple Breadbasket Failures in the 21st Century: A Science Research Agenda” in March 2017. Co-authored by Janetos and an interdisciplinary team of leading researchers, the report described a science research agenda toward improved probabilistic modeling and prediction of multiple breadbasket failures and the potential consequences for global food systems.

Following the publication, Janetos, supported by Connors and Romitti, used scenario results considering implications for land allocation and associated carbon emissions for inclusion in an AGU book chapter, which seeks to understand the telecoupled relationships among distant regions to support integrated strategies for climate change mitigation. Continued analysis to evaluate the cascading effects of potential multiple breadbasket failures and food security implications is in preparation, led by Connors and Romitti with an interdisciplinary team of researchers at Pacific Northwest National Laboratory.