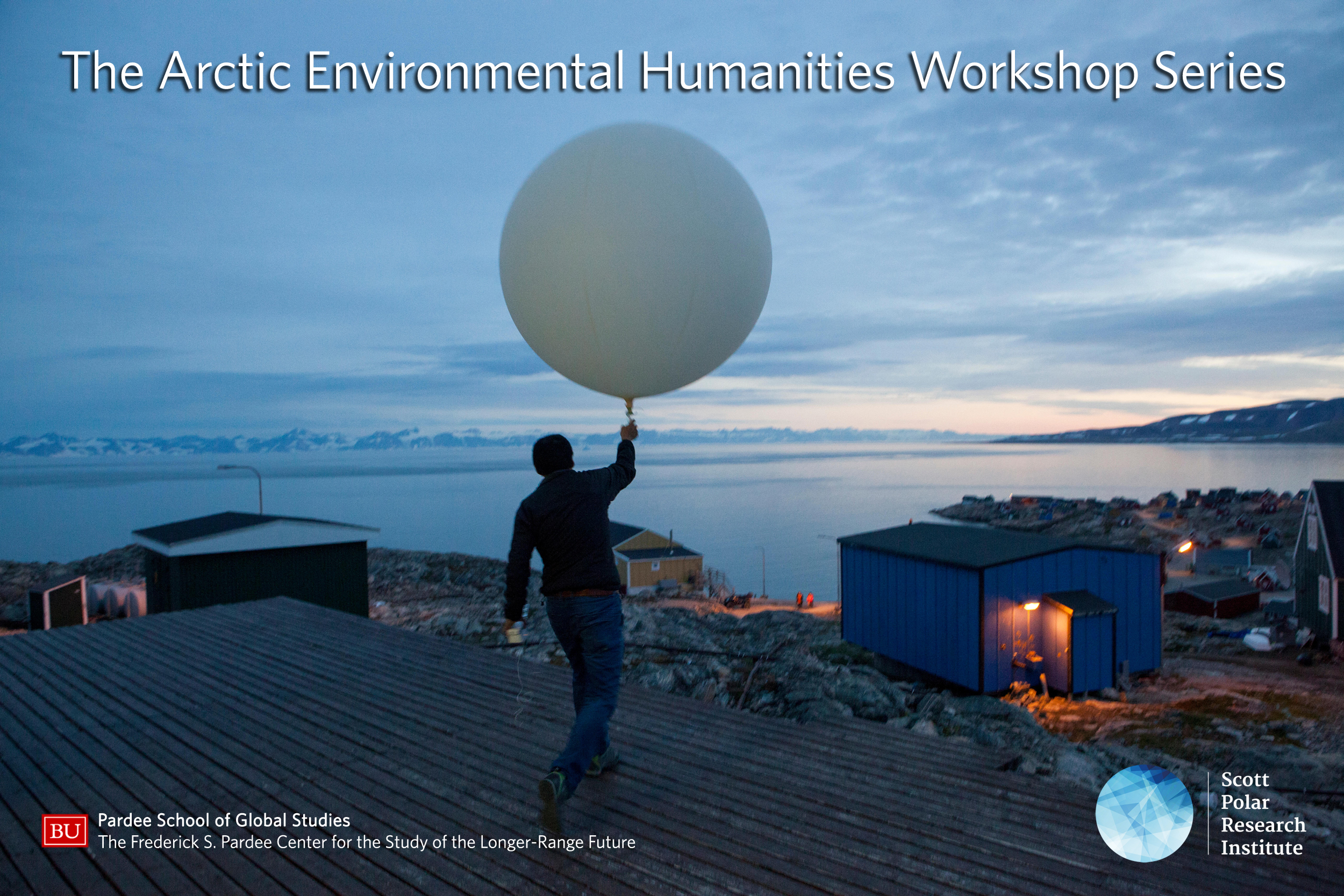 The Frederick S. Pardee Center for the Study of the Longer-Range Future at Boston University’s Pardee School of Global Studies and the Scott Polar Research Institute at the University of Cambridge are pleased to host the Arctic Environmental Humanities Workshop Series.

As the Arctic gains greater visibility among academics and diverse publics, we see an urgent need for humanities scholars to help shape the current debates and research priorities too often limited to the natural and social sciences. This rise in awareness of Arctic issues coincides with widespread academic initiatives in the emerging interdisciplinary field of environmental humanities. These growing interests in the Arctic and in the environmental humanities are in turn both catalyzed by the climate crisis; the urgency of this crisis is central to, but not exhaustive of, our collective commitment to Arctic environmental humanities (AEH).

We envision this workshop series as a collaborative enterprise that is robustly interdisciplinary and brings together diverse expertise of humanistic scholars, artists, and researchers drawn from international circles. Presentations and conversations will take place in varied formats, all online and freely accessible to all those interested. The perspectives and participation of northern communities and people will be particularly valuable and encouraged.

The Arctic world is dominated by ice, serving as a challenging interface between land and water, a highway connecting the travels and stories of Indigenous communities, a storehouse of the planet’s deep environmental memory, and a central component of planetary life, the cryosphere. Geologically and ecologically, the Arctic includes some of the oldest rocks and traces of life on the planet, as well as some of the youngest and most fragile ecosystems. Human civilizations in the Arctic stretch back millennia and include the most astonishing migrations we have ever accomplished as a species, establishing global trade routes across the northernmost habitable lands on Earth many thousands of years ago. Though often imagined by outsiders as a timeless, uninhabited, and sublime wasteland, the Arctic is a dynamic, heterogeneous world which millions of diverse occupants call home: from industrial cities, to small hamlets, to remote wildernesses, the northern world is connected by human and nonhuman activities unfolding over deep time. Today the unique pressures Indigenous Arctic peoples face due to the climate disruption, pollution, and cultural trauma generated by distant cities and nations are unprecedented. The crises faced by Indigenous peoples of the circumpolar world, converging around an ocean surrounded by three continents and vast archipelagoes, invite us to rethink geopolitical and regional paradigms such as East/West and North/South (indeed, the Arctic has sometimes been called the South of the North).

This richness in human and environmental histories is nevertheless often reduced in public discourses to the narrow significance of the Arctic as a sentinel of the climate crisis and a resource frontier, similar to the reduction of the Arctic world to just an environment (consider, for example, where most news stories about the Arctic are filed under). The humanities need to play a crucial role in highlighting the longer histories of the Arctic world as a deliberate challenge to the present focus on the Arctic as solely an indicator of future climate doom or resource boom, an often reductive approach made possible through the quantitative metrics of monetization. Within the emergent environmental humanities field, this workshop series can offer unique insights and focus onto the central role the cryosphere plays, along with the biosphere and lithosphere, in shaping life on earth. Social science and humanities scholars have recently begun articulating emergent critiques under the rubrics of cryopolitics, cryo-history, Arctic humanities, and “icy humanities,” foregrounding the significance of the Arctic world, its people, narratives, and more-than-human agents and forces, in shaping planetary life and geopolitics. Our knowledge of the planetary power of the cryosphere is also drawn from environmental sciences, and from Traditional Environmental Knowledge (and Inuit Qaujimajatuqangit) developed over centuries by Inuit and other Indigenous peoples. We see AEH as collaborating with and learning from the unique expertise grounded in the sciences and in Indigenous forms of knowledge. 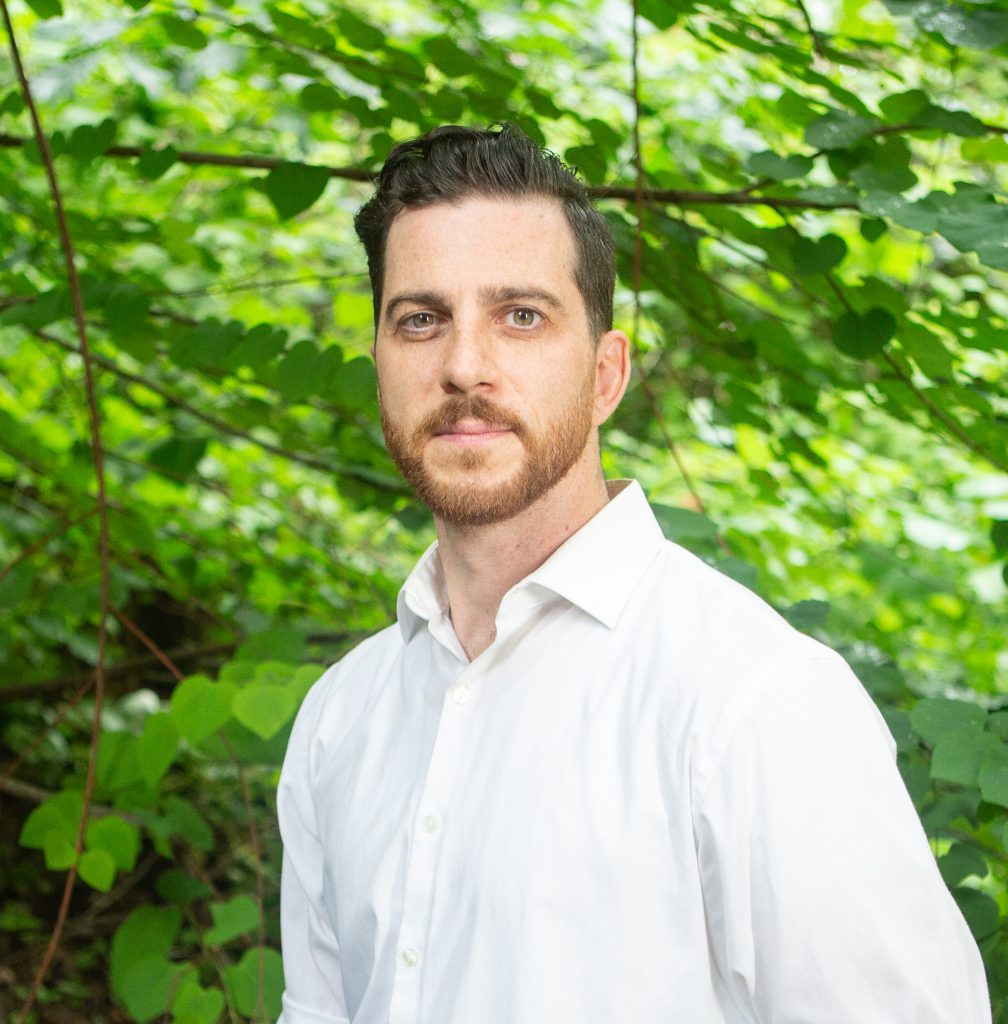 “What Can We Learn from Ignorance? Arctic Energy Frontiers, Environmental Regimes, and Indigenous Rights Movements Since the 1970s”
Prof. Andrew Stuhl

Doug Pimlott was shocked. The University of Toronto zoologist — one of Canada’s leading environmentalists — had just discovered a government secret. In 1973, the Department of Indian and Northern Affairs was planning an oil drilling program in the ice-choked Beaufort Sea (Arctic Ocean). What stunned Pimlott was not that the Department would target such a remote and challenging place for oil exploration. After all, the energy situation in North America in 1973 had grown desperate. Rather, it was that the entire discussion of the risks involved — to the delicate marine environment and to thousands of Inuit who relied upon its bounty — had been shielded from public scrutiny. “Nearly all the substantive information on offshore drilling plans is contained in various confidential proposals put forward by the oil industry and in restricted reports by the Department of Indian and Northern Affairs,” the scientist wrote. “Why had native communities in the region not been consulted about offshore drilling plans? Why was this new phase of exploration cloaked in secrecy?” As Pimlott searched for answers, Canada’s Cabinet pressed forward. In 1976, they approved two wells for the Beaufort Sea’s outer continental shelf. A year later, they supported long-term drilling there. The world’s northernmost oil frontier had been opened.

In this talk, Prof. Andrew Stuhl will examine the state of knowledge that Pimlott experienced as a constitutive element of energy frontiers, environmental regimes, and struggles for Indigenous rights in the late twentieth-century Arctic. That is, while actors in the oil industry and the Canadian government produced detailed studies about the risks and rewards of drilling in the Beaufort Sea, their circulation was limited — which also produced deliberate, widespread ignorance. Their efforts to maintain a state of limited knowledge blunted resistance from environmentalists and Indigenous rights advocates whose political power was on the rise. These activists attempted to slow or delay oil development by pointing out that oil companies knew very little about the sensitive ecologies and Indigenous claims to land in the Arctic. In response, oil companies designed elaborate consultation campaigns to nurture local support and undercut opposition to oil exploitation. Drawing on recently declassified sources from the Canadian federal government and the oil and gas industry, Prof. Stuhl will explore how studies of ignorance can thus help explain the shape of public interest groups, corporate social responsibility campaigns, oil and gas schemes, research agendas in the natural sciences, and environmental politics in Arctic North America over the last 50 years.

Andrew Stuhl is an Associate Professor of Environmental Studies and Sciences at Bucknell University and author of Unfreezing the Arctic: Science, Colonialism, and the Transformation of Inuit Lands (University of Chicago Press, 2016). All proceeds from Unfreezing the Arctic royalties go to Alaska Youth for Environmental Action and East Three Secondary School‘s On the Land Program in Inuvik, Northwest Territories, Canada.

“Arctic Energy Before Petroleum: Or, What Whales Can Tell Us About Writing History”
Bathsheba Demuth
Assistant Professor of History & Environment and Society, Brown University
***Read Chapter 4 (“The Waking Ice”) of Demuth’s 2019 book, Floating Coast: An Environmental History of the Bering Strait: DOWNLOAD HERE

Adriana Craciun is the Emma MacLachlan Metcalf Chair of Humanities at Boston University. Her most recent book, Writing Arctic Disaster: Authorship and Exploration (Cambridge University Press, 2016), was shortlisted for the 2016 Kendrick Book Prize by the Society for Literature, Science & the Arts. With Simon Schaffer she edited The Material Cultures of Enlightenment Arts and Sciences (Palgrave, 2016) and with Mary Terrall, Curious Encounters: Voyaging, Collecting, and Making Knowledge in the Long Eighteenth Century (Toronto UP, 2019). She has published widely on Arctic history and maritime exploration, in journals such as PMLA, Eighteenth-Century Studies, Atlantic Studies, Victorian Literature and Culture, and Interventions: International Journal of Postcolonial Studies, as well as in current international media regarding Arctic exploration heritage. She is currently writing two books: Arctic Enlightenments: Archives of Deep Time Floras, on the history of botanical collecting, plant longevity, and phytogeography, from the Enlightenment to the Svalbard Global Seed Vault; and a second book, co-authored with Michael Bravo, titled Through the Living Arctic (forthcoming from Cambridge University Press).

Michael Bravo is based at the Scott Polar Research Institute, where he has recently served as a member of the Senior Management Group and as Acting Director of the institute. He is also Head of the Circumpolar History and Public Policy Research Group and a Senior Associate Scientist at the Stefansson Arctic Institute (Iceland). Michael has also held a visiting Professorship at Arctic University of Norway in Tromsø. Very early in his career Michael travelled to the High Arctic and became captivated by the oral tradition and memory of the Inuit people and their historical encounters with the explorers, whalers, and missionaries. Michael read for a Ph.D. in the history and philosophy of science (Cambridge, 1992). This brought him into the community of historians of science and environmental historians. In June 2014, he launched with Canadian partners an online Pan-Inuit Trails Atlas (http://paninuittrails.org) spanning the Canadian Arctic, and drawing on maps drawn by Inuit from land claims and historical literature. His books include Narrating the Arctic (2002, ed. with S. Sörlin) and Arctic Geopolitics and Autonomy (2011, ed. with N. Triscott). His latest book, North Pole: Nature and Culture (Reaktion, 2019) has received glowing reviews in New Scientist, the Literary Review of Canada, and Arctic Today. It has also featured at the Cambridge Festival of Ideas and Stoke Newington Literary Festival, and has been selected by NetGalley as a Non-fiction Featured Book.

“The World After Coronavirus” Video Series Adapted by Link TV

“The World After Coronavirus” Video Series Adapted by Link TV