The Risks of Multiple Breadbasket Failures in the 21st Century: A Science Research Agenda 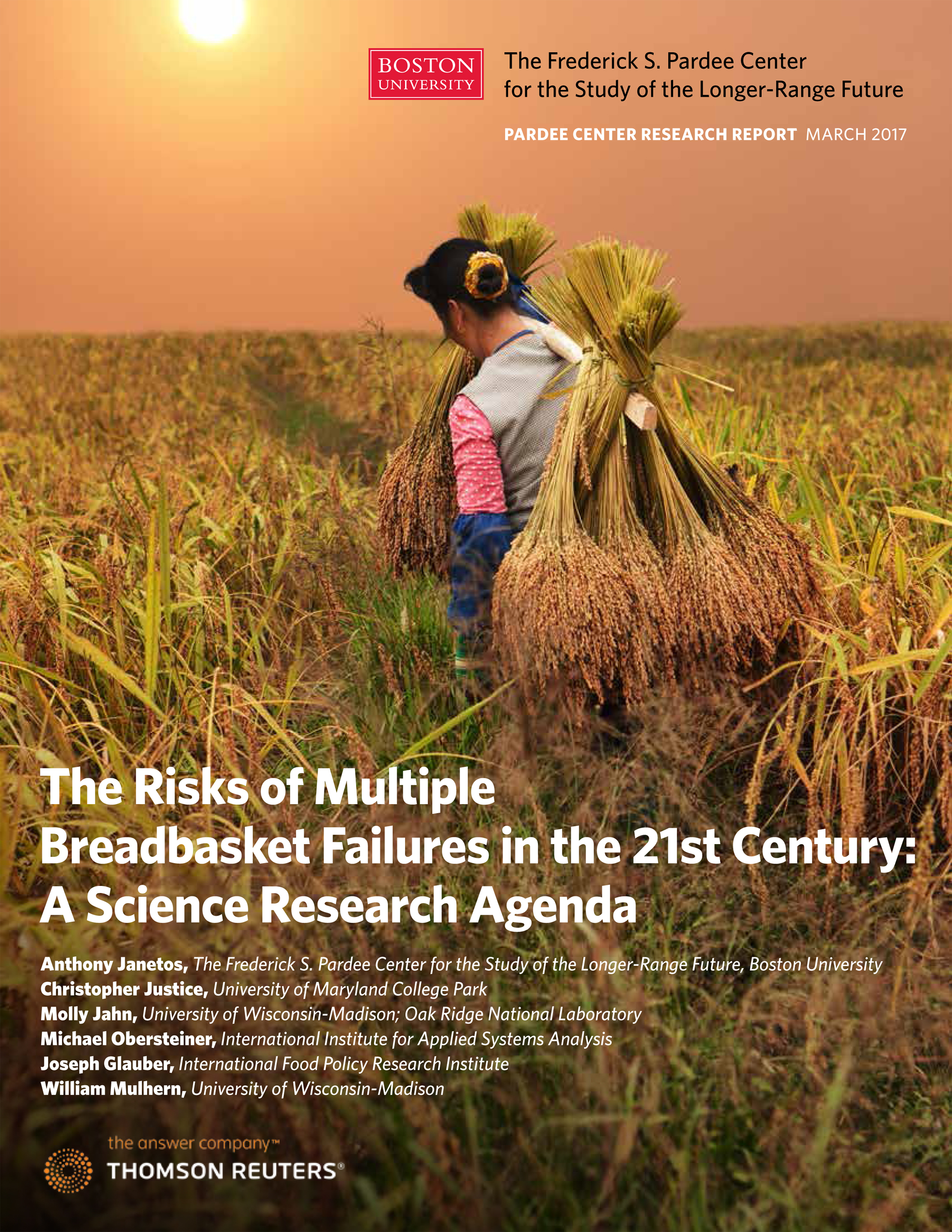 According to the UN’s Food and Agricultural Organization (Statistics Division 2016), a relatively small area of the world, 23 percent of total cropland, accounts for a large proportion of total global cereal production, with most of the area devoted to three major cereal crops: maize (70.3 percent), wheat (69.3 percent), and rice (84.5 percent). In a recent study of global hotspots of heat stress due to climate change, Teixeira et al (2013) showed areas of Central Asia, East Asia, South Asia, and North America, which include the major grain producing areas of the world, as being particularly vulnerable. The structure of globalized food systems, with major constrictions in trade flows and highly concentrated areas of the world’s food production, creates obvious vulnerabilities. Systematic evaluation of the likelihood of disruptive events in relation to each other and their potential impacts has not been done.

Written by an interdisciplinary team of leading researchers, this report describes a science research agenda toward improved probabilistic modeling and prediction of multiple breadbasket failures and the potential consequences for global food systems. The authors highlight gaps in the existing empirical foundation and analytical capabilities and offer general approaches to address these gaps. They also suggest the need to fuse diverse data sources, recent observations, and new suites of dynamic models capable of connecting agricultural outcomes to elements of the global food system. The goal of these efforts is to provide better information concerning potential systemic risks to breadbaskets in various regions of the world to inform policies and decisions that have the potential for global impacts.

This report stems from an international, interdisciplinary workshop organized by Knowledge Systems for Sustainability and hosted by the Frederick S. Pardee Center for the Study of the Longer-Range Future, with support from Thomson Reuters, in November 2014.

Anthony Janetos,* The Frederick S. Pardee Center for the Study of the Longer-Range Future, Boston University