Boston University School of Law has for years been noted for its outstanding faculty. The School continues to enhance that reputation with this year’s appointments of a full-time professor, two new clinic directors, and two visiting professors. 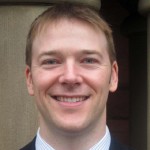 joined the BU Law faculty as associate professor of law. His research focuses on laws governing mass transactions between large companies and individual consumers. His writing on this topic has appeared in publications such as the University of Pennsylvania Law Review, Yale Journal on Regulation, and Harvard Law Review. 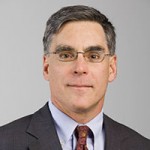 Gerard P. O’Connor joins BU Law as director of the Entrepreneurship & Intellectual Property Clinic, where he will supervise BU Law students who are advising student entrepreneurs from MIT and BU seeking to establish IP-intensive businesses.

Before taking on this role, O’Connor represented technology entrepreneurs for over 20 years, practicing this complex and rapidly evolving area of the law at leading Boston-area firms before founding his own practice. O’Connor’s experience extends from start-up services to general corporate representation and M&A counsel. He has handled hundreds of successful transactions for his clients, in industry sectors including life sciences/pharmaceuticals, medical devices, software, financial services, manufacturing, robotics, energy/clean tech, and professional services. A particular area of specialization has been the commercialization of university-based intellectual property.

O’Connor is a frequent speaker on topics relating to entrepreneurship. He is a long-time volunteer with the MIT Enterprise Forum of Cambridge and co-chairs its CEO Services Committee. He serves as a director on the boards of area non-profits including Freelance Players/Urban Improv, Inc. and the Collaborative Learning Project, Inc. 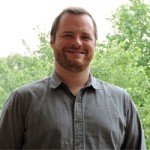 Andrew Sellars joins BU Law as director of the Technology & Cyberlaw Clinic, launching in the fall 2016 semester. In this clinic, BU Law students will advise MIT and BU students on laws and regulations that may affect their innovation-related academic and extracurricular projects.

Before joining BU, Sellars was the Corydon B. Dunham First Amendment Fellow at Harvard University’s Berkman Center for Internet & Society. At the Berkman Center, he focused on a variety of legal issues surrounding technology, intellectual property, and civil liberties. His work included advising clients on online free expression and media law matters, defending independent computer security research, helping clients navigate copyright and trademark law, and advocating for greater privacy rights in emerging technologies. Over his five years at the Berkman Center, Sellars served as the assistant director of Berkman’s Digital Media Law Project, and as a clinical fellow at the Harvard Law School Cyberlaw Clinic.

Leora Bilsky, a professor at the Tel Aviv University Faculty of Law and the director of the Minerva Center for Human Rights at Tel Aviv University, joins BU Law this year as the William & Patricia Kleh Visiting Professor in International Law. She will deliver the Kleh Lecture at BU Law on October 20, 2016.

Bilsky earned her LLB from Hebrew University and an LLM and a JSD from Yale Law School (where she held a Fulbright award). She clerked for the Honorable Aharon Barak on Israel’s supreme court. She was a visiting professor at Toronto University and Amherst College, and a Fellow in Ethics and the Professions at Harvard University. Bilsky’s main areas of research and teaching are criminal law, international criminal law, transitional justice, feminist legal theory, and legal history.

Bilsky has served as editor in chief of the political theory journal Theory and Criticism, and as editor of law journals Mishpatim, Iyunei Mispat, and Theoretical Inquiries in Law. She is the author of Transformative Justice: Israeli Identity on Trial (Michigan University Press, 2004), and The Holocaust, Corporations and the Law (forthcoming, Michigan University Press).

Aaron T. Knapp writes and teaches about the history of Anglo-American law, legal institutions, legal thought, and constitutionalism. His published work includes a path-breaking article on the jurisprudence of founding father James Wilson. His historical scholarship advances a novel approach to understanding the emergence of an independent American legal culture after the Revolution that highlights changing popular attitudes toward the legal profession. His doctoral dissertation and book manuscript explore the role of coercion in the origins, framing, and early implementation of the Constitution.

Three forthcoming articles build on these foundations. The first is a freshly conceived drafting history of the Constitution that finds the New Jersey Plan exerting much greater influence on the Constitution’s fundamental structural features than the prevailing scholarship recognizes. The second reorients existing scholarship on the historical origins, scope, and early implementation of the nation’s founding judicial legislation—the Judiciary Act of 1789. The third investigates the eighteenth-century origins of the federal administrative state, using Gautham Rao’s recent National Duties: Custom Houses and the Making of the American State (Chicago 2016) as a point of departure.