Larry Yackle has written seven books: Federal Courts: The Current Questions (Carolina Academic Press, 2017); Federal Courts (Carolina Academic Press, 3d ed. 2009); Regulatory Rights: Supreme Court Activism, the Public Interest, and the Making of Constitutional Law (University of Chicago Press, 2007); Federal Courts: Habeas Corpus (Foundation Press, 2003); Reclaiming the Federal Courts (Harvard University Press, 1994); Reform and Regret (Oxford University Press, 1989); and Postconviction Remedies (Lawyers Coop, 1981). His special interest is federal habeas corpus for state prisoners. He has written a number of articles on that subject, the most recent of which are: “The New Habeas Corpus in Death Penalty Cases,” 63 Am. U. L. Rev. 1791 (2014) and “AEDPA Mea Culpa,” 24 Federal Sentencing Reporter 4 (2012). Yackle has written amicus briefs (on behalf of the ACLU) in many of the habeas corpus cases the Supreme Court has considered in the last twenty years. 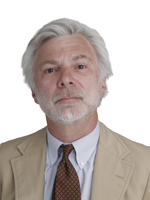 Federal Courts is a course about judicial power. In short, it helps students answer the question: What is the role of the federal judiciary in our constitutional democracy. We examine the statutory, constitutional, and judge-made doctrines that empower the federal courts, as well as those that limit their authority. What is a "case" to begin with? Are some disputes simply not cases amenable to resolution by federal judges? Who should be able to bring a case to the courts' attention? The simple answer is someone injured by unlawful conduct. But what constitutes an injury? And who decides what constitutes an injury? Who can be held accountable for injuries resulting from unlawful conduct? Should certain entities and people have immunity from suit in federal court altogether? We grapple with that question in our study of state sovereign immunity and official immunity doctrines. We also study the relationships between the federal courts and the other branches of government: Congress and the President. For example, does Congress have the power to abolish the federal courts, if it sees fit? Could it remove certain cases from the federal courts' jurisdiction, such as cases involving immigration or the Second Amendment? This course builds extensively on topics covered in Constitutional Law and Civil Procedure. It is strongly recommended for students who are interested in litigation of any sort (in state or federal court), civil rights, and government lawyering at any level, including clerking for a state or federal judge.