The BUCH Podcast created in 2020 builds on the two most explosively popular genres of our time—one technological, one literary—the podcast and the memoir. Podcasts have become an established medium in our culture and listeners can’t get enough of them. The image of a lone wanderer in a landscape or cityscape, wearing headphones or earbuds transmitting mind-bending episodes on a boundless wealth of subjects, is now iconic. Memoirs have achieved a similar iconic status with samples pouring out of publishing houses in recent decades. Of course, both genres represent forms that have been with us for eons: storytelling (podcasts) and life histories/autobiographies (memoirs). 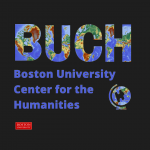 At a time once more when skepticism about the contribution of immigrants to the success of the American story has become widespread, memoirists have seized the opportunity to remind us that migration stories are American stories, and migrants part of the lifeblood of the United States. Season Two features three conversations with authors who have written books relating personal stories of migrating from the Caribbean, the Middle East, and Asia, on their way to becoming Americans.

In Episode One, Junot Diaz interviews Dan-el Padilla Peralta about his memoir, Undocumented: A Dominican Boy’s Odyssey from a Homeless Shelter to the Ivy League.

In Episode Two, Claire Messud interviews Roya Hakakian about her book, A Beginner’s Guide to America: For the Immigrant and the Curious. 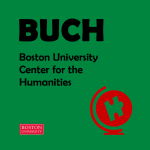 Season One
Black Memoirs in the Global Age

As we engage with an increasingly diverse array of media, life stories told from personal perspectives—memoirs—continue to captivate the public’s imagination.  In Season One, three authors share their stories across three continents contending with mental health, overcoming the challenges of growing up, and navigating the opportunities and perils of lives lived as public intellectuals. They relate the joys, and the challenges of being African, Caribbean, and American—the doubleness of being both Black and diasporic—in the United States today.

In Episode One, Sandro Galea interviews Bassey Ikpi about her memoir, I’m Telling the Truth, but I’m Lying.

In Episode Two, Patricia Williams interviews Orlando Patterson about his 2019 book, The Confounding Island: Jamaica and the Postcolonial Predicament.

In Episode Three, Caryl Phillips interviews Louis Chude-Sokei about his 2021 book, Floating in a Most Peculiar Way: A Memoir.