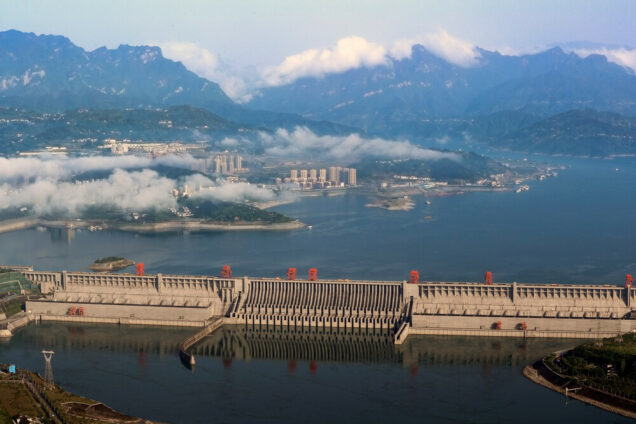 According to the International Energy Agency (IEA), the world has added more than 530 GW of newly built hydropower generating capacity from 2000 to 2019, accounting for 40 percent of all capacity the world has built since the 1900s.

China is not absent in this worldwide trend, and in fact, has been a major champion of the hydropower boom both domestically and abroad. In a new working paper, Senior Research Scholar Bo Kong explores what has been steering China’s global hydropower industry by analyzing both the domestic and international factors. In particular, the paper places two of China’s policy banks – the Chinese Development Bank and the Export-Import Bank of China – at the front and center of the inquiry, the key role of which, preexisting research in the field has not given sufficient analysis on.

This working paper aims to illustrate why the two policy banks finance foreign hydropower plants. Drawing on the China’s Global Energy Finance Database maintained by the Boston University Global Development Policy Center, government documents and other data from organizations like the World Bank and the IEA, Kong maps hydropower expansion in China and around the world, as well as China’s overseas involvement in the hydropower sector over the past few decades. Specifically, the paper adopts a political economy approach to investigating both the internal push factors and the external pull factors that drive China’s two main policy banks to finance hydropower projects (HPPs) worldwide.

The paper finds that the global presence of Chinese hydropower as it is today has been driven by a multitude of domestic and external factors, including the state of development of China’s domestic hydropower sector, the international developmental strategies and economic diplomacy of the Chinese state, the mandates of China’s policy banks, demand from low- and middle-income countries and the dynamics of international development finance.

Domestically, after a period of rapid growth, the Chinese hydropower sector’s expansion started to slow down since 2008, due to the effect of four main factors—a slowdown in China’s economic growth, rising hydropower development costs for new hydropower projects, increasing political complications around some new projects on transboundary rivers and a constrained growth outlook.

Meanwhile, the Chinese government has adopted the “going out” strategy since the beginning of the 2000s, to pursue growth and development by globalizing its economy, and later since 2013, the Belt and Road Initiative (BRI). China’s two main policy banks — the China Development Bank (CDB) and the Export-Import Bank of China (CHEXIM) identified as a priority for financial support international expansion aimed to access to foreign natural resources, expanding domestic export, enhancing acquisitions of overseas strategic capital, such as advanced technologies, management experience and talents and improving the global competitiveness of corporate China through overseas investment.

Kong verified that all of the foreign HPPs financed by CDB and CHEXIM from 2001-2020 are tied to Chinese hydropower export, or contracting of some kind. He argues that financing foreign HPPs to help the Chinese hydropower sector expand overseas is consistent with the policy banks’ organizational identity to support Chinese industrial development, and also the commercial operations of the banks themselves. It also promotes the interests of the Chinese state, both in implementing globalizing strategies and also in supporting China’s economic diplomacy towards the Global South.

Outside China, there is also a strong demand from low- and middle-income countries to start HPP projects. However, very few of these countries have acquired the financial, technological, or experience to construct HPPs on their own. Without these baseline resources, low- and middle-income countries have found themselves relying on foreign lenders and contractors to plan, design, procure and build the hydropower plants.

Meanwhile, although other multilateral development banks like the World Bank, have stepped up support for hydropower since the early 2000s, the majority of the banks have allocated more of their lending to non-hydro renewable power, such as solar and wind power, than hydropower over the past decade or so. This shift coincided with the launch of the BRI, and the two policy banks stepping up their financial support for Chinese hydropower enterprises. As a result, CDB and CHEXIM have worked with 38 countries, accounting for 19.4 percent of the world’s new capacity additions excluding China from 2001 to 2018.

Figure 1 below breaks down the regional distribution of Chinese overseas development finance for hydropower projects worldwide from 2001-2020, showing heavy activity in Africa and Latin America and the Caribbean (LAC).

While China’s domestic hydropower market was approaching saturation, other low- and middle-income countries continue to seek ways to improve their energy infrastructure. China has seized the opportunity to sustain the growth of its domestic hydropower sector, while also providing renewable energy and infrastructure capacity for greater economic growth to developing countries in need. This is complemented by CDB and CHEXIM, which are in the position to support the goals of the Chinese government, the Chinese hydropower industry and their own financial needs. As HPP construction furthers the goals of China and foreign governments, it is unlikely that the activity will cease.

It is important to note though that hydropower projects also often carry risks to local livelihood, biodiversity and ecosystems, and require very careful risk assessment, stakeholder engagement and safeguard measures. Continuing into the next decade, Kong argues China will need to continue to enhance its practices to address these issues and play a more active part in the global effort for sustainable and inclusive development.