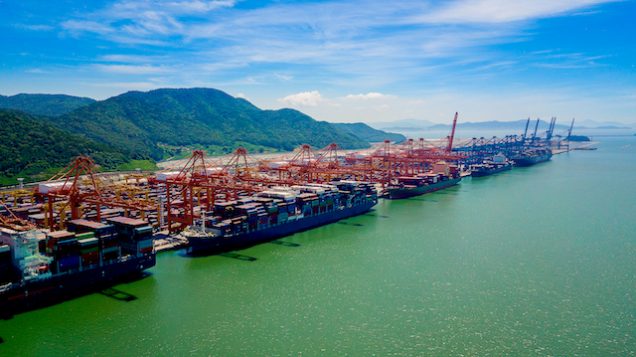 Free trade agreements (FTAs) are often signed by the developing countries in the hope of increasing their market access, improving their balance of trade (BOT) and reviving their economic growth by generating additional output and employment in their countries. However, if FTAs worsen the BOT or net exports, they can adversely impact Gross Domestic Product (GDP) growth and employment in the country.

In this context, a new working paper from Rashmi Banga, Kevin P. Gallagher and Prerna Sharma undertakes a detailed disaggregated product-level impact analysis of tariff liberalization to estimate the additional market access that can be achieved by developing countries through the Regional Comprehensive Economic Partnership (RCEP). RCEP is an agreement negotiated initially between the ten members of the Association of South East Asian Nations (ASEAN): Brunei-Darussalam, Cambodia, Indonesia, Laos, Malaysia, Myanmar, Philippines, Singapore, Thailand, and Vietnam, plus the six countries with which ASEAN has free trade agreements (Australia, China, India, Japan, South Korea, and New Zealand).

RCEP was signed virtually between the 15 countries in November 2020, but has not yet been ratified by all countries. The text of RCEP has 20 chapters including trade in goods, trade in services, investment, e-commerce, intellectual property, government procurement and competition. This working paper focuses on the chapter on goods and estimates the impact of RCEP on net exports and BOT of RCEP member countries, aiming at estimating the additional market access which can be generated for ASEAN countries.

The results show that ASEAN will be a net loser in terms of its existing BOT post RCEP since its BOT will deteriorate by six percent per annum. Imports into ASEAN will increase much more than its exports. Within ASEAN, BOT deteriorates for Cambodia, Indonesia, Lao PDR, Malaysia, Myanmar, Philippines, Singapore, Thailand, and Vietnam. However, BOT improves substantially for non- ASEAN countries like Japan and New Zealand. The reason for deterioration of BOT of most of the ASEAN countries is trade diversion within the RCEP group towards more efficient exporters which adversely impacts the existing exports of ASEAN countries. This will lead to decline in intra-ASEAN trade as ASEAN countries import from more efficient exporters like China instead of other ASEAN countries.