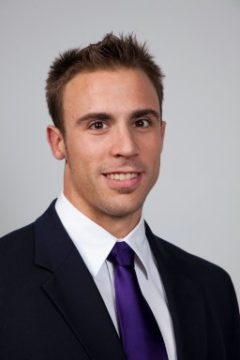 Ray  received a Bachelor of Arts in Psychology from Curry College in Milton, Massachusetts, in 2011. Ray joined the CTE Center in 2016 after receiving his MS in Neuroscience from Brandeis University in Waltham, Massachusetts.

Ray works at the VA-BU-CLF Brain Bank where he assists neuropathologists in studying postmortem brain donations for signs of CTE and other neurodegenerative diseases. He coordinates and manages various internal lab projects and external collaborations, including the collection and distribution of brain samples for approved tissue requests. He also conducts database management as well as inventorying fixed and frozen neurobiological specimens received, such as brain, spinal cord, cerebrospinal fluid, and eyes.

Ray’s interested in the molecular underpinnings of neurodegenerative diseases particularly the long term sequale that leads to clinical presentation and pathology. He is also interested in the clinicopathological correlations in chronic traumatic encephalopathy (CTE) as a way to identify potential risk factors for CTE, as well as better determining the clinical and neuropathological progression of the disease.