Chronic Traumatic Encephalopathy (CTE) is a progressive degenerative disease of the brain found in people with a history of repetitive head impacts (RHI) often incurred during contact sport play, military service, and other activities that involve repeated blows to the head. These may include symptomatic concussions as well as subconcussive hits that do not cause symptoms. Subconcussive hits are routine in many sports, including checking in ice hockey and heading the ball in soccer. CTE has been known to affect boxers since the 1920’s (when it was initially termed punch drunk syndrome or dementia pugilistica).

In recent years, reports have been published of neuropathologically confirmed CTE found in other athletes, including football and hockey players (playing and retired), as well as in military veterans who have a history of repetitive brain trauma. CTE is not limited to current professional athletes; it has also been found in athletes who did not play sports after high school or college.

The repeated brain trauma triggers progressive degeneration of the brain tissue, including the build-up of an abnormal protein called tau in a unique pattern. The pattern of tau seen in the brains of those with CTE is distinct from other neurodegenerative diseases such as Alzheimer’s disease (AD), progressive supra nuclear palsy (PSP), and corticobasal degeneration (CBD). These changes in the brain can begin months, years, or even decades after the last brain trauma or end of active athletic involvement. The brain degeneration is associated with common symptoms of CTE including memory loss, confusion, impaired judgment, impulse control problems, aggression, depression, suicidality, parkinsonism, and eventually progressive dementia.

In both sets of photographs below, the brain tissue has been immunostained for tau protein, which appears as a dark brown color. 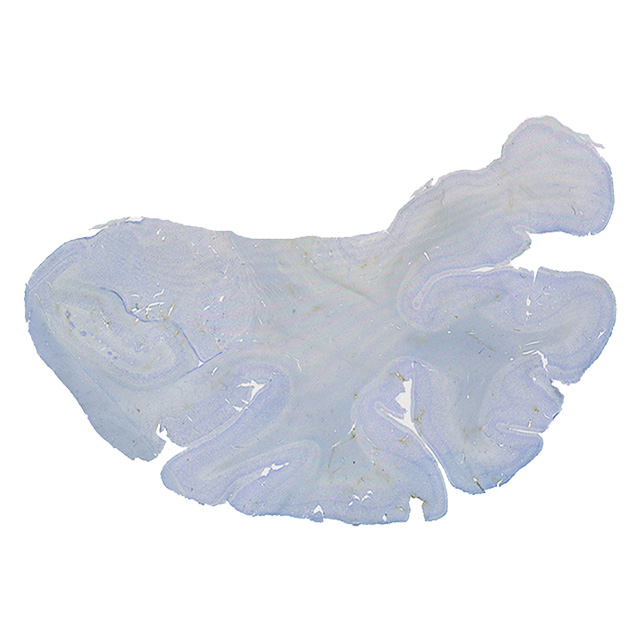 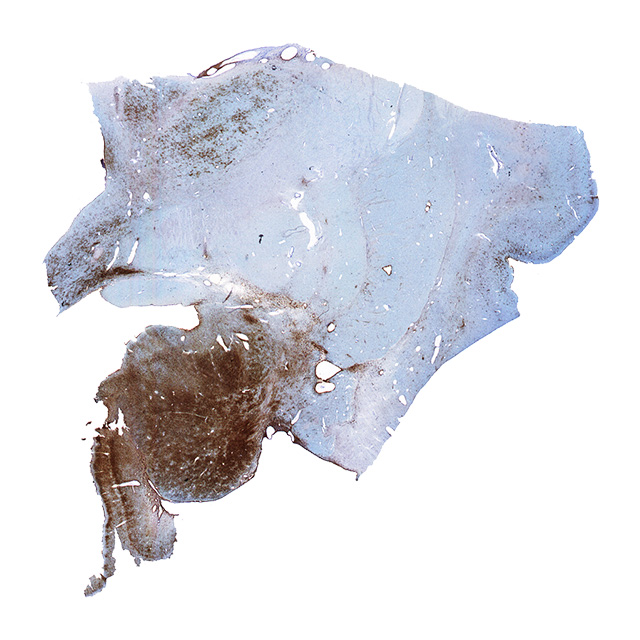 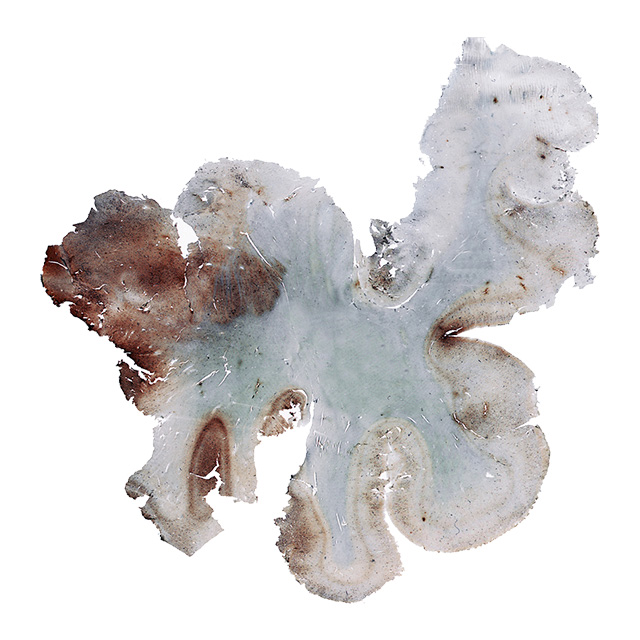 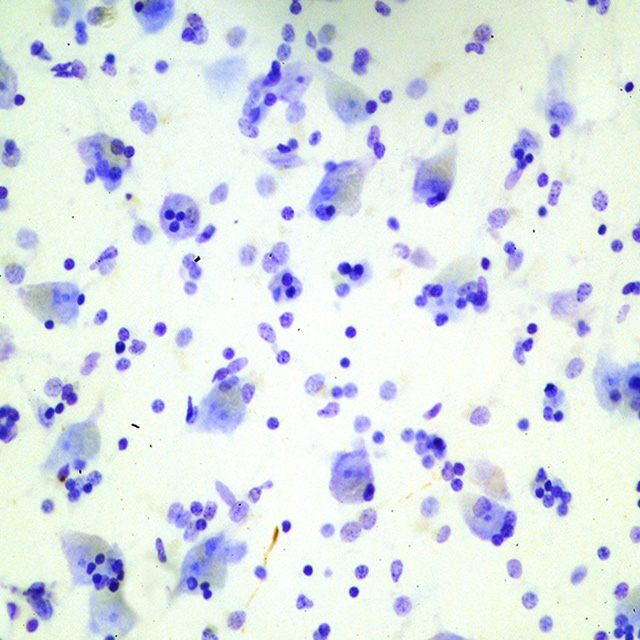 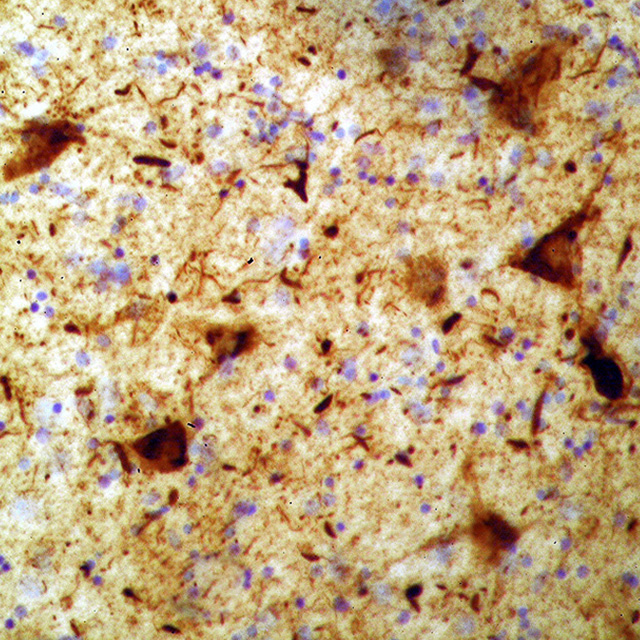 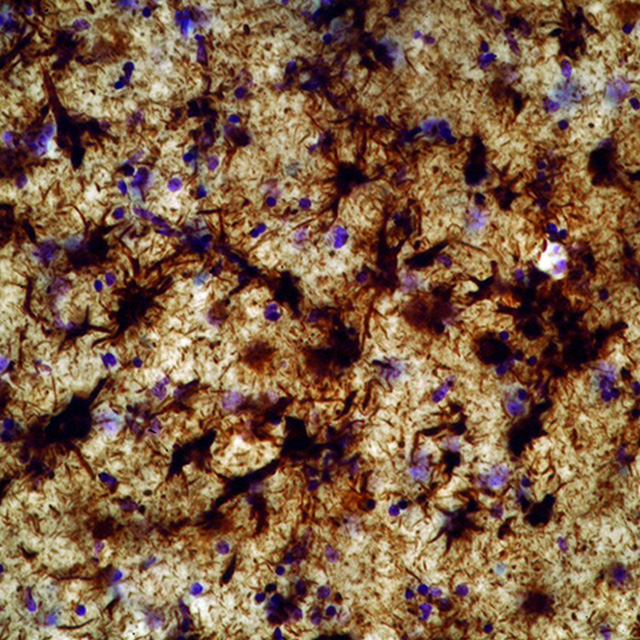 How do you get CTE? Can I get CTE from one concussion/hit to the head?

We believe CTE is caused by repetitive brain trauma. This trauma includes both concussions that cause symptoms and subconcussive hits to the head that cause no symptoms. At this time the number or type of hits to the head needed to trigger degenerative changes of the brain is unknown. In addition, it is likely that other factors, such as genetics, may play a role in the development of CTE, as not everyone with a history of repeated brain trauma develops this disease. However, these other factors are not yet understood.

What is a concussion?

A concussion has occurred any time you have had a blow to the head that caused you to have symptoms for any amount of time. You do NOT need to have lost consciousness to have a concussion. These symptoms include blurred or double vision, seeing stars, sensitivity to light or noise, headache, dizziness or balance problems, nausea, vomiting, trouble sleeping, fatigue, confusion, difficulty remembering, difficulty concentrating, or loss of consciousness. A concussion has also occurred when a person gets a “ding” or gets their “bell rung.”

What are the symptoms of CTE?

I recently had a concussion, and I am suffering from a number of the symptoms listed above. Do I have CTE?

Just because you have some or many of the symptoms of CTE does not necessarily mean that you have the disease itself. There are many possible causes of these types of symptoms. If you are having difficulties, you should speak with your primary care or specialist physician.

How is CTE diagnosed?

At this time CTE can only be diagnosed after death by postmortem neuropathological analysis. Right now there is no known way to use MRI, CT, PET, SPECT, or other brain imaging methods to definitively diagnose CTE. In addition, there are no known blood or spinal fluid tests for CTE. The CTE Center is actively conducting research aimed at learning how to diagnose CTE during life. Find out more about our research here.

Can I be evaluated at the BU CTE Center?

The BU CTE Center is a research group. At this point in time we do not offer clinical services. The best first step, if you are seeking clinical evaluation, is to speak to your primary care physician. For more information on physicians in your area who work with those suffering from brain trauma, please use the Concussion Clinics search tool. Many of our clinical research studies include evaluations. However, these are not intended to replace routine or specialized medical care. Please review our actively recruiting studies and email studycte@bu.edu if you are interested in participating in our research.

Can you refer me to a doctor?

Unfortunately, we are a research center, and do not provide continuing medical care. We do not maintain a comprehensive list of doctors across the country who are familiar with brain injury and CTE. However our collaborators at the Concussion Legacy Foundation can assist if you reach out to their HelpLine. They have a staff dedicated to connecting individuals with medical and community resources specific to brain injury and CTE.

Can CTE be cured? What can I do if I think I have CTE?

Unfortunately, at this time there is no cure for CTE. However, the CTE Center is currently conducting ongoing clinical research aimed at discovering how CTE develops and progresses, risk factors for the development of the disease, and how to diagnose the disease during life. The symptoms of CTE, such as depression and anxiety, can be treated individually. If you believe you or a loved one may have CTE, please read through the Living with CTE page and talk with your physician. For more information on physicians in your area who work with those suffering from brain trauma, please use the Concussion Clinics search tool.

What’s the difference between CTE and Alzheimer’s Disease (AD)?

Although there are some similarities between CTE and Alzheimer’s Disease (AD), significant differences exist. The symptoms of CTE generally present earlier (in one’s 40s) than those of AD (in one’s 60s). The initial and most central symptoms in AD involve memory problems, while the first symptoms of CTE generally involve problems with judgment, reasoning, problem solving, impulse control, and aggression. In addition, these diseases are found to be different in postmortem neuropathological findings.

What can I do to help/how can I become involved in research?

Thank you for your interest in helping with our research. If you would like to pledge to donate your brain, please sign up using this link. We encourage individuals, with and without head trauma, to sign up. Being a brain donor is similar to being an organ donor, and the procedure is done in such a way that the donor may have an open casket if desired. BU CTE Center personnel understand that this is a difficult time for the family of the donor, and they work hard to make the donation process as easy as possible for the family. For more information visit our FAQ on brain donation. If you would like to participate in clinical research, please review our recruiting studies and reach out to the appropriate study coordinator. If you would like to make a donation, including in memoriam, we are grateful for your generosity. Our research is funded through grants and generous gifts.

Do I have to be a high level amateur or professional athlete to participate in your research?

Can I participate in the Brain Donation Registry?

Yes, we encourage individuals, with and without head trauma, to sign up. When enrolling, you may also indicate whether you want to be informed about recruiting clinical studies. If you have questions about brain donation, please reach out to BU CTE Center Research Program Manager Madeline Uretsky (muretsky@bu.edu). If you have questions about your Brain Donation Registry card, or need a replacement card, please fill out the form here or contact Rachel Perkins of the Concussion Legacy Foundation (rperkins@concussionfoundation.org).

Can I participate in the LEGEND study?

The enrollment period for the LEGEND Study has closed.