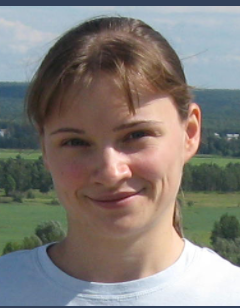 I received my B.Sc. (2004), M.Sc. (2006) and Ph.D. (2009) in Physics from the Moscow State Pedagogical University where I worked mostly on the development and characterization of novel Superconducting Single-Photon Counting Detectors based on NbN nanofilms. During the course of my Ph.D. studies I’ve extended my research interests into the field of single-photon detector applications to biophotonics. This involves Quantum Optical Coherence Tomography, Optical Coherence Tomography, Correlation Spectroscopy, as well as Quantum Optics in general. During the last two years of my doctoral program I worked as a Research Assistant with Prof. Alexander Sergienko in the Dept of Electrical & Computer Engineering and the Photonics Center at Boston University.

I joined Dr. Lee Goldstein’s group as a Postdoctoral Research Associate in the Dept Biomedical Engineering in July 2009. I currently work on developing and characterizing Quasi-Elastic Light (QLS) scattering and confocal fluorescent correlation spectroscopy (cFCS) instruments with the purpose of developing early non-invasive diagnostics for Alzheimer’s Disease and radiation exposure.