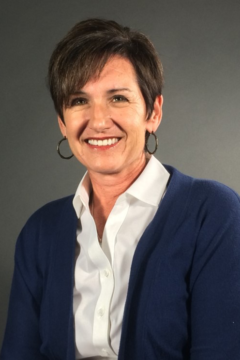 Lisa McHale graduated from Cornell University, where she met her husband, Tom McHale, an All-American Defensive End for the Big Red. They married in 1990 and moved to Tampa, where Tom began his 9 year NFL career with the Tampa Bay Buccaneers and Lisa received a Master’s and Educational Specialist (ED.S) degree in School Psychology from the University of South Florida. Their eldest son T.J. was born in May 1994, and suffered complications due to extreme prematurity. Since that time, Lisa has enjoyed the challenges and the joys of raising a child with special needs, along with his younger brothers, Michael and Matthew. Lisa’s introduction to the CTE Center at Boston University School of Medicine and the Concussion Legacy Foundation occurred in 2008 when her husband of eighteen years passed away in May and became the second former NFL player diagnosed with Chronic Traumatic Encephalopathy by researchers at the CTE Center. In March, 2010, Lisa joined the Concussion Legacy Foundation team, first serving as the Volunteer and Family Coordinator.  She and her three boys reside in Tampa.