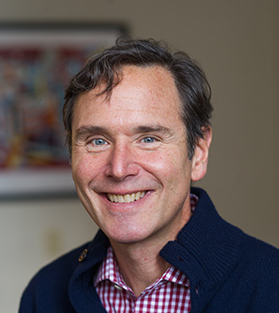 From BU Today – Stan Sclaroff, a College of Arts & Sciences professor of computer science, has been appointed dean ad interim of Arts & Sciences for the current academic year. A leading scholar in computer vision, pattern recognition, and machine learning, he replaces Ann Cudd, who stepped down as dean July 31 to become provost of the University of Pittsburgh. A nationwide search for a permanent dean will launch this fall.

A CAS faculty member since 1995, Sclaroff brings a wealth of leadership experience to his new role. He was previously associate dean of the faculty for mathematical and computational sciences and was chair of the computer science department from 2007 to 2013.

“I see my role as an advocate for, a champion for, an enabler for, a facilitator for all of the departments and programs in the college, and a connector,” he says. “The point being I’ll focus on a more complete picture of the college, when previously I was looking at a slice.”

Sclaroff founded the computer science department’s Image and Video Computing Group, and he holds an affiliate appointment in the College of Engineering electrical and computer engineering department. He was also a member of the implementation task force for the BU Hub, the first University-wide general education program, debuting this semester.

He is recognized for having developed one of the internet’s first content-based image retrieval systems, and one area of his current research is focused on explainable AI (artificial intelligence), which could determine, for example, how a deep neural network examines an image and decides, “Is this Bob or is it not? Is this cancer or is it not?” Sclaroff says. “The basic idea is to provide ways for humans to see what evidence was used by the network in producing an output.

“In any of these projects, there’s a team of people working on it, students and postdocs and collaborators—I want to be very clear about that,” he says. “People think that computer science is a person sitting in a room writing a program, but a lot of the work we do involves derivations and meetings and collaborations, within BU and outside of BU.”

Sclaroff’s “experience, energy, and extraordinary thoughtfulness make him an outstanding choice to lead CAS,” says Jean Morrison, University provost and chief academic officer. His “track record of academic leadership across disciplines, the respect he has earned among colleagues and students, and his long commitment to advancing scholarly excellence within CAS make him exceptionally well suited to oversee the college over the coming year.”

Morrison plans to meet with CAS faculty at the beginning of the semester and will then ask both the CAS Faculty Council and the University Faculty Council to select representatives to serve on a Dean’s Search Advisory Committee, with a goal of having a new dean in place for the start of the 2019–2020 academic year.

by Lizzy Maimone During the Annual ACM Symposium on Theory of Computing from...