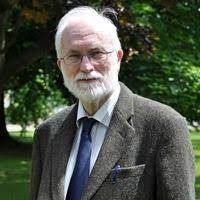 A great historian and pioneer of the study of world Christianity, Andrew Walls, has recently passed away. Walls spent his career as a teacher in Sierra Leone, Nigeria, and Scotland, where he established the Centre for the Study of Christianity in the Non-Western World at the University of Aberdeen (today the Centre for the Study of World Christianity at the University of Edinburgh). Prof. Walls was a dear friend and an intellectual inspiration to many scholars of mission and historians of Christianity. Many of these friends have written tributes to his legacy, which have been published in Christianity Today. You can read their words of thanks and appreciation, including a tribute from Dr. Dana Robert, here.