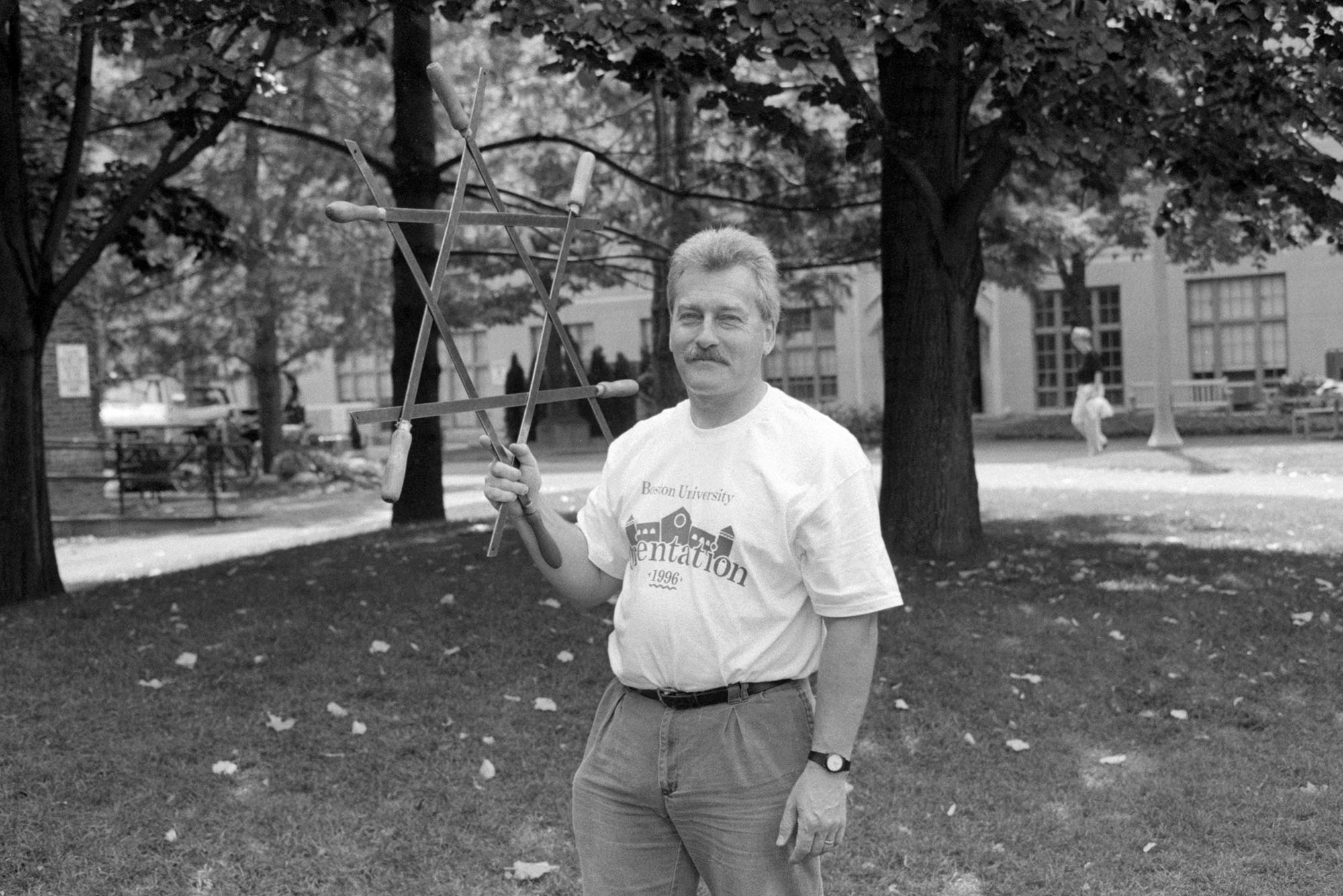 Anthony Barrand, a College of Arts & Sciences professor emeritus of anthropology and a singer, dancer, folklorist, historian, and scholar, died January 29, 2022. He was 76.

Barrand is known for his singing partnership with John Roberts, as a teacher and archivist of morris and clog dancing, and as front man in the quartet Nowell Sing We Clear.

He was born on April 3, 1945, in Gainsborough, England. Music was always part of his life: his grandparents were musicians, his mother loved Victorian music hall songs, and his father was in the Salvation Army band. At the University of Keele, where he received a BA, Barrand played rugby and sang in a rock band.

He earned a PhD at Cornell, where he met Roberts; it was the start of a lifelong friendship and musical collaboration. The two performed across the country, singing ballads, bawdy songs, sea shanties, and working songs. Over more than 50 years, they recorded albums with diverse themes, such as shanties in Across the Western Ocean or the poems of Rudyard Kipling.

After Cornell, Barrand and Roberts cotaught, with Tom Toleno, a program in psychology and arts at Marlboro College in Vermont. Barrand caught the morris dancing bug in the early 1970s and, not long after, founded the Marlboro Morris Ale with his first wife, Andra Herzbrun (Horton), and other devotees. In 1976, Barrand developed Nowell Sing We Clear, a group that performed an annual pageant of midwinter songs and carols, featuring various dance pieces and a Kentucky mummers’ play. (In 2003, Barrand was invited to deposit his collection of morris, sword, and clog dancing videos and film to the Archive of Folk Culture at the Library of Congress.)

In 1986, he married Margaret Dale, and they settled in Brattleboro, Vt. By then he had found an academic home in the University Professors Program at Boston University, where his classes included English Ritual Dance and Drama, Folk Songs as Social History, and Stalking the Wild Mind: The Psychology and Folklore of Extra-Sensory Perception and Psychic Phenomena.

President John Silber (Hon.’95) asked Barrand to perform at a meeting of the Board of Trustees­—“which Tony did, with his beautiful booming voice, ribald stage humor, and ever-ready twinkle in his eye. Tony got a standing ovation—and, a month or so later, tenure.”

Robert Hefner, a professor of anthropology in the College of Arts & Sciences and the Frederick S. Pardee School of Global Studies, says Barrand had been at BU for a year before he arrived in 1982. “He was hired into the University Professors Program, but the chair of anthropology at the time, the celebrated Mayanist Dennis Tedlock, was a huge fan of artistic performance and he thought Tony’s morris dancing and Irish-Welsh-Scottish folk singing might attract students to anthropology. Dennis was right. Tony already had an international recording career, and was well known even in those pre-internet/YouTube days.”

Despite that illustrious career, Hefner recalls, Barrand hadn’t published much and was denied tenure. “The president of BU at the time, the tough-minded John Silber (Hon.’95), had a side to him that many people at BU didn’t know: he appreciated unconventional genius. So, he asked Tony to perform at a meeting of the Board of Trustees—which Tony did, with his beautiful booming voice, ribald stage humor, and ever-ready twinkle in his eye,” Hefner says. “Tony got a standing ovation—and, a month or so later, tenure. It was a different BU…. Students flocked to Tony’s performance-
oriented courses, and from there into other anthropology courses.”

In Barrand’s later years, his mobility was limited by multiple sclerosis. But his voice and spirit remained strong, says Hefner. “Dennis Tedlock and John Silber were right: Tony was one of the most unique creative geniuses ever to come through anthropology.”