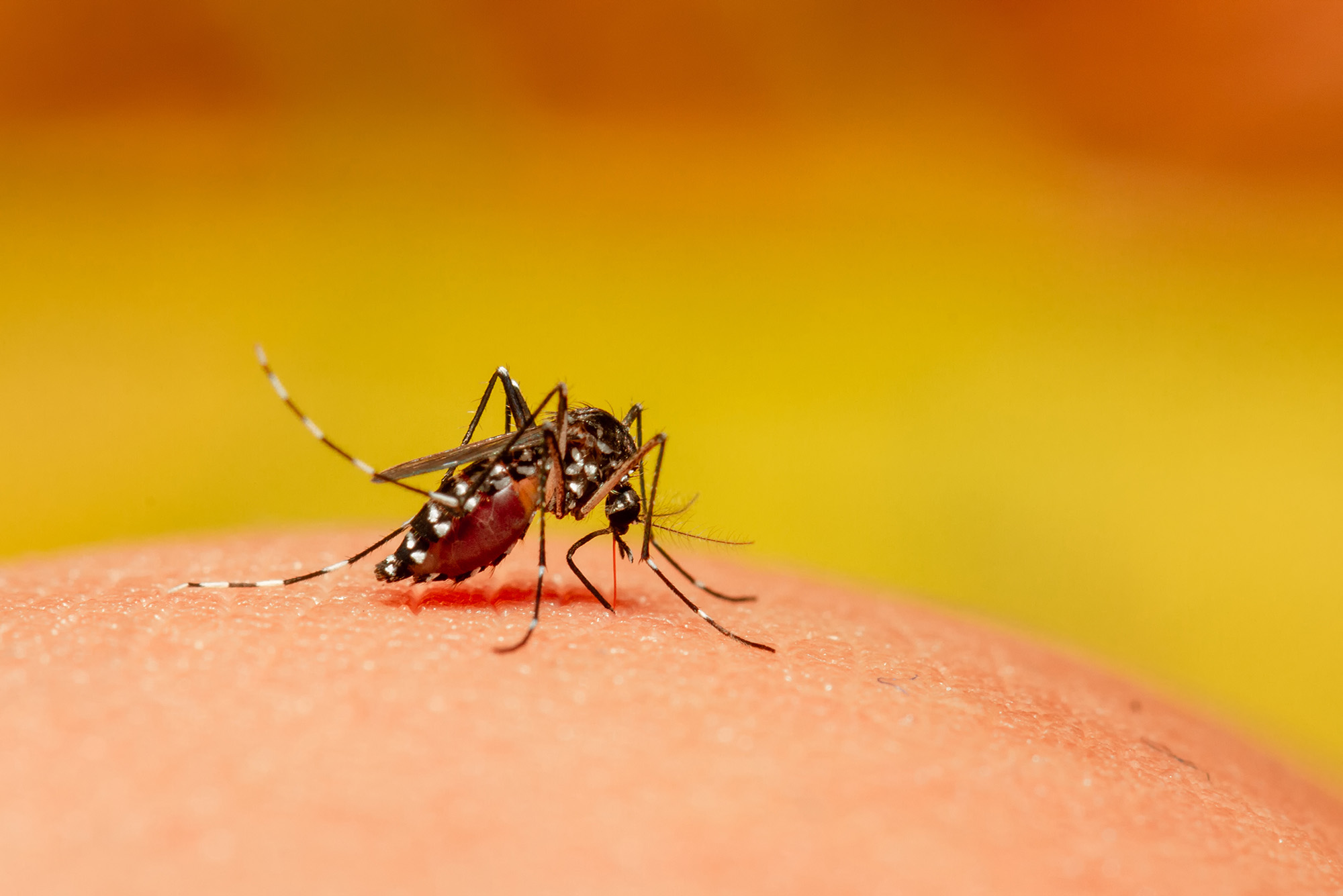 Aedes aegypti mosquitoes have started to expand their typical range as the climate warms, making the quest to intervene with the disease-spreading insects even more urgent. Photo by LoveSilhouette/iStock

Mosquitoes Have a Bizarre Sense of Smell, Study Finds

If you’ve ever sprayed yourself head to toe in bug repellent, yet still felt like a mosquito magnet, it will come as no shock to you that mosquitoes are very, very good at finding humans to bite. One key factor in this superpower is their keen sense of smell, or olfaction, which relies on the olfactory system.

“Mosquitoes are highly specialized,” says Meg Younger, a Boston University College of Arts & Sciences assistant professor of biology, who studies mosquito olfaction. These relentless, buzzing creatures are designed to find us, bite us, use proteins in our blood to reproduce—and repeat. Mosquitoes, as much as they feel like a seasonal nuisance in the Northeast United States, are deadly creatures that kill more people than any other animal in the world. Depending on where they live, certain types of mosquitoes transmit diseases like malaria, West Nile virus, Zika virus, dengue, eastern equine encephalitis, and others. And warmer, dry, and tropical climates battle mosquitoes all year long.

Younger is working to crack the code on how mosquitoes use their sense of smell to track us, in order to better understand how we can repel them more effectively. In a new paper published in Cell, Younger and her colleagues describe the unique and previously unknown way Aedes aegypti mosquitoes process smell at the biological level; their findings are a departure from the central theories that previously guided our understanding of insect olfaction.

Aedes aegypti mosquitoes normally inhabit warm, tropical climates, and have caused minor outbreaks of dengue in southern states like Florida and Texas. But in recent years, they’ve been spotted as far north as Connecticut, raising alarm bells about what to expect as global temperatures continue to warm.

“This is part of why this work is going to get more and more important,” says Younger, who began the study while completing postdoctoral research with Leslie B. Vosshall at The Rockefeller University, a biomedical research-focused institution in New York.

For humans, scents are registered in the brain by a flow of communication that begins in the nose, which is lined with special cells called olfactory sensory neurons. These neurons—which house sensory receptors, specialized molecules that are stimulated by odor particles—act as detectors of odor and as messengers to the brain.

“The central dogma in olfaction is that sensory neurons, for us in our nose, each express one type of olfactory receptor,” Younger says. This is the underlying organizational principle of olfaction: one receptor to one neuron. For example, the smell of a freshly baked apple pie is actually a chemical code created by different odor molecules. As the distinct smell wafts into our noses, it triggers sensory receptors that match the different odor molecules; corresponding neurons then communicate to a brain region called the olfactory bulb—or the antenna lobe in insects—where it maps the odor code.

According to the study findings, Aedes aegypti mosquitoes’ olfactory system is organized very differently, with multiple sensory receptors housed within one neuron, a process called gene coexpression. This uniquely specialized olfactory system could help explain why mosquitoes are so good at sniffing out humans to bite.

“This is shockingly weird,” says Younger, who initially thought her look into mosquito sensory neurons would prove it to be like every other olfactory system, like in flies and mice. The difference might seem technical, but it suggests that mosquitoes’ sense of smell is highly attuned to humans. “It’s not what we expected,” she says.

Past research has found that even eliminating entire receptors in mosquitoes that are used for decoding carbon dioxide—a major chemical cue that they use to hunt humans—does not interfere with them finding people. Younger’s latest study may indicate one reason why.

In her lab at BU, Younger is raising mosquitoes in incubators and using modern genetic tools to understand olfaction in ways that were not possible a decade ago. For this study, the researchers developed mosquitoes that would light up under the microscope when exposed to certain smells—they expressed fluorescent proteins that glow under the microscope, allowing the researchers to see chemical responses to odorants. They also used CRISPR (which stands for clustered regularly interspaced short palindromic repeats and is a genetic tool created to edit DNA in living organisms) technology to label different groups of sensory neurons, while preserving the function of the cell proteins.

All of the results point to an olfactory system that is unconventional in the way that it coexpresses sensory receptors within individual sensory neurons. This suggests redundancy in the code for human odor—and possibly a stronger sense of smell that draws mosquitoes to humans. The next step is figuring out what role coexpression plays in driving the behaviors of Aedes aegypti mosquitoes.

“A compelling idea is that it’s making them good at finding people,” Younger says. Her long-term goal is to intervene in mosquito biting by generating new, improved repellents, or attractants that are more appealing to mosquitoes than human blood. “As we learn about how odor is encoded in their olfactory system, we can create compounds that are more effective based on their biology,” she says.

Until then, Younger uses bug spray—brands with 15 to 25 percent DEET or picaridin tend to be rated most effective—to protect herself from mosquitoes outdoors. Eventually, with more and more research, she hopes there will be a better option.

This research received support from the National Institutes of Health.

Mosquitoes Have a Bizarre Sense of Smell, Study Finds

There are 3 comments on Mosquitoes Have a Bizarre Sense of Smell, Study Finds

Mosquitoes Have a Bizarre Sense of Smell, Study Finds
3
share this