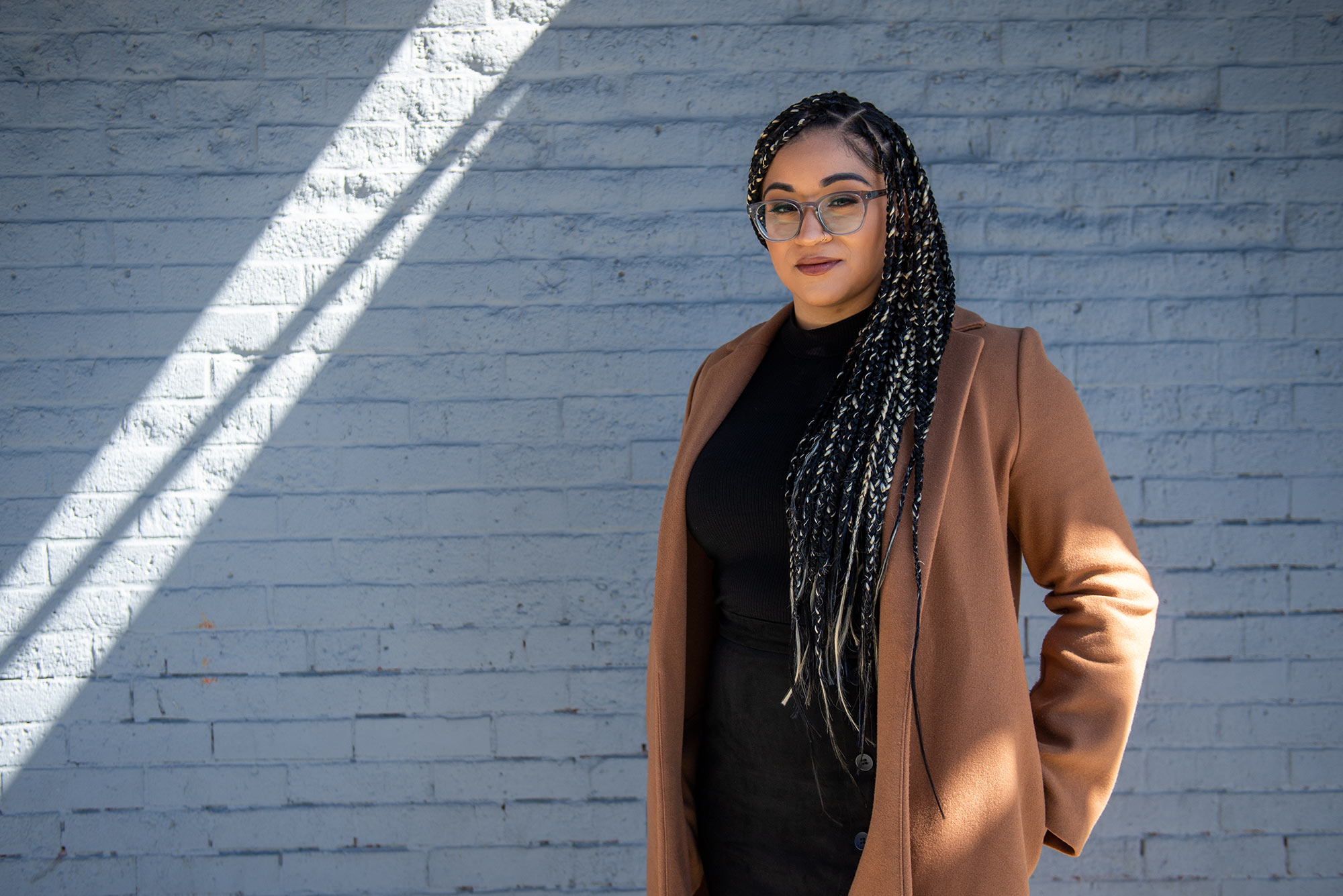 Cofounder of Love Your Magic

Ivanna Solano was born in the Dominican Republic and moved to Lynn, Mass., when she was seven. Growing up, when she was asked, “What are you?” she would reply, “Dominican.” But by the time she got to college, she started to think that one-word descriptor wasn’t enough.

“At the time, I began to feel too Black to be Latina, and too Latina to be Black,” says Solano (Wheelock’16), who attended American University and earned a master’s at Boston University. “It was not until I walked into a spoken word [poetry] show and heard Elizabeth Acevedo’s piece “Afro-Latina” that I learned that being Black and Latina is not mutually exclusive….It was such an awakening for me and if it had been at an earlier age, I think I would have been able to better deal with things.”

That experience is what pushed her to study education in college and pursue social justice causes. After earning a master’s degree from BU Wheelock College of Education & Human Development, with a focus on curriculum and teaching, Solano held various jobs, including teacher, peer advisor with the Obama Foundation, and manager of teacher leadership development at Teach for America.

Today, Solano, 28, is director of Boston programs at Girls, Inc., a national nonprofit that focuses on mentoring and building girls’ self-esteem through programs in physical and mental health, academic support, and STEM fields. Studies indicate that its mentees show improved academic performance, are more likely to play on sports teams, and are better at advocating for themselves. Solano is also cofounder of Love Your Magic, a Boston-area organization that works with young girls and emphasizes self-advocacy, love, and sisterhood.

Love Your Magic was formed in 2017. Solano and her friends wanted to have an impact on what they call the criminalization of Black and brown girls in schools. Today, the organization has worked with more than 200 students, ages 7 to 17, and offers programs, including an annual conference (shifted to a virtual format during the pandemic), a virtual book club, and workshops, “that prioritize Black and brown girls’ joy, and create spaces for young people to have a community,” Solano says. The organization’s Be Well program offers mental health resources and yoga and meditation lessons. Love Your Magic was recently lauded in a Boston Globe story about how COVID and racism have influenced how girls of color are mentored.

Bostonia talked with Solano about her experience at BU, what it was like growing up, and how she hopes to help girls achieve their goals.

Ivanna Solano: I was in school and teaching through Teach for America, and it was really great to be in the community with other educators. I think that that was probably the most powerful part about my experience, being able to share and to learn from other educators. For my mental health, it was really awesome to think, OK, I’m not the only one struggling with [being a first-time teacher].

Bostonia: Who opened doors for you?

Ivanna Solano: Oh, man, if I had to generally say who has opened doors for me, I would say Black women. More specifically, I would say it’s my cousin Jomaira Salas. She’s a year older, so she’s always kind of been a step ahead of me. We share similar interests, and in our families, we are the ones that are super aligned in the way we see the world. I guess from [our families’] perspective, we are very Americanized, and so we get a lot of pushback.

I think we find comfort in each other, and having her as an anchor in my life has been what has paved the way for me and made me feel like I can do anything. Whenever I am getting ready to make a decision, she is the one who opens those doors, be it with connections or be it with knowledge or guidance.

Bostonia: What are the more subtle forms of intolerance or racism you have faced in your life?

Ivanna Solano: One of the ones that sticks out to me is when people learn that I was not born in this country, and they’ll say things like, “Oh, wow, but you speak English so well.” Or when they hear me speak Spanish, they will say, “You don’t sound like you’re Dominican,” like my Spanish is way too proper for it to be Dominican Spanish.

I think there are a lot of assumptions about my upbringing and my parents’ involvement in my life. I always get frustrated when I hear after-school programs take credit for young people’s accomplishments, and almost completely disregard what parents poured into their children, which is [how] they are where they are. I feel like I experienced a lot of things like that, where I have to clarify things.

Bostonia: How did the idea for Love Your Magic come about?

Bostonia: Have you ever felt as if a door or an opportunity hasn’t been available or open to you because of your skin color?

Ivanna Solano: I am sure that that has been the case. I don’t know that I have ever walked into something and walked out of it and thought I didn’t get it because of this, but I also think it’s because everything that I pursue is rooted in social justice. If you discriminate against me, it’s kind of like going against what you’re supposed to be standing for.

Bostonia: What can people do in their own workplaces to make them more inclusive, diverse, and welcoming?

Ivanna Solano: I think a lot of it is having a level of self-awareness. It really starts with yourself and being able to set your ego aside, which I think is something that we all need to do a better job of, myself included. Something I have been working on most recently is accepting or understanding that we all cause harm in one way or another. Being able to take that accountability and learn from it has been super important and is how you really grow.

And then being able to unlearn much of what society has taught us is probably one of the most important things that we can do to create environments that are more welcoming.

Bostonia: You work in the area of diversity and inclusion, both with people of color and women in general. Why is doing this kind of work important to you, and why do you like it?

Ivanna Solano: Well, the work for me is definitely personal because I am a Black woman…. We have been socialized to treat our Black and brown girls as though they’re disposable, that they’re less than, and so I think it’s our responsibility to undo that. We need to uplift our girls, empower them, and then, as a community, pour into them the love, the acknowledgment, and everything they deserve. Our Black girls deserve the world, and we’re failing them right now.

Our girls become mothers, become healers, become doctors and lawyers. They are really our future, and so if they’re not well, we as a society won’t be well either.

There is 1 comment on Opening Doors: Ivanna Solano (Wheelock’16)