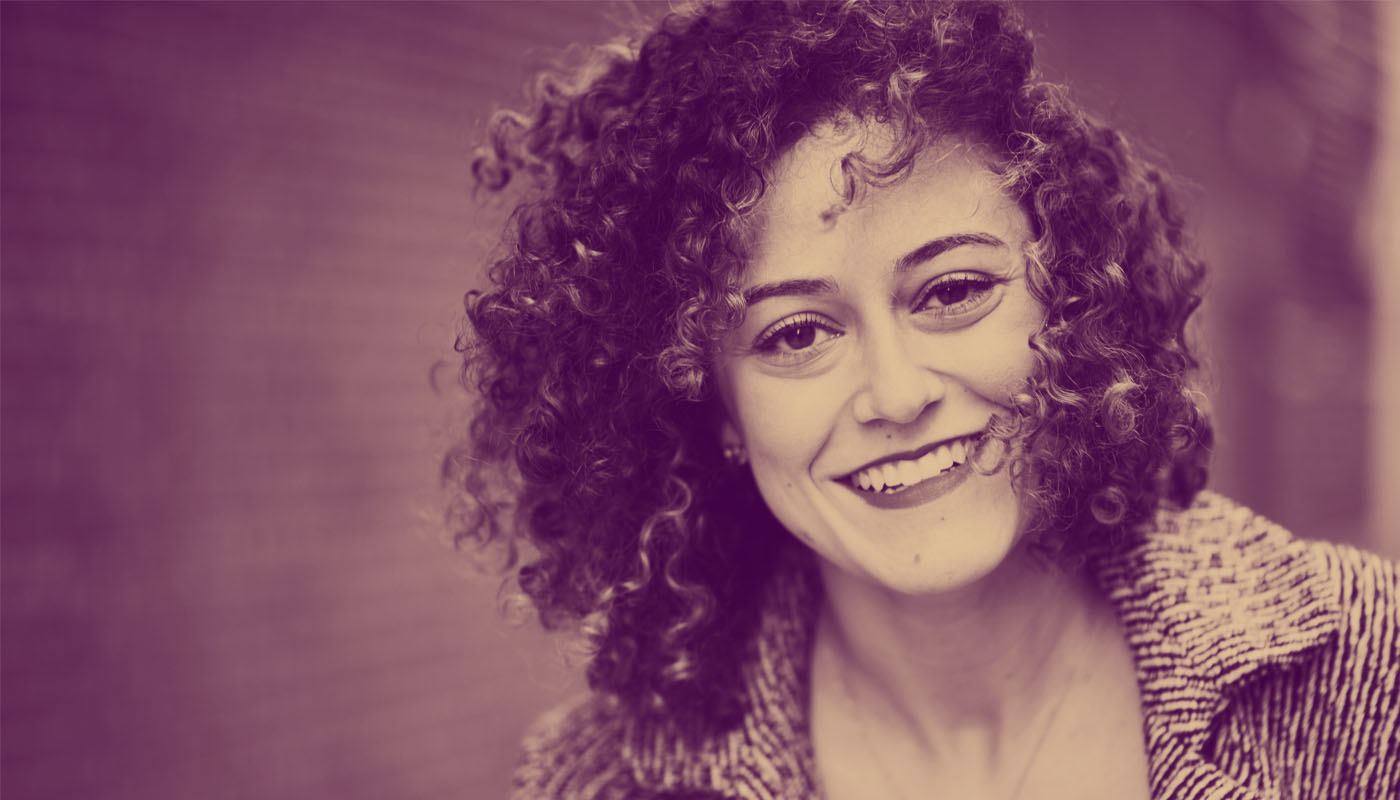 Danielle Letayf (Questrom’13) on how COVID forced her to get creative with her start-up, Badassery

In our series “My Big Idea,” we bring you interviews with BU alums and other members of the University community who have launched a business, built a new product, or solved problems big and small. We ask them how they got the idea, what were their biggest stumbling blocks, and what’s next for their big idea.

As a child of Lebanese-immigrant parents growing up in New Hampshire—where the population is 93 percent white—Danielle Letayf always sought out diversity. Years later, as a marketing assistant and frequent conference-goer in New York City, she noticed the speakers on stage often had similar backgrounds and worldviews.

When Letayf (Questrom’13) asked event organizers why they didn’t make an effort to hire fresh faces, they told her they didn’t know where to find them. She wasn’t happy with the answer, so she set out to do something about it.

In November 2018 Letayf started Badassery, a public speaking marketplace for diverse voices—“the people from underrepresented communities who might be overlooked,” she writes in an introduction on her website. “The professionals with interesting stories, nuanced backgrounds, and roots in countries that some of us have never visited… A world created for badasses, by badasses.” Through the platform, organizers can browse speakers with titles like NBA manager of basketball strategy and diversity, equity, and inclusion manager at Verizon Media, and book them through the website.

Letayf’s goal is to make Badassery “a destination to find speakers, and a way to make event organizers’ lives super easy,” she says. “And I want it to be a way for up-and-coming thought leaders to have a voice.” When the pandemic made cross-country travel and packed ballrooms a no-go, Letayf was forced to think of a way to keep her business afloat. She began a mentoring community within Badassery, hosting virtual networking and workshop events (supported by a membership model), and she says the business is doing better than ever. It has close to 150 members across the country, and 74 percent of them come from underrepresented communities.

Prior to her role as founder and CEO of Badassery, Letayf was the community lead at Shine, a mental health app, and worked as the head of programs and community for Built by Girls, a social impact brand encouraging teen girls to become tech leaders.

Letayf, who graduated from BU with a degree in marketing and business administration, recently talked with Bostonia about her business.

Bostonia: What were the lessons you learned at some of your prior gigs that helped you as you started Badassery?

Letayf: There were a lot of lessons. For example, Built by Girls exploded over time, but in the beginning, you kind of had no idea what you’re doing. We had to make sure that the community was involved early on; it’s the way that I run my business now. I often ask my speakers for their opinions, because getting that feedback early is super helpful. Also, mentorship is so, so important—having those people who will help you grow and just calm me down in those tough moments.

From a business perspective, I was really fortunate at Built by Girls to work for a lawyer (she was the founder, and I was on the founding team). She really drilled into me understanding what you’re doing legally, in advance. Pay attention to contracts, because doing that could save you money down the line. The last thing I learned is to test quickly, fail quickly, and then relaunch quickly.

Bostonia: What are some of the hurdles you’ve faced getting Badassery off the ground?

Letayf: I have had a million. I’m the sole founder of Badassery. Not having the right capital in the beginning was really difficult. I was fortunate to be able to pull from my savings after working at some of the larger tech companies. This is not a path that a lot of people take. You have to get very creative with how you use the little money that you have coming in, in terms of contractors or outsourcing little pieces of work.

Generally, I’m not a technical person. I think every founder goes through it, where they’re doing something new for the first time every single day, and trying to understand how to navigate it.

I think that’s where the advisors and the mentors and my own community members have come into play. Asking for help is very difficult. I think I’m very stubborn. And I think that’s one of the reasons why my business has worked, because I’ve pushed and pushed, but I’ve also come to terms with the fact that it’s okay to ask for help and to admit that you have no idea what’s going on.

Bostonia: How did the pandemic affect Badassery?

Letayf: COVID was kind of a little kick in the butt. My business is based on events. I launched it and then basically the pandemic hit. Obviously, nobody was running events. Nobody was going to book speakers. And so fairly quickly, I had to think about how to keep this business alive. I had to fully change my business to keep it afloat.

The speaker marketplace is not what it was over COVID. I changed [the focus] to a membership community, where I essentially took my speakers, created different events and workshops and networking opportunities for them, and charged a monthly membership fee. So I would say that was probably one of the hardest things. But the silver lining is that the business has had the most successful year it’s ever had.

Bostonia: How big is your team?

Letayf: Just me. I also have the help of contractors, the speakers in the community, and hopefully, by the time this is published, I’ll have a community manager.

Bostonia: What’s next for the business?

Letayf: We’re still in beta. So we only have 60 speakers, but we’ve had thousands of dollars in bookings. I’m ready to grow our speaker community so I can amplify as many voices as I can. We’re going to think about what’s next in terms of speaker growth and speaker community development.

We will also launch the subscription model for our booking partners since most people repeat book.

Bostonia: What’s your advice for someone who wants to launch their own business?

Letayf: Ask for help. And figure out a goal. I think that’s been my guiding light, as somebody who doesn’t know what they’re doing 90 percent of the time. Keep a level head and just think that you can figure it out, and just realize that it might just take a different path.

My Big Idea: Suits with Pockets, and Now, a New Networking Community for Women