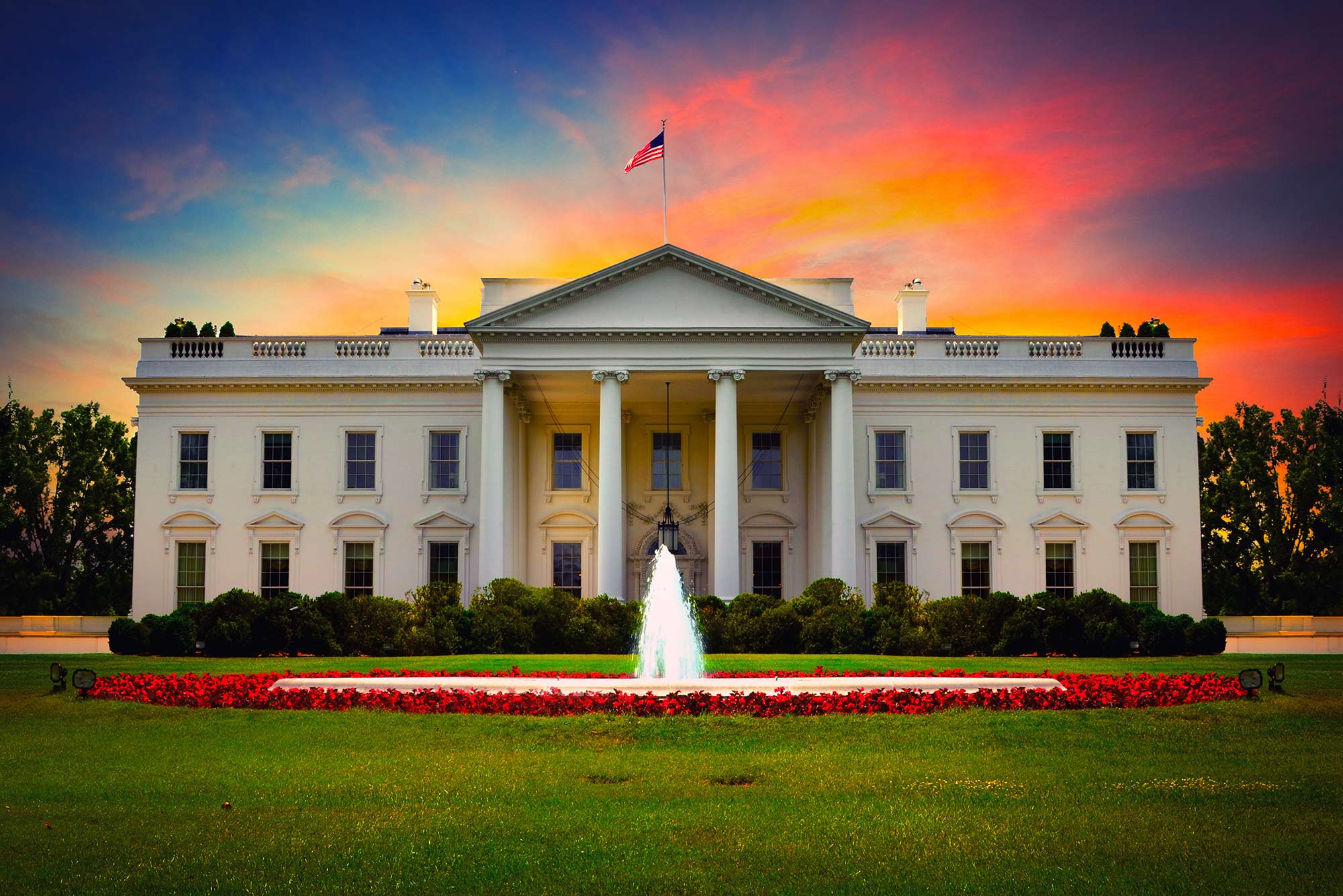 As President Biden’s administration assembles its growing team of directors, cabinet officials, and leaders of various offices and agencies, several BU alums either moved to Washington or extended their stay in the area. Jennifer Grodsky, BU vice president for federal relations, says she is not surprised: there has long been a strong group of BU alumni from across the political spectrum in public service in Washington. “It’s easy to see why the new administration moved quickly to snap up this group of Terriers,” she says. “They all have considerable expertise to share.”

Wendy Sherman (CAS’71) is deputy secretary of the US Department of State, the second highest office in the department. Sherman, who was confirmed by the US Senate in April, brings her experience as under secretary of state for political affairs in the Obama administration, where she was the lead negotiator of the Iran nuclear agreement that was signed in 2015. She is the first woman to be the deputy secretary of state. Sherman, who has a degree in sociology and began her career as a social worker, is the mother of Sarah Sherman-Stokes, a BU School of Law clinical associate professor and associate director of LAW’s Immigrants’ Rights and Human Trafficking Program.

Gina Ortiz Jones (CAS’03, GRS’03) is under secretary of the Air Force. The US Senate voted unanimously to confirm Jones, “clearing the way for the former Air Force intelligence officer to become the department’s second highest-ranking civilian leader,” according to the department. Jones was commissioned through the Air Force ROTC program at BU. She served as an Air Force intelligence officer in Iraq and elsewhere, and in a variety of other intelligence positions—a member of the LGBTQ community, she served under “Don’t Ask, Don’t Tell”—before joining the Office of the US Trade Representative. In 2018 and 2020, she was Democratic nominee for the Texas 23rd Congressional District.

Jeffrey Prescott (CAS’93) has been appointed US deputy to the ambassador to the United Nations. In that role, he will manage the office of Linda Thomas-Greenfield, the US ambassador to the United Nations. Prescott served on the Obama administration’s National Security Council as a special assistant to the president and senior director for Iran, Iraq, Syria and the Persian Gulf, and as deputy national security advisor to Vice President Biden. He also worked as a staff attorney for the Lawyers Committee on Human Rights, and most recently was the executive director of National Security Action and a senior fellow at the Penn Biden Center for Diplomacy and Global Engagement.

Annie Tomasini (CAS’02), a longtime aide to the Biden family, is director of Oval Office operations at the White House. Tomasini, who was cocaptain of the BU women’s basketball team, was Biden’s traveling chief of staff during his recent campaign, and previously served the Biden family in several positions, including as deputy press secretary for Vice President Biden and press secretary for Biden when he was chair of the Senate Committee on Foreign Relations. Her greatest skill, Senator Lindsey Graham (R-S.C.) once said jokingly, is her ability to “gently persuade the vice president it was time to end the meeting.”

Terri Tanielian (CAS’90), an expert in veteran policy and mental health policy, was appointed special assistant to the president for veterans affairs. Most recently, she was a senior behavioral scientist at the RAND Corporation, where she led several studies on the needs of military service members, veterans, their families, and their caregivers. In 2019, she was a RAND Congressional Fellow with the House Committee on Veterans Affairs. She also has served on several national advisory committees related to improving mental health responses to disasters, terrorist incidents, and public health emergencies.

Kei Koizumi (UNI’91), an assistant director for federal research and development at the White House Office of Science and Technology Policy during the Obama administration, has been named that office’s chief of staff. He also served as a senior advisor to the National Science and Technology Council and worked at the American Association for the Advancement of Science. Koizumi, who won a gold medal in the 40 to 44 age group for the 110-meter hurdles at the 2010 Gay Games in Cologne, Germany, worked within the White House to advocate for the LGBT community in both the federal government and in science.

Gina Lee (CGS’08, COM’10) is now director of scheduling for First Lady Jill Biden. Lee, who served most recently as deputy director of Jill Biden’s inauguration committee office, has been a senior policy associate at the Biden Foundation and worked in the White House Office of Legislative Affairs from 2014 to 2016.

Justin Maxson (GRS’96) has been named deputy under secretary for rural development at the US Department of Agriculture (USDA). Maxson, who earned a master’s degree in anthropology and development, served for 6 years as CEO of the Mary Reynolds Babcock Foundation, which works to relieve poverty and advance economic justice in southern states, and 13 years as the president of the Mountain Association for Community Economic Development.

Heather Slavkin Corzo (LAW’05) was appointed policy director at the Securities and Exchange Commission (SEC). She will lead a team of policy experts who will advise chair Gary Gensler on SEC rulemakings. Previously, Corzo was director of capital markets policy at the AFL-CIO. She also worked at the Principles for Responsible Investment and the Americans for Financial Reform.

Ramin Taheri (LAW’05) is chief of staff in the US Department of Education’s office for civil rights, where he was a senior attorney from 2010 to 2014. He recently led the Washington, D.C., chapter of Democrats for Education Reform and was previously general counsel and director of advocacy at Chiefs for Change, a nonprofit education advocacy organization.

JoAnn Chase (COM’85), who was born and raised on the Fort Berthold Indian Reservation in North Dakota and is a citizen of the Mandan, Hidatsa, and Arikara Indian Nation, is now director of the American Indian Environmental Office, Office of International and Tribal Affairs at the Environmental Protection Agency. Chase served previously as senior advisor to the administrator of the EPA for Native American affairs, executive director of the National Congress of American Indians, and director of the National Network of Grantmakers. Chase, who earned her degree in film theory and criticism, helped launch SisterSMATR.org (Science, Math, Art, Technology, Robotics), which leverages art and community to provide opportunity for young women of color and help close the gender gap in science and technology.

Nick Lee (CAS’01) is deputy assistant secretary in the Department of Education’s Office of Planning, Evaluation, and Policy Development. Lee most recently was a senior program officer at the Bill & Melinda Gates Foundation. He also served in civil service roles at the Department of Education and the Office of Management and Budget during the Bush-Cheney and Obama-Biden administrations, focusing on federal student aid programs.

Fernando Ortiz (CAS’17, Questrom’24) became special assistant to Secretary of Labor Martin Walsh when Walsh was confirmed by the US Senate. Ortiz had been the mayor’s city council liaison. He previously was director of finance for former Boston City Councilor Josh Zakim’s campaign for secretary of state.

Sara Garcia (CAS’12) is a special assistant in the US Department of Education Office of Planning, Evaluation and Policy Development. Garcia, who studied psychology at BU, worked most recently at the Bill & Melinda Gates Foundation, where she was a program officer for the North America program’s Development Policy and Finance team. She has also worked as a senior research and advocacy manager for the postsecondary education team at the Center for American Progress (CAP) and as a higher education fellow for Senator Patty Murray (D-Wash.) on the Health, Education, Labor, and Pensions Committee through the Congressional Hispanic Caucus Institute fellowship program.

Carly Lindgren (Pardee’15) has joined the policy planning staff in the US Department of State. Lindgren served in the Obama administration as staff assistant and policy advisor for the Office of Intergovernmental Affairs. She previously worked as a legislative assistant in the Massachusetts House of Representatives and as an intelligence analyst in the Crime Strategies Unit of the Manhattan District Attorney’s Office.

Becca Young (CAS’16) is Secretary of Labor Martin Walsh’s scheduler. She had been director of the Mayor’s Office of Scheduling and Advance at Boston City Hall.

Meet 16 BU Alums in the Biden Administration
7
share this