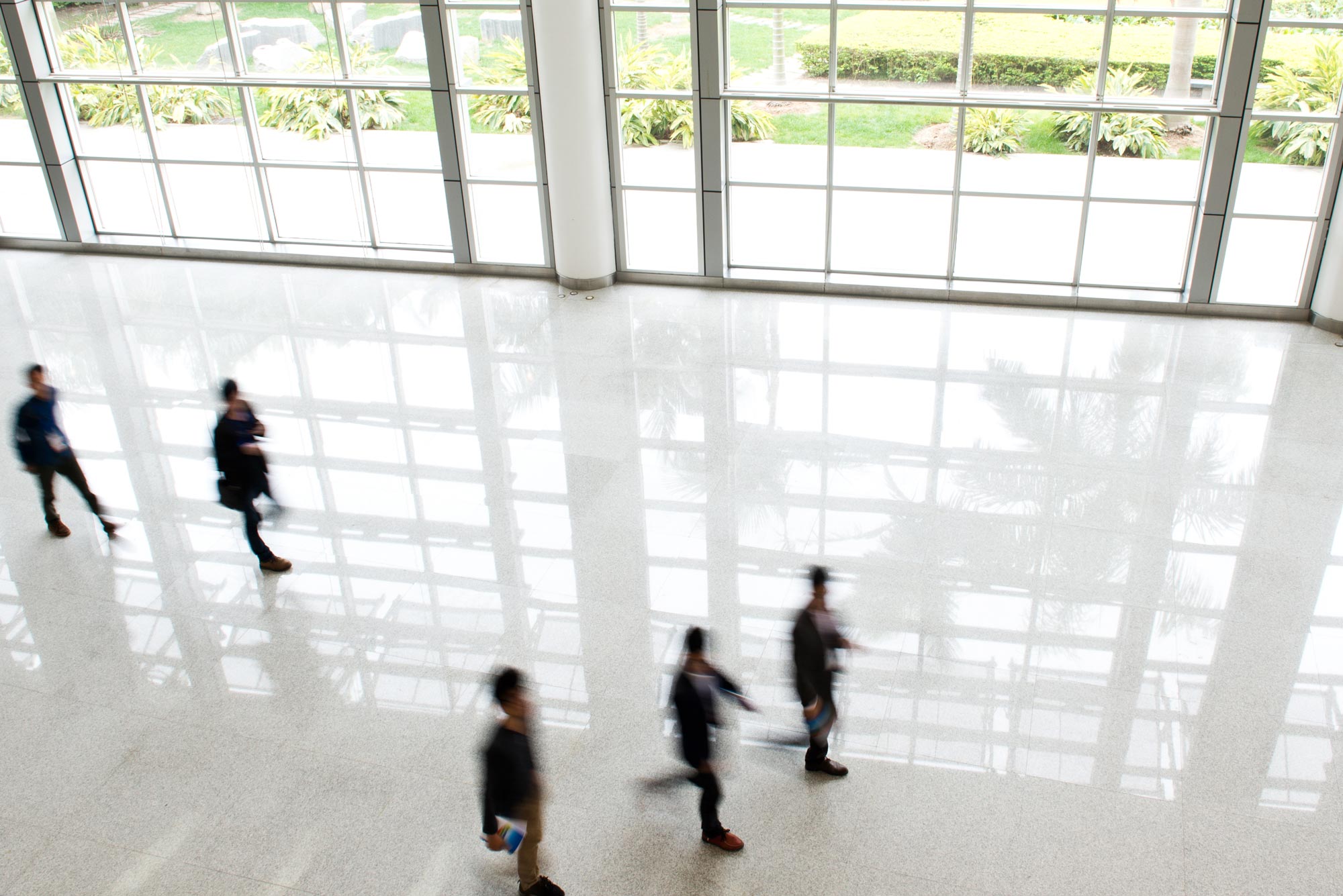 In a post-COVID world, adoption of smart building technology is expected to increase even more, as safety amenities and HVAC efficiencies top the list of concerns for tenants and their employees planning to reenter their office spaces in 2021. Photo by hxdbzxy/iStock

As Office Work Returns, This Smart HVAC System Could Save Energy, Money, and Even Lives

BU engineers have developed a system using thermal sensors and cameras to monitor occupancy in commercial buildings and automate cooling, heating, and ventilation

Smart building technology has been a growing trend in the commercial real estate sector for automating processes, reducing costs, boosting energy efficiency, and improving the comfort of business tenants and their employees. In a post-COVID world, its adoption is expected to increase even more, as safety amenities and HVAC efficiencies top the list of concerns for tenants and their employees planning to reenter their office spaces in 2021.

“The system has demonstrated excellent performance during initial testing in university buildings,” says Janusz Konrad, BU College of Engineering professor of electrical and computer engineering, who led the research team that designed COSSY.

The team, based within BU’s Center for Information & Systems Engineering, was funded by a $1 million Advanced Research Projects Agency-Energy (ARPA-E) grant. “As we prepare to take the system for [real-world testing] this summer, we feel the timing for this technology could not be better as businesses return to their indoor workspaces,” says Konrad, an expert in image and video processing and visual sensor networks.

COSSY uses door and ceiling sensors, as well as occupancy estimation algorithms, to monitor different room shapes and sizes for the number of people using them. As an occupant enters or exits a room, thermal door sensors detect body heat. The sensors capture a coarse heat silhouette of the human body without disclosing an occupant’s identity, an attractive option for businesses with privacy concerns.

For larger spaces, ceiling-mounted fish-eye cameras with a wide field of view can monitor broad floor plans for the presence of people. “If you used normal cameras, you would need four to five cameras to look at a whole space that a single fish-eye camera can handle by itself,” Konrad says.

A combination of door sensors and ceiling cameras can be designed to work together to seamlessly count occupants spread throughout extra-large or oddly shaped rooms. Thermal door sensors alone would be used in bathrooms or changing rooms to protect privacy.

Those calculations then determine real-time ventilation and airflow, ensuring high air quality and improving occupants’ comfort, while reducing HVAC energy costs by 25 percent or more. The modular design dramatically minimizes installation and wiring requirements, the designers say, making it a low-cost solution that will likely recoup the initial costs in just over a year (to install, COSSY costs as little as $0.08 per square foot).

In addition to decreasing energy expenses, COSSY’s occupancy estimation algorithms provide data on the usage of office spaces, giving building managers insights into how well their real estate is utilized.

COSSY’s precise people-counting algorithms could also prove invaluable for emergency response situations to ensure everyone in the building is accounted for. Beyond saving energy and money, the designers say, COSSY could also help save lives in fire or active shooter situations.

“By late spring [of 2021], we expect COSSY will be a real-time running system. You will be able to turn it on and it will produce numbers of people in a room,” says Konrad. “We see this as a viable solution to help building owners as they prepare for the post COVID-19 workplace and are eager to make this technology available to the public.”

This story was adapted for The Brink from an article originally published by BU CISE.

As Office Work Returns, This Smart HVAC System Could Save Energy, Money, and Even Lives

There is 1 comment on As Office Work Returns, This Smart HVAC System Could Save Energy, Money, and Even Lives

As Office Work Returns, This Smart HVAC System Could Save Energy, Money, and Even Lives
1
share this