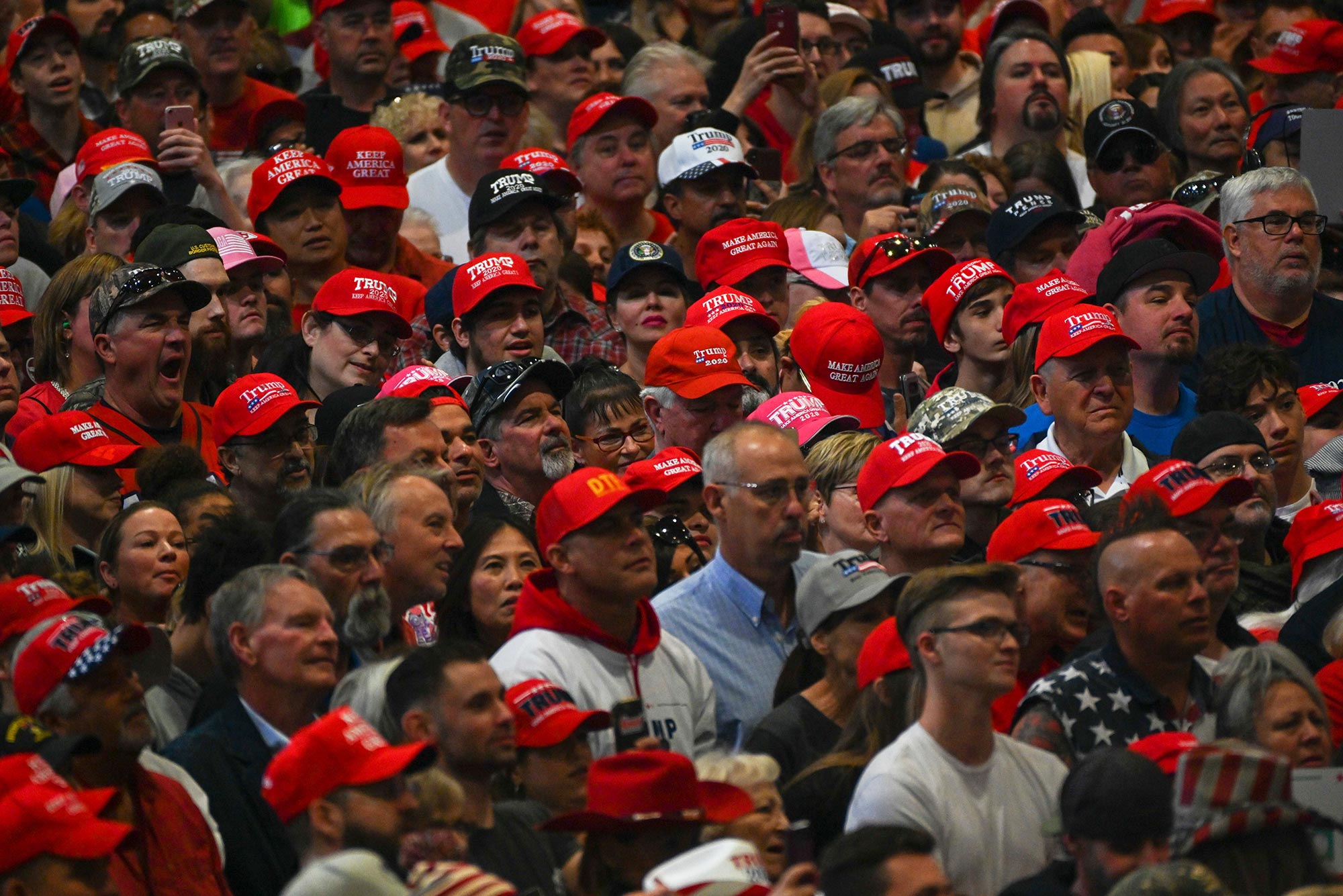 Some analysts say that supporters of President Trump sloganeer with Make America Great Again out of a sense of their ebbing privilege. Photo by Dylan Stewart/AP Photo

Nonwhite Americans will outnumber whites in a generation, the chart on the classroom screen shows. Did their demographic shrinkage unnerve enough Caucasians to spawn what’s been called a “whitelash” that carried Donald Trump to the White House in 2016?

That’s the question before students today in the College of General Studies course Identity Politics in the United States. “A lot of people did not expect Donald Trump to win. I’m not convinced Donald Trump expected Donald Trump to win,” Christopher Rhodes, a CGS social sciences lecturer, tells the 13 students, themselves a multiracial mix of men and women. The president’s Make America Great Again slogan, Rhodes continues, is held by some analysts to be code to whites that “their interests needed representation, that their interests were no longer the default.”

Whites undeniably benefit from their skin color, says one white student, recalling how his mother once told him that unlike parents of nonwhites, “I didn’t have to worry about you being pulled over and killed by the police.” Yet another student says the whitelash prevails mainly among a specific slice of whites: Trump’s base of white males who, to this student, anyway, seem especially “Southern and kind of [economically] lower-class.”

Whether the politics of identity are good (an effort to redress historic wrongs against the marginalized, as proponents claim) or bad (balkanizing us so that we can’t empathize with one another, as critics allege), the class takeaway is that identity is to US politics as gravity is to nature: ingrained and indisputable

“Identity politics has been around as long as America’s been around,” Rhodes says in an interview. “Slavery and the debates over that are the most extreme form of identity politics: political debate and campaigning over the most basic issue of who gets to be recognized, not just as a citizen, but as a person.”

That debate continued playing out when Native Americans lost rights as citizens, when Chinese immigrants were barred from the nation for six decades by the 1882 Chinese Exclusion Act, and when any number of immigrant groups—Irish, Italians, Jews—were not considered white by WASPS, says Rhodes, who lectures on the “redefinition of whiteness” as part of the class.

And of course, he adds, there is the historical deprivation of rights based on gender and sexual orientation.

So was Martin Luther King, Jr. (GRS’55, Hon.’59), BU’s most famous alum, naïve about this history, when he famously longed for the day when Americans would be judged, not by the color of their skin, but by their character? No, says Rhodes, noting that that line is from the better-remembered second half of the 1963 March on Washington speech. In the first half, King, feet firmly planted on the ground, spoke of the “promissory note” of freedoms that white America had defaulted on vis-à-vis black people.

He says that King spoke of inequalities and violence against black Americans that had been happening for centuries and that linger today. “I think we, collectively, have kind of lost some of that sense,” Rhodes says.

His class surfs the current wave of academic discussion about identity politics, especially among whites, captured in the titles of new books: White Identity Politics, Dying of Whiteness, and White Shift: Populism, Immigration, and the Future of White Majorities. Is Trump’s version of this kind of politics the future or a temporary dam that will be washed away by America’s historic arc of ever-greater inclusiveness?

Either way, studying “how identity shapes the way we think and where we feel the most comfortable is so important,” says Alikah Marshall (Questrom’22), who knew nothing about the topic before signing up for the class.

She was moved by one class assignment—an article about a black man who proudly flew the US flag on his lawn despite his family’s slave history, because he believed blacks fought to hold the country to its founding ideals.

“As a half-black, half-Korean woman, it really struck a chord,” Marshall says. “Some identities we have because we’re born into them, but it’s up to us individually to decide how we view ourselves within that identity.”

There are 3 comments on If Identity Politics Elected Trump in 2016, What Will Happen in 2020?