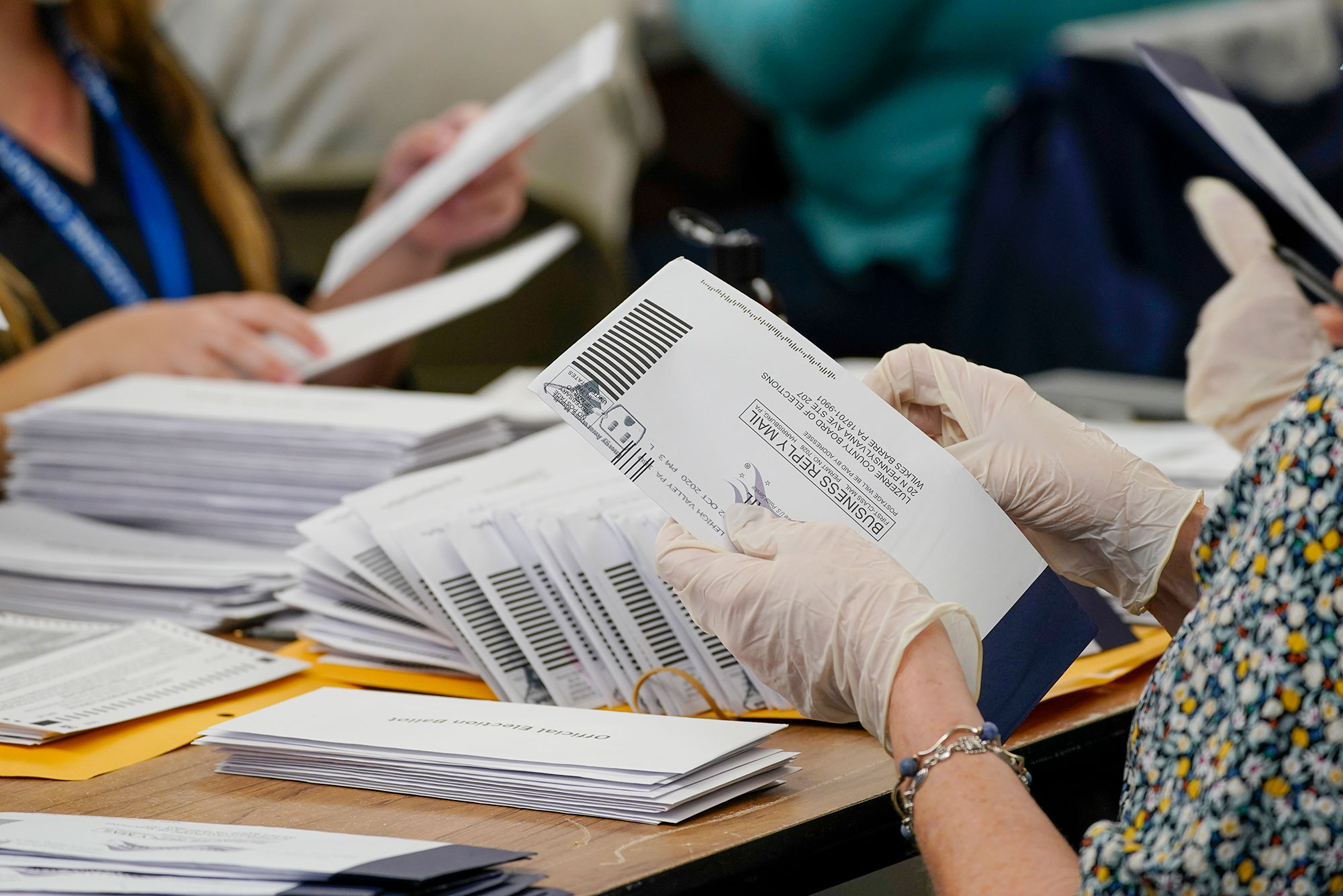 Think the presidential election is over once all the votes are counted? Think again. Photo by AP/Mary Altaffer

What happens after the vote counting is done, and one presidential candidate has accumulated at least 270 electoral votes? Is that it? Everybody just goes home? Who decides it’s all over and there is a clear winner? And what if it’s not so clear to the loser?

It turns out there are a lot of steps that still have to happen before someone gets sworn in on January 20 as president.

Massachusetts voters who read their ballots carefully know that technically they didn’t vote for President Donald Trump or former Vice President Joe Biden, but rather for “electors” for each man. Those are typically leaders of the party whose nominee won the popular vote in each state. Each state has a number of electors equal to the number of its members in the US Senate and House of Representatives. These electors actually determine the Electoral College vote; that vote, not the popular one, ultimately picks the president.

But each state allows days or weeks for formal certification of the vote tallies. And as the Boston Globe notes, “Some states require electors to vote for the candidate who won the state’s popular vote; other electors make pledges to their party to vote for its nominee.”

“It’s convoluted,” says Thomas Whalen. “It’s very vague.” The College of General Studies associate professor of social sciences says that historically, those convolutions have turned violent; in the 1876 election, settled in Congress amid Electoral College disputes and charges of corruption, the Republican winner, Rutherford Hayes, “had a bullet shot into his house.”

BU Today: Will anyone read over the vote counters’ shoulders for accuracy, and how long does that take?

Thomas Whalen: You have the local canvassing boards in the counties. They’re there to certify the vote, that it’s legit, provided there have been no legal challenges. The governor eventually is going to certify it and send it to the president of the Senate, [Vice President] Mike Pence, and the archivist for the Senate. Right now, it seems [ballot counters] have already been very careful.

The “safe harbor” deadline is: states are expected to certify their election results by December 8. If they don’t, then Congress has to intervene. December 14 is the next big day. That’s when the electors have to officially submit their votes for each state, based on the popular vote, except in Nebraska and Maine, because they have divided districts [allotting electoral votes proportionally].

BU Today: Will President Trump’s calls for recounts, and GOP lawsuits in various states, hold up certification? By how long?

Thomas Whalen: It depends on what the courts say. The courts will obviously expedite this. If you can’t come to an agreement on who won certain states—this happened in the election of 1876—a congressional panel has to figure a way out. Even when the result is read off in the Senate, [the losing candidate] can submit in writing their protest—this is bogus, it’s rigged, whatever. Then they have to adjourn and work it out in Congress.

If the House couldn’t come to an agreement on the president, then you go to the line of succession. And that would mean—pause—Nancy Pelosi would be president of the United States.

BU Today: Must electors honor the popular vote results in their home states?

Thomas Whalen: Outside of Maine and Nebraska, states require electors to base their decisions on the popular vote. But what you’re hearing from the Trump folks is they’re going to try to lobby individual electors.

BU Today: Your prediction: Will we swear in President Biden, assuming that holds, January 20?

Thomas Whalen: I think the odds are looking good, even with recounts. Recounts historically do not favor the challenger. [Chief Justice John] Roberts has this massive migraine right now. This is the last thing he wanted. He’s been worried about the politicization of the US Supreme Court, and Trump is trying to draw them in. It undermines the entire judiciary branch.