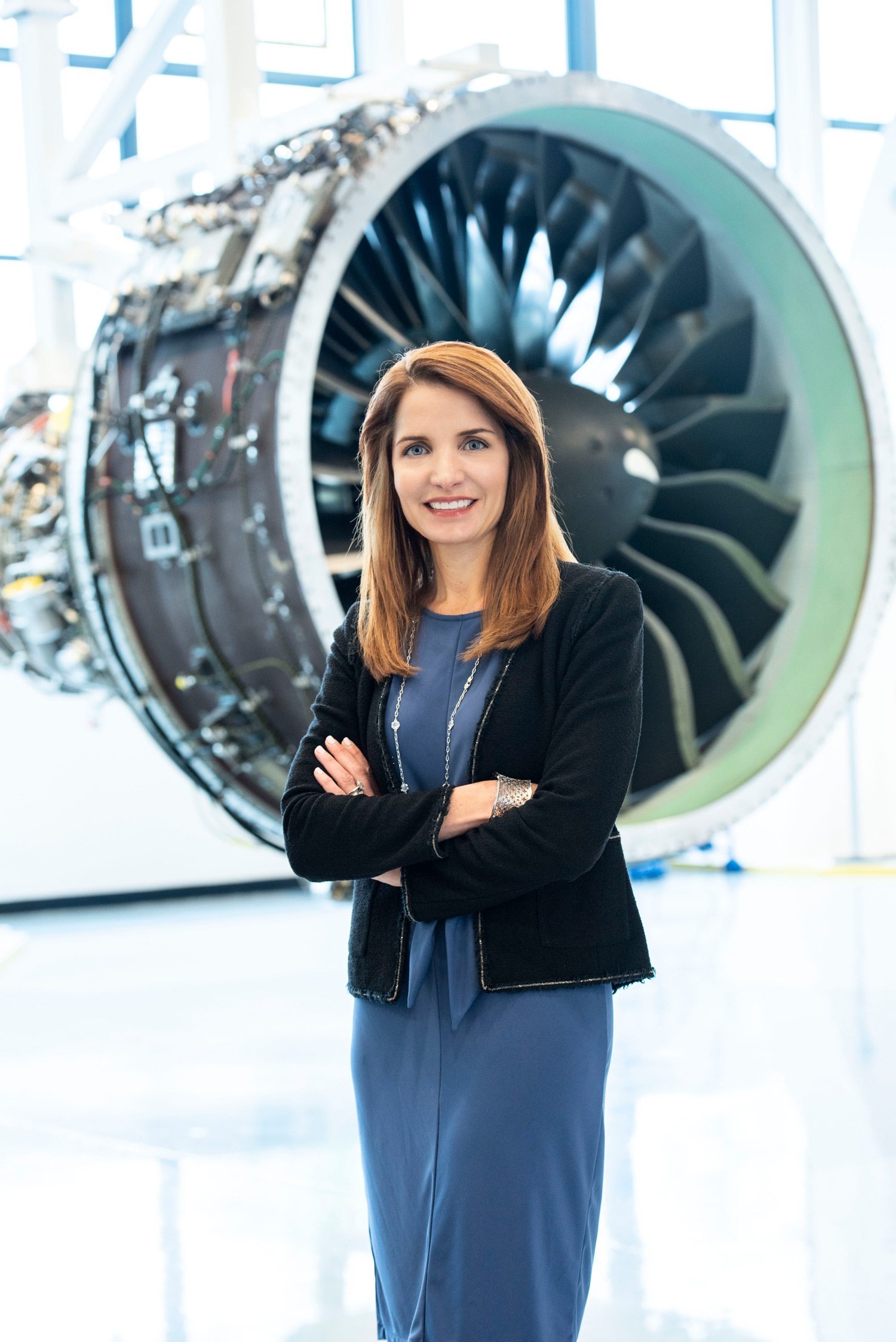 She remembers enjoying science and math, and at home, she’d do things like take apart the vacuum cleaner.

“You name it—if it was mechanical, I took it apart at some point,” she says. “But I always put it back together.”

Now, as vice president of Quality at Pratt & Whitney, a jet engine manufacturer, Albertelli is constantly reengineering practices and processes to improve their business. She not only wants to create a better product, but also wants to be part of the change that creates better ways of working—by bringing more gender diversity to engineering and advancing the perception of what it means to work in Quality.

When it comes to diversity, Albertelli sponsors Pratt & Whitney’s women’s council and is involved in increasing STEM education among young boys and girls.

It’s about creating a workforce that is cohesive in their goal, but heterogeneous in their backgrounds and skill sets, she says. And then it’s about constantly connecting those groups of people.

And she points out that an event like this isn’t just beneficial for women, but also for men because it helps inform them not only as managers but also direct reports and colleagues. “We also bring in a motivational speaker to talk about different aspects of being in an environment that’s typically more male dominated and managing our way through that,” she says.

With STEM, Albertelli is involved in several initiatives to increase educational opportunities for young school children. She invites middle and high school students to tour the company’s manufacturing facility and participate in a “job fair” where they can learn about the different types of jobs at the company. And Pratt & Whitney offers internships to students as early as high school.

To her, it’s not just about educating young boys and girls about opportunities in STEM that they could be interested in, but about enhancing innovation.

“It’s proven that when you have a more diverse workforce from all angles that the innovation level of the business is outstanding,” she says. “It’s not just about bringing more women into the picture, but creating a well-rounded group of workers from all backgrounds.”

She knows that this kind of training and exposure can be valuable from her own experience in the Pratt & Whitney manufacturing engineering development program that she completed after graduating from BU. The two-year program consists of up to three jobs in various departments at the company, and exposes new employees to different aspects of jet engine design, manufacturing, and repair.

“The program allows you to see and experience different jobs, including a supervisory role,” says Albertelli. “It was great because it was a bit of a jump-start as an early career engineer and it gave me the opportunity to really find what I loved doing.”

And although in her 28 years at Pratt & Whitney Albertelli hasn’t stayed in one department, she loves the company’s atmosphere, mission, and people. To her, it’s not about a career in a specific field, like jet engine design for example, but rather the type of work she gets to do.

“I love doing a lot of problem-solving,” she says. “I knew I didn’t want to be behind a computer 100 percent of my time, but I’d rather be out on shop floors, talking to engineers and working with people to understand their processes.”

At one point she took a job in sales, which seemed an odd fit for an engineer. But in a business like jet engines, sales teams need engineers.

“We needed technical people to be able to sell our product, and I was well positioned to do that,” she says. “Many of the different jobs I’ve had at Pratt & Whitney I was asked to step into, including my role now.”

“At some point I figured out that I liked the problem-solving aspect of my work,” she says. “I really liked the thought process. And the technical aspects I learned throughout engineering school can be generally applicable in many different situations.”

At the beginning of her time at BU, Albertelli focused on chemical engineering. But prior to her freshman year, she worked at BU in a lab. During her time there, Professor Ted de Winter stopped in the lab and introduced himself and convinced her to sit in on some of his classes. And that is what ended up drawing her into the manufacturing engineering curriculum.

It was the chance to innovate twice that intrigued her: once during the design process and again when she has to actually build the product.

In aerospace, Albertelli was excited by the exceptionally high level of technology and design that goes into the product. Now after being in the aviation industry for almost 30 years, she’s come to see jet engines as more than a very technical product.

“We design and manufacture jet engines, and there are only a handful of companies in the world that can do that,” she says. “What we do is critical from a safety standpoint, lives depend on us. But by working in aerospace I’ve also been able to travel the globe and see how aviation connects economies and helps them grow. We also connect families and support our military.”

With that pride for her industry, employer, and product, she’s using her background as an engineer and current position to change how people think about Quality. In almost any industry, she says, the Quality role is seen as a policing function, but she is determined to change that.

“A big part of my role has been communication to help all our employees understand that different things they do in their job every day can impact the quality of our product,” she says. “That includes a machinist on the shop floor, an engineer making a design, or a finance person deciding on a budget.”

Even in an executive leadership role, Albertelli wants to reconcile differences and bring solutions to not just technical problems but also indirect issues, like departmental reputations and company interconnectivity.

Like she says, “Give me a good challenge and I want to go solve it.”

This story was originally published in October 2019. Albertelli has since been named senior vice president, Transformation & Strategy at Pratt & Whitney.