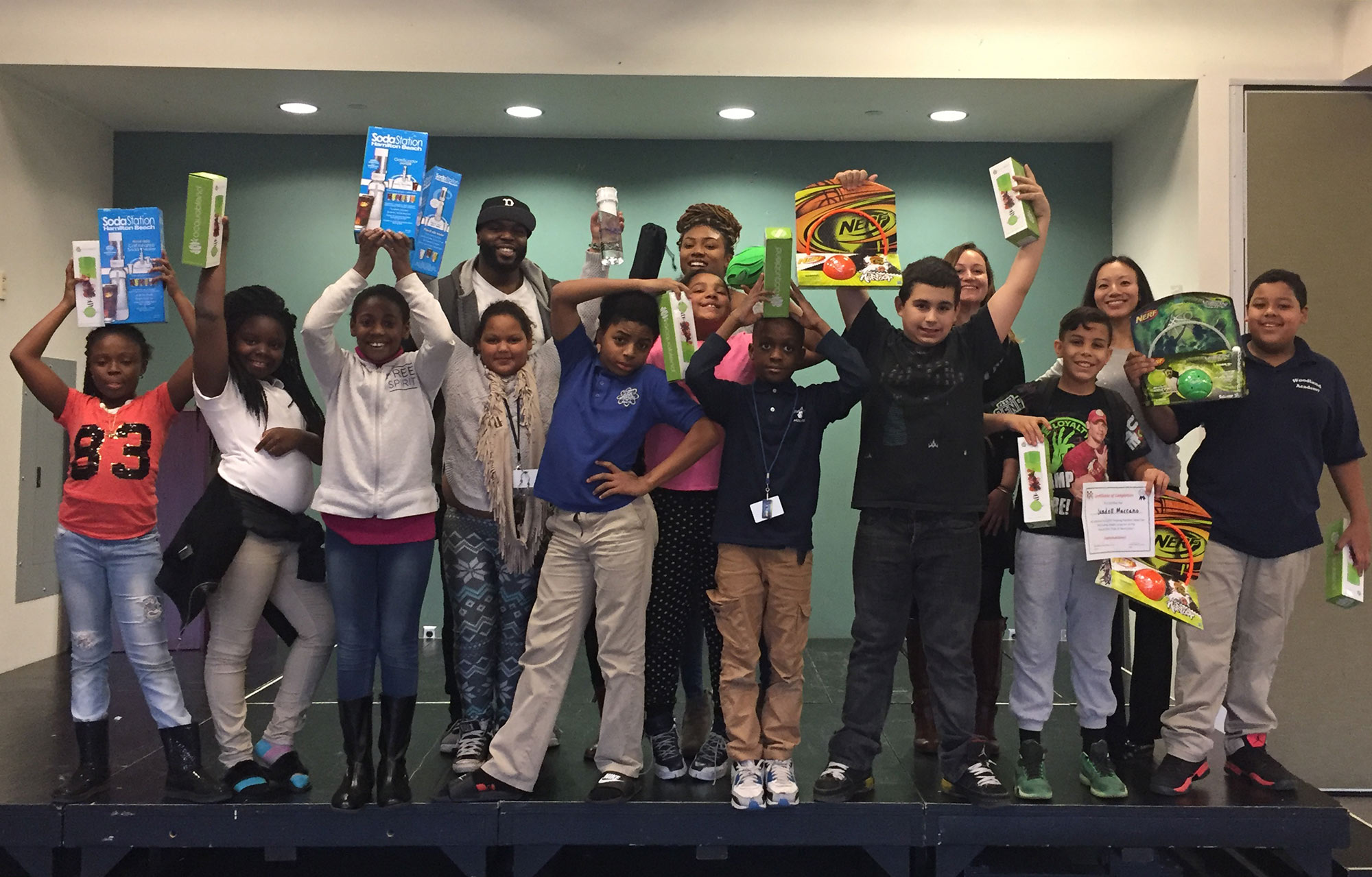 Boys & Girls Club of Worcester graduates of a pilot study, led by SPH’s Monica Wang, to reduce the consumption of sugary drinks and risk of obesity from the program. Photo by Monica Wang

Obesity has become rampant in the United States. According to a 2017 National Center for Health Statistics study, about 40 percent of adults are obese. For children, nearly one of three is at risk of being overweight, today’s most common childhood medical condition. The medical community has been warning of the dangers: overweight and obese children have a higher risk of developing serious health problems, among them type 2 diabetes, high blood pressure, asthma and other respiratory problems, and liver disease.

Monica Wang, a School of Public Health assistant professor of community health sciences, whose research focuses on obesity, has received a $3.3 million grant from the National Institute of Diabetes and Digestive and Kidney Diseases to support a first-of-its-kind initiative to reduce sugary drink consumption and obesity risk in youngsters.

The program, titled H2GO! launched February 1 and uses an empowerment strategy based on youth-generated narratives. It is now in place at five Boys & Girls Clubs (BGC) in Massachusetts, with another five to be added later. The program grew out of a pilot study conducted last year at the Worcester BGC. That study found that participants and their parents and guardians drank fewer sugary drinks and more water over a six-month period and that the young people had decreased zBMI scores (an adjusted body-mass index measurement that takes into account how children grow), compared to counterparts at a demographically similar BGC in Lowell, Mass.

“What’s most exciting to me is that we designed this program to empower youth as positive change agents in their families and communities,” Wang says. “The breadth of creativity and depth of the personal stories they shared in the pilot study has by far been the most rewarding aspect of the project to witness.”

In the H2GO! sessions, which run six weeks, BGC staff lead 9- to 12 -year-olds in activities promoting replacing sugar-sweetened beverages with water, including blind taste tests of flavored water, a corner store scavenger hunt, and role-play skits about ways to drink water and what to do when tempted by sugary drinks. They will also create written, audio, and video narratives to promote replacing sugary drinks with water and provide strategies for doing that—and teach their parents and guardians what they’ve learned each week by sharing their narratives. The young participants will then lead a culminating BGC community event, featuring their narratives and taste tests.

“Our team designed H2GO! to be integrated within BGCs, making it well-positioned for scalability,” Wang says. “BGCs are an ideal setting for youth and community health promotion, particularly given their emphasis on empowering youth to lead healthy, productive lives.”

After the pilot program, Wang says, several BGCs around the state expressed interest in implementing a program such as H2GO! through their existing health programming infrastructure.

“Targeting sugary drink intake and obesity through youth empowerment is so appealing for Boys & Girls Clubs because it supports our goal of helping young people make good decisions,” says Jennifer Aldworth, executive director of the Massachusetts Alliance of Boys & Girls Clubs. “This curriculum is a great complement to the array of programs Boys & Girls Clubs currently offer, which develop young people’s capacity to engage in positive behaviors to nurture their well-being, set personal goals, and grow into self-sufficient adults.”

Thanks to the new grant, Wang and her colleagues will be expanding the program in a randomized trial with 10 BGCs spread across the commonwealth. Half of the BGCs will implement the H2GO! curriculum, while the other half will serve as controls (and then also receive the intervention after the researchers finish collecting the data). The trial is slated for BGCs in Lowell, Lawrence, Waltham, Allston, Holyoke, Westfield, Plymouth, Brockton, and two sites in Worcester.

This project, funded by the National Institute of Diabetes and Digestive and Kidney Diseases, one of the National Institutes of Health, is an academic-community collaboration among the Boston University School of Public Health and School of Social Work, the University of Massachusetts Medical School, and the Massachusetts Alliance of Boys and Girls Clubs.