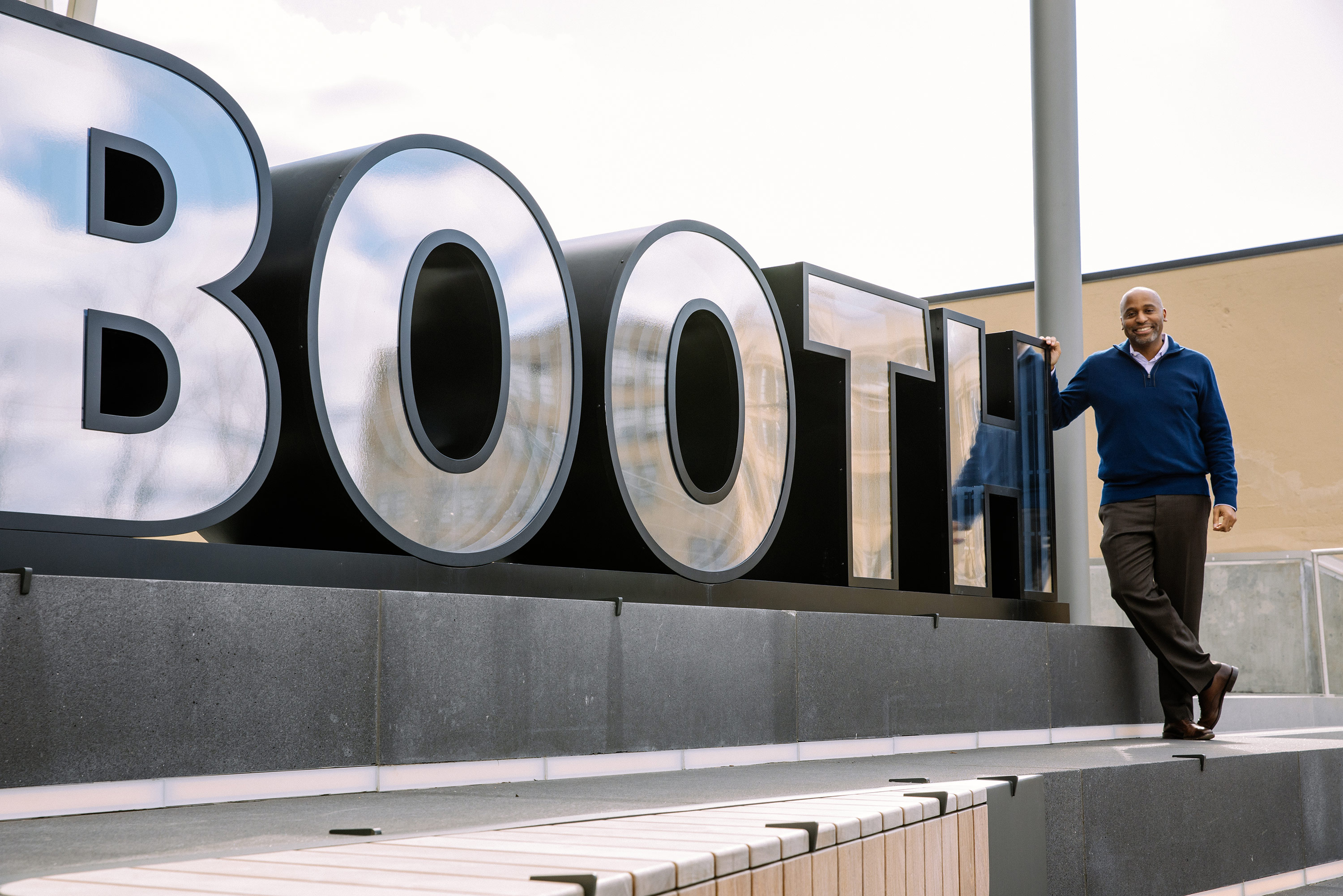 Harvey Young, dean of the College of Fine Arts, says investments in the college, such as the construction of the Joan & Edgar Booth Theatre, have helped him further his vision of heightening awareness of the arts throughout the BU community, and in Greater Boston. Photo by Natasha Moustache

State of the Arts

Last spring, Academy Award–winning actor Julianne Moore (CFA’83) sat down with a handful of acting students in the lobby of the Joan & Edgar Booth Theatre for a conversation about the craft. In 2018, playwright Martyna Majok, fresh off a Pulitzer win for Cost of Living, met with student playwrights. And Broadway casting director Tara Rubin (CAS’77), one of the top names in her field, treated students to a private workshop in how to audition earlier this year.

CFA students have had many opportunities to learn from some of the biggest names in show business. It’s the kind of exposure that gives students the deep perspective they need to forge successful careers, says Harvey Young, dean of CFA.

“By hearing people’s stories, by learning about those other people’s insecurities, their anxieties, those moments of doubt, it grounds our students,” Young says. “It allows students to see that even when they face adversity, they can still move forward.”

It’s also part of a renewed effort to bring the arts—the experiences Young says make “life worth living”—into more people’s lives on campus and beyond. The arts have never been more central at BU, as evidenced by the new BU Hub requirement that students of all disciplines take classes that satisfy an aesthetic exploration requirement.

And the campus has also benefited from having a locus of high-profile arts activity. The opening of the Joan & Edgar Booth Theatre and College of Fine Arts Production Center at 820 Comm Ave, across the street from CFA, ended the University’s 33-year residence at the BU Theatre on Huntington Avenue. The new complex, funded in part by a $10 million naming gift from BU trustee Steve Zide (LAW’86) in honor of his wife’s parents, has a 250-seat theater, production and costume shops, classrooms, and offices. Next door, at 808 Comm Ave, home of the new and expanded Howard Thurman Center for Common Ground and the 808 Gallery, significant renovations are underway.

And the CFA building itself is in the midst of an aesthetic transformation. Its imposing exterior will be converted into a pedestrian-friendly facade with arched floor-to-ceiling windows that will allow passers-by to peek inside. The Stone Gallery and the movement studio are also undergoing renovations that include a new street-level entrance.

Young, now in his second year as dean, says the investments have helped him further his vision of heightening awareness of the arts throughout the BU community, and in Greater Boston. Any night of the week this past spring, he says, a visitor to the area of Comm Ave just west of the BU Bridge had a host of entertainment options, from strolling between galleries to taking in a musical or theater performance to catching a live event, like a podcast taping, at WBUR’s new CitySpace venue.

“It feels different on this side of campus,” Young says of the growing arts and cultural district. “People are pausing, saying hi, there are waves and smiles. I like what’s emerging.”

The college has also been rethinking the kinds of performances and work it offers, hoping to broaden their appeal. Young says he and the School of Theatre faculty have undertaken programming changes at the Booth Theatre, for example, that will require at least half of the productions to be authored by women playwrights to better reflect audiences—and society.

The college will continue its commitment to bringing the arts to the world in new and inspiring ways. CFA faculty in BU’s Prison Education Program help inmates at the Massachusetts Correctional Institute in Norfolk give creative voice to their experiences while earning college credit. Collaborations with the School of Medicine include artist residencies and other programming. One brings BU caregivers and at-risk mothers of newborns together to compose lullabies that cement their bonding.

It’s a celebrated venue, first opened in 1900, where many professional musicians long to perform, and BU students get the experience as part of their education. Young advertised the students’ Symphony Hall performance on MBTA trains. The strategy worked.

Approximately 1,700 attendees filled Symphony Hall to capacity for the event, something that hasn’t happened in years, Young says.

“That’s a real sign of enthusiasm for, and embrace of, the arts here at BU.”

State of the Arts