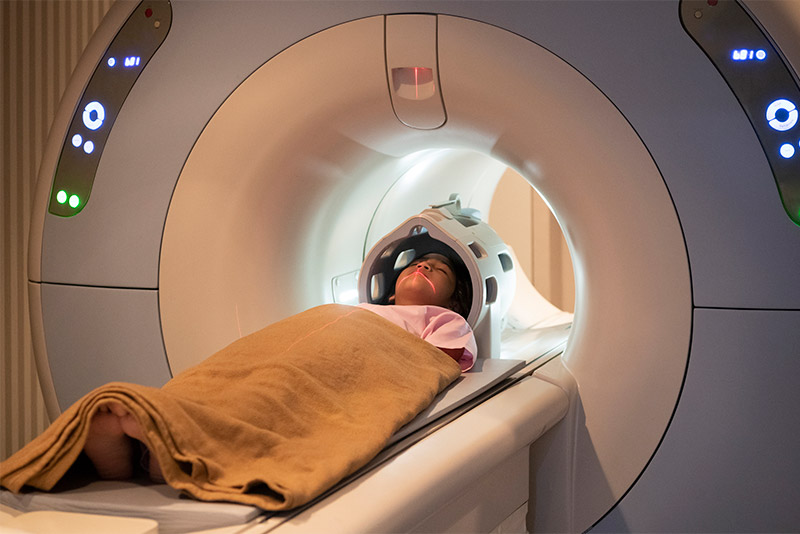 MRI technology may be helpful in diagnosing AFM, a polio-like illness that has paralyzed at least 116 Americans in 2018, mostly children. Photo by JohnnyGreig/iStock

Acute Flaccid Myelitis (AFM) may be a mysterious mouthful to you. But to Karl Kuban, Boston University School of Medicine (MED) professor of pediatrics and neurology, the rare but incurable disease that has paralyzed at least 116 people in 31 states in 2018, most of them under age 18, is grimly familiar.

Children are the majority of AFM patients, and Kuban has treated a few with the illness. “The outcome was poor, in that the neurological paralysis…left them with a permanent disability,” comparable to polio, he says. AFM attacks gray matter in the spinal cord, weakening the patient’s muscles and reflexes.

It’s possible that 2018 could see a record number of cases, surpassing the 149 logged in 2016 by the federal Centers for Disease Control and Prevention (CDC). The CDC, which began tracking the illness four years ago after its first major outbreak, is investigating another 170 possible cases of AFM this year beyond the confirmed ones. The highest incidence has been in Colorado (15 cases) and Texas (14). Massachusetts has seen two confirmed cases.

Since the disease can be caused by viruses that also cause polio and West Nile disease, the CDC suggests as prevention measures that parents and children get the polio vaccination and observe precautions against mosquitoes that can carry West Nile (such as staying indoors at dusk and dawn during mosquito season and wearing repellent).

In an interview with BU Research, Kuban, who also is cochief of pediatric neurology at Boston Medical Center, explains why he’s not surprised by the current surge of cases, the state of the search for a cure, and why this problem may get worse this coming winter before it gets better.

BU Research: What might account for this year’s spike in the number of cases and duration of the typical AFM season? Do we know risk factors for it?

Kuban: The cause of AFM is infection-related and, as such, can occur in clusters, as the virus is passed from individual to individual. The cold months, which bring and keep people together in closed spaces, create an optimal condition for respiratory transmission of the virus. Once the virus finds its way to one child by chance, the risk for dissemination to playmates, daycare-mates, and classmates rises dramatically, especially in the winter months.

There have been verified clusters in various parts of our country and around the world over the past 10 or so years. The most common virus family associated with AFM is the respiratory enteroviruses, especially enterovirus D68 [which causes cold-like symptoms or respiratory infection]. While the vast majority affected are children, adults with immune deficiency may also be at higher risk.

What’s the state of research into a cure—is one likely nigh?

In the same way that polio was dealt with by vaccination protection, the likelihood is that this disorder will also go that route if the prevalence continues to rise. [Jonas Salk’s polio vaccine, first administered in 1955, and subsequent improvements to it, eliminated all cases of the disease in the US since 1979.]

My understanding is that there is work being done currently to develop a vaccination. Some have considered use of medications in the acute period, including gamma globulins [types of blood proteins], steroids, and fluoxetine [an antidepressant]. In mouse models, fluoxetine appears to inhibit replication of some enteroviruses. But aside from rare case reports of benefit, none have made a significant difference.

How do doctors detect and diagnose AFM?

In the days of the polio epidemic, we had no availability of MRI neuroimaging to demonstrate the localization and extent of the attacking virus of the spinal cord. The current availability of MRI studies can quickly document the localization and extent of the damage, and may be able to better help with prognostication, and perhaps help assess efficacy of treatments that might yet be developed.

Still, if a vaccine were developed to protect against the D68 enterovirus, it likely would not protect against other viruses that also can be present with AFM. So in the same way that D68 emerged as polio moves to eradication, the likelihood is other viruses that affect the spinal cord, some of which we already recognize as a risk, will emerge and require new treatment and preventative approaches.