He flunked piano, so he gives to support young musicians 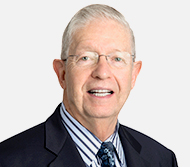 Martin Messinger, a managing director of the independent investment management firm Neuberger Berman LLC, is a summer resident of the Berkshires and a longtime patron of the arts. He helped the Boston University Tanglewood Institute (BUTI) celebrate its 50th anniversary, in 2016, with a gift of $105,000: $100,000 to endow the Eastman Scholarship Fund and $5,000 for current use as a 2017 summer scholarship. We spoke with him recently about his commitment to BUTI and his hopes for its future.

How did you first get involved with BUTI?

My property is directly across Hawthorne Street from the extensive property that BUTI has. I could hear them, but I never really got interested in the program until Hilary Respass, the executive director, talked me into coming to a concert.

I’ve been very involved with the Boston Symphony Orchestra, and there’s a great overlap. The overlap is exceptionally important, I believe, to Boston University, for the BSO’s sheer prestige in Boston, in the entire world of music, and the phenomenal leadership they have.

I’ve been very active also with the Tanglewood Music Center [TMC, the BSO’s summer academy for advanced study]. I’ve endowed students; I’ve worked on the different projects up there. So that’s another aspect.

The third aspect is I have been a life trustee at the University of Rochester. I’m also on the board of the Eastman School of Music there, and I’ve endowed a deanship of that school, and also done a building there in honor of my mother.

I did it because I flunked piano, and I felt I owed it to my mother.

What about your musical life now?

Down here in Florida, where I spend half the year, we have the New World Symphony. A lot of our TMC students progress through there before they get orchestra assignments. So I guess the career path is: go to BUTI, get into a fabulous music school, get into TMC, get yourself a chair somewhere. [Laughs] There’s a very good path.

And you see BUTI as a key first step on that path?

Well, BUTI has a very wonderful reputation in the pre-university world. There’s only a few high school–level programs that really stand out, and BUTI is one.

And the staff is an absolute delight to work with. Hilary can’t download enough information from you; she’s trying to learn all the time. Academically BUTI has been very strong from the beginning, and the current team has made them even stronger. I think they’re doing an outstanding job.

What are your hopes for this gift?

BUTI needs support for students, so I made a gift in the form of an endowed scholarship. I’ve done a number of these elsewhere. I usually specify that they be invested in the endowment, and limited to a 5 percent draw. It allows the available funds to grow with inflation, and in good investment discipline, because actually that’s my field.

And at the same time I’d like to encourage other people to do the same thing, so we have more scholarship aid.

So in a way it’s a challenge gift.

Of course. You’ve got to get more people to give it away while they’re alive—when you can see your students perform.

You’ve been involved with other music institutions. What made you decide that you also wanted to support BUTI?

It’s really my interest in music in general. I worry about music because we’re offering less and less of it in the academic environment, at every level.

If you want to encourage creativity, you have to do it through the arts. They’re very related. If you can play a Shostakovich Fifth Symphony when you’re in high school, then doing programming, for example, or anything with the internet, has got to be simple by comparison. It’s just wonderful training.

Do you feel that your music training helped you in the business world?

I had no music training. [Laughs.] My career ended when they wanted to transfer me to percussion.

What music has done is just enrich my life. What that means, somebody else will have to decide. I’ve listened to enough of my obituaries. Haven’t found one I quite approve of yet.

What would the ideal obituary include? Not that we’re in any hurry to write it.

“He gave it away with warm hands.”

Education is a Gift. Pass it on.

"Giving back was ingrained in us as kids. So giving to BU for all that it gave me seems natural."

SSW helped her do meaningful work, so she wants to help the next generation do the same.

"I would like to give this opportunity to medical students to live their dream in service of society.”

To say she was “involved” in campus life would be like saying Dean Elmore is a “fairly” recognizable figure.

Best summer activities according to our alumni

What's the best summer activity? We took it to Instagram to answer this question.