New video available: Our new video with UNCTAD highlights the urgent need for a Global Green New Deal. The content is based on two reports. The first, our joint report A New Multilateralism for Shared Prosperity; and UNCTAD’s 2019 Trade and Development Report “Financing A Global Green New Deal.” 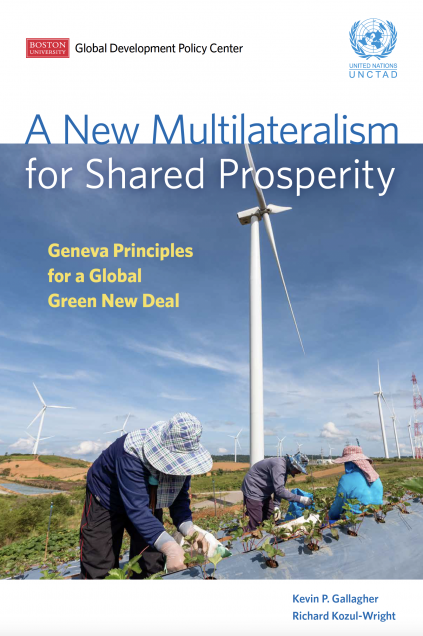 The multilateral system is in crisis.  After years of accentuating financial instability, inequality, and climate change, the system is now under attack on all fronts and may be pushed to the limit by the actions of the United States. In late 2018 and early 2019, the GDP Center partnered with UNCTAD to craft a series of workshops and consultations among stakeholders from the global policy, advocacy, and research communities.  Our goal was to advance a critique of the current multilateral system, as manifest in the trade and investment regime, and articulate a set of goals and principles for reform and regeneration.

This report, A New Multilateralism for Shared Prosperity, synthesizes those efforts and advances a set of “Geneva Principles for a Global Green New Deal” that can form the foundations for a new multilateral trade and investment regime that has shared prosperity and sustainable development as its core goals.

View the report in English here:

Moving forward, there are multiple platforms and opportunities to put these principles into action.  This year, the World Trade Organization is looking to reset itself with a new reform agenda going into what will be a ministerial year in 2020.  Of course, the United States Congress will be debating NAFTA 2.0.  The Geneva principles can help form the basis for a new foundation for WTO reform, as a ‘test’ to examine the extent to which the new NAFTA is indeed reform oriented, and in a number of other global and regional arenas as well.

The Guardian view on a Green New Deal: we need it now
The Guardian – Linking to Kevin P. Gallagher & Richard Kozul-Wright for Project Syndicate
Learn more 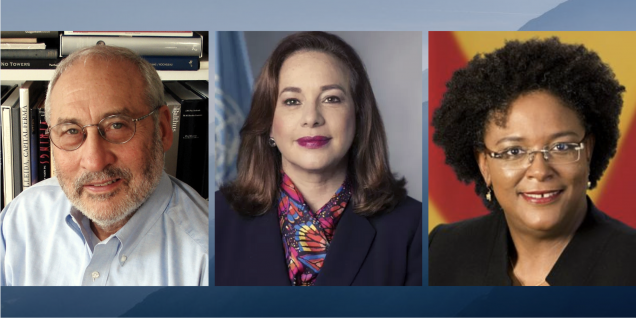