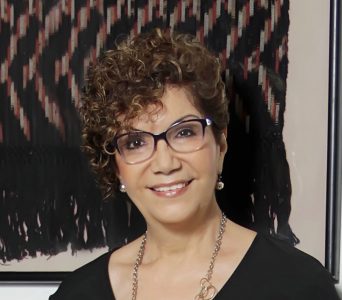 Dina Castro is the director of the BU Wheelock Institute for Early Childhood Well-Being and faculty in the Department of Teaching & Learning.  Her research focuses on equity and quality in the early care and education of bilingual children from immigrant, indigenous and other minoritized and marginalized communities in the United States and Latin America. It is conceptualized at the intersection of language, culture, race, ethnicity, disability, and class, and uses interdisciplinary approaches across the fields of early childhood development and education, bilingualism and bilingual education and special education.

Prior to joining BU, she was professor and Velma E. Schmidt Endowed Chair in Early Childhood Education at the University of North Texas (2014-2021). She also held positions at the Mary Lou Fulton Teachers College, Arizona State University (2013-2014), and the Frank Porter Graham Child Development Institute, and the School of Education at the University of North Carolina at Chapel Hill (1997-2013). Castro holds a PhD in Early Childhood Education and Special Education, an MPH in Public Health, and a BS in Clinical and Community Psychology, and has a graduate certificate in Latin American Studies.

What is a favorite finding or study that you produced, and why is it your favorite?

I have no doubts about that answer! It has been the Nuestros Niños Research Program. This program was developed by my colleagues and I while at the Frank Porter Graham Child Development Institute, at the University of North Carolina at Chapel Hill. The main issue that we proposed to address was how to support young children from Spanish-speaking immigrant families in gaining access to a high quality early education: one that makes them feel good about who they are as bilingual/bicultural individuals, where they can use their two languages in interactions with their teachers and peers, and where they see themselves and their experiences reflected in the curriculum in a meaningful and positive way. Such an environment will nurture positive development and learning in these children.

The Nuestros Niños research program began with a national survey of early childhood administrators to examine practices and policies to serve young Spanish-English bilingual children in various types of early childhood programs. This study also involved classroom observations and interviews with teachers, specialists, and directors. A major finding of the study was the limited preparation of early childhood teachers to effectively educate young bilingual children. Based on this finding, we created the Nuestros Niños Language and Literacy Professional Development Program, which was expanded a few years later, to add socioemotional development and mathematics learning with a focus on young bilingual children. We conducted two multi-site randomized controlled trials to assess the efficacy of the program. The Nuestros Niños Program provides a holistic, contextualized view of young bilingual children’s development and learning to improve the quality of teaching practices. We were able to work on this research program with federal funding for over 15 years. We are still writing about what we learned and are planning the next iteration of the program.

What are some challenges that you have encountered in your research?

In the early years of my career, I had to work a lot to convince people that this area of work,  the early education of children growing up bilingually, was important and urgent to address.  Bilingual children from immigrant families were not getting the support they needed in early childhood classrooms. I remember a colleague asking me “what else do these children need in addition to good developmentally appropriate practices?” The assumption was that early childhood practices that worked for White, middle class, monolingual English-speaking children would work as well for bilingual children from minoritized immigrant populations.

Now we live in a different world. We are talking openly about structural racism and how it manifests in early childhood settings. The conceptualization of developmentally appropriate practices evolved to include culturally and linguistically responsive practices, and more recently to be explicit about advancing equity. These ideas were not widespread when I began my work. There were not many early childhood researchers who were engaged in these conversations. I was able to connect with a some of them who were also interested in equitable education for young bilingual children, and we have worked together for many years. We joined efforts to make change happen in our field.

What has it been like seeing the fight for inclusive and equitable education change throughout the years and where do you see it going in the future?

I am hopeful for the future. All of us in the academia conducting research that can inform policy and practice should capture this moment and contribute to generate profound changes. I believe that there is an opportunity right now to do more to develop a deeper understanding of the conditions that have maintained inequities in the care and education of young children and propose transformative and bold action.

I am interested in policies because to see equitable practices in the classroom, there should be policies in place that promote their implementation. A final thought, if early education, and education in general, is not equitable, it will never be of high quality. Therefore, how equitable practices are defined is going to be critical moving forward. We know that for bilingual children whose home language has been minoritized, it begins with respecting and supporting their right to be bilingual.

By Aliya Omarkhanova (Wheelock’20) Dr. Kathleen Corriveau is an Associate Professor at Wheelock and Program Director for PhD Programs in Applied Human Development. As an award-winning researcher and a Fellow of… Read more

By Aliya Omarkhanova (Wheelock’20) Dr. Naomi Caselli is an Assistant Professor in Deaf Studies at Wheelock College of Education and Human Development. Her research focuses on how early language experience affects… Read more 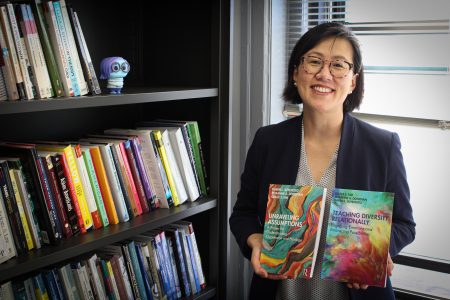 Interview by Angela Xie, SSW ’24 As a Latino first-generation college graduate, Michael A. Medina is interested in the systems and contexts that support student success. An assistant professor of… Read more

Promoting Strength and Resilience among Transgender and Nonbinary Adolescents