An article published by Dr. Christine Montecillo Leider, BU Wheelock Clinical Assistant Professor for Language Education and Program Director of Bilingual Education and TESOL Licensure has been reported as one… Read more

Welcome (Back) to Wheelock: Recently-Awarded Faculty

We’re kicking off the fall semester with a look at our new, promoted, and awarded faculty members. In this post, you’ll meet t he full-time faculty members who have received… Read more

A School on the Move: How the Donald McKay School and BU Wheelock Formed a Lasting Partnership

When the Donald McKay School became the first school in East Boston to win the prestigious Thomas W. Payzant School on the Move Prize in November, 2018, the city took… Read more

Jennifer Eliezer (COM‘14 , Wheelock‘18) is a recipient of a Fulbright U.S. Student Program award. She will be putting her Master of Education in Teaching English to Speakers of Other Languages to use… Read more

Wheelock master’s student Elly Czajkowski shares how an online course taught by Dr. Chris Leider made a difference in her everyday teaching practice. Elly is an English Language teacher who… Read more

Drs. Christine Leider and Mary Hughes elected to MATSOL Board of Directors

Clinical Assistant Professor Christine Leider and Lecturer Mary Hughes have both been elected to the Massachusetts Educators of English Language Learners (MATSOL) Board of Directors. Dr. Hughes will also serve… Read more

Dr. Leider and students present ‘portraits of bilinguals’ at BC Diversity Challenge

Dr. Christine Montecillo Leider has accepted an appointment as Clinical Assistant Professor of Language Education at the School of Education, to begin on July 1, 2016. Dr. Leider’s teaching, research,… Read more 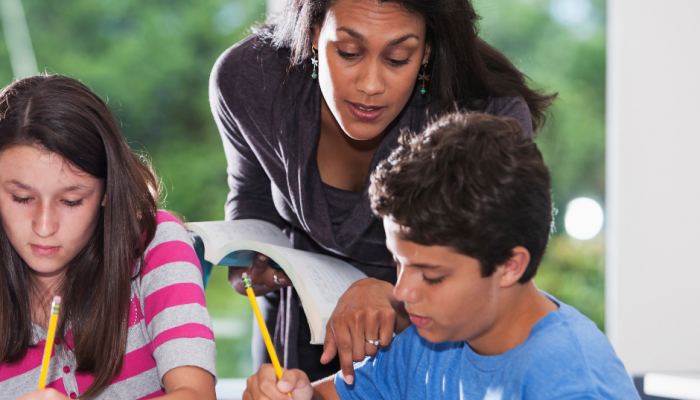 A few weeks ago, one of my kids told me she had a sore throat.  “Oh no, here we go,” I thought, since there were students in her class who… Read more

Every day, teachers make decisions that shape their jobs, classrooms, and students’ experiences. Although they seem like individual choices, these decisions are inevitably impacted by a broader context of district,… Read more