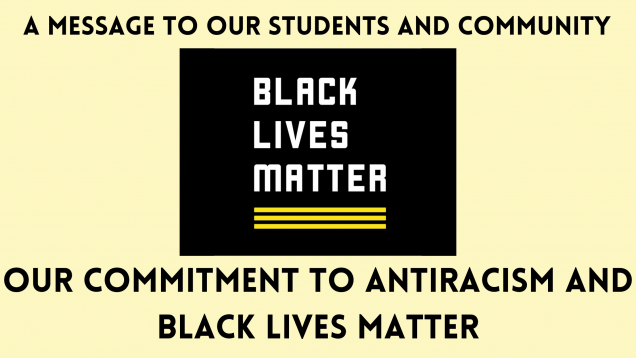 We the faculty, graduate students, and staff of the Department of Sociology at Boston University condemn the murders of Jaymil Ellerbe here in the Boston area, Ahmaud Arbery and Rayshard Brooks in Georgia, Breonna Taylor in Kentucky, George Floyd in Minnesota, and Tony McDade in Florida—six people among the innumerable killed by police or white vigilantes. These deaths are unbearable and unacceptable. We reject the widespread police violence and white vigilantism against Black people, as well as other communities of color, and share in the collective outrage in the United States and worldwide. We offer our unqualified support of those who engage in acts of protest and civil disobedience. In the strongest terms, we believe the demilitarization of the police, a fundamental reimagining of community safety, an end to mass incarceration, and reparations for state-sponsored injustice are among the necessary steps for rectifying these institutional harms.

We recognize that white supremacy and racism that allow this and other violence to persist are not limited to our police departments and prison systems. Racism is pervasive and woven into all social institutions, including our own University and department. Recognizing that we are a predominantly white institution and department, we commit to doing better and advocating for change within and beyond our institution.

To that end, this is the inaugural statement of Boston University’s Department of Sociology antiracist platform, with regular updates to follow. Boston University sociology commits to showcasing the immense contributions of underrepresented scholars in sociology, hosting early career scholars of color to present their work as part of the department-wide colloquia and Emerging Scholars Program. Building on this starting point, in Fall 2020, we introduced a Race and Racism speaker series that features research centered on systemic racism, particularly around issues of state violence, policing, mass incarceration, and health disparities.

Members of the sociology faculty have also formed a diversity, equity, and inclusion (DEI) committee to organize discussions among our faculty, staff, and students that address anti-Blackness and racism, and generate concrete recommendations for incorporating antiracist practices into our teaching, hiring, graduate student recruitment, programming, and community engagement. We will review our curricula to underscore the centrality of race and race scholarship for sociological theory and methodology. These are the first steps in a long and ongoing process towards antiracism that engages and incorporates the views of our students, staff, and faculty.

As we pursue these goals, we are grateful to be part of a large and vital community committed to antiracist pedagogy in curricular and extracurricular activities at Boston University. The new BU Center for Antiracist Research, established in June 2020, engages with faculty in the sociology department, among others, in collaborative and community-based research to inform antiracist policy at BU and beyond. Our colleagues in the department of African American Studies and the BU Law School have put out statements and reflections on the murder of George Floyd and the ongoing crises of state violence. Across BU’s campuses, there are additional valuable programs and resources on racism and racial inequality developed by UMOJA:The BU Black Student Union, Office of Diversity & Inclusion, School of Public Health, and the Howard Thurman Center.

We want to create and encourage dialogue and be accountable to our community – both within and outside the Boston University campus.  We join you in pursuit of a better, more just world for all.

We are excited to announce our Fall 2022 Seminar Series! Wednesday September...

Let’s Talk About Cities with Loretta Lees on Sept. 19th

Please join the Boston University Initiative on Cities, Department of Sociology, and...